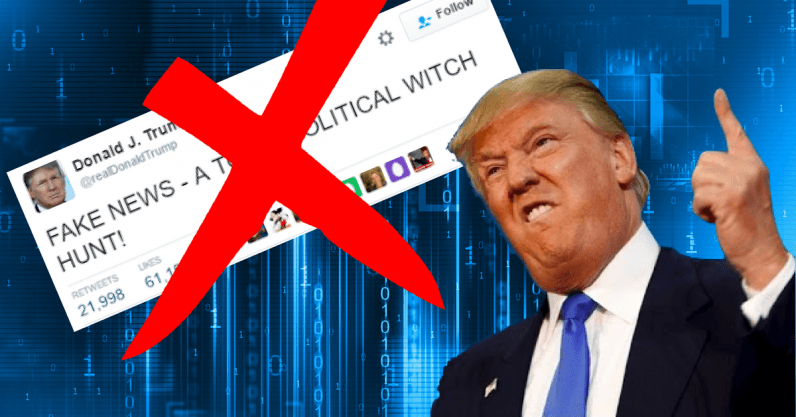 When President Trump promised to run the United States like his businesses, supporters imagined efficiency, strict budgets, and better ‘deals’ for America. As a startup founder who spent 20 years in marketing, I saw something different: A collapse in the use of facts.

In many businesses, stretching or denying facts is a strategy for winning deals or internal political battles. Many executives, including Trump, don’t want common facts. In a company, that has company cultural and financial consequences. In a society, it’s corrosive and destructive to the fundamentals of democracy.

As President Barack Obama said on David Letterman’s new Netflix show, “One of the biggest challenges we have to our democracy is the degree to which we don’t share a common baseline of facts.” He added, “what the Russians exploited — but it was already here — is we are operating in completely different information universes.”

If we want to understand Trump’s actions and restore a baseline of common facts, we can look for answers in business.

The White House repeats two narratives often heard in boardroom presentations. First, everything is better and greater because I am responsible. Second, something is broken, but someone else is to blame. The executive finds convenient data then draws a misleading insight to support either argument.

For example, the Fact Checker blog at The Washington Post reports that Trump made 2,140 false or misleading claims in the first 365 days of his presidency. His most repeated claim follows the first narrative. Trump took credit for the stock market growth 95 times, insisting that “…had the other side gotten in, the market would have gone down 50 percent from where it was.”

Like many executives, Trump finds positive data then takes credit for it. The Fact Checker team notes that Trump considered economic growth under Obama “a bubble” and ignored that foreign stocks are outperforming their U.S. counterparts.

Conversely, Trump blamed the 2013 government shutdown on President Obama, since “… problems start from the top,” yet blamed Democrats for the 2018 shutdown. Comedian Seth Meyers, who pointed out the hypocrisy, said it this way: “For each Trump quote, there is an equal and opposite Trump quote.”

If anyone questions Trump’s reality, he has a stock response to invalidate the critics: fake news.

The Trumps we work with

Trump’s fabrications have a dedicated Washington Post database because he’s the president. Misrepresenting the economy, immigration, or election interference has serious consequences. In business, people mislead each other in subtler, less scrutinized ways.

Consider the typical melee marketing and sales executives. Both departments will claim they “drove growth” during good times. The board is unlikely to question their narratives when business is thriving. Success is like ice cream — when you’re eating it, you don’t worry about which cow made the milk.

When growth stagnates, however, the facts become more important yet less attached to reality. The sales executive will prepare a chart blaming marketing for all the “fake leads” that never close. The marketing executive will say that the sales team is being lazy and not selling, despite receiving high-quality leads. Like Trump, business executives spin misleading insights to defend themselves and attack each other.

Misrepresenting the facts is easy at most companies because each department uses a different dataset. For instance, marketers pull their data from marketing automation platforms, while salespeople use a customer relationship management (CRM) system. Different data produces different insights.

An ‘insights economy’ may help

Once, people talked about the data, the research, and the facts. Now, it’s all about my data, my research, and my facts. Even alternative facts. We’re in a transition where data accumulates at such a fast rate, from so many systems and sources, that we can’t maintain its quality or extract insights people widely trust. Trump and plenty of other leaders take advantage of these circumstances.

In business, I’m optimistic about the rise of what I call the insights economy. Data has become a raw material akin to iron, timber, or oil, and insights are the finished product. As the quality of these insights increases — thanks to better sourcing, maintenance, and analytical techniques — they start to predict how specific actions will affect revenue and costs. Conflicting parties like marketing and sales begin to trust one baseline dataset because its insights become too prophetic to ignore.

No longer able to claim unwarranted credit or place undue blame, businesspeople choose a new strategy: Use the insights to create and document predictable results. When data becomes a neutral and trusted arbiter, executives can’t tamper with the facts as easily.

The question is, can we apply the insights economy to civic life? Businesses rise or fall depending on how they use data, but politicians and policies don’t.

The Congressional Budget Office (CBO), founded in 1974, remains the most trusted bipartisan source of insights on legislation, despite Trump’s attacks. Could strengthening and scaling the CBO for the Insights Economy make a difference?

Political data aggregators like Steve Ballmer’s USAFacts, which sources and visualizes data from over 70 government sources, might be the model for a broader CBO. USAFacts is stunning, but no one is forced to consume, trust, or use it. People can stay in their “information universes,” as Obama put it, and let algorithms deliver insights from their favorite pundits and ideologues.

In my opinion, our best chance at restoring a common baseline of facts is to focus on the next generation. To train them for an Insights Economy. To show why checking multiple sources is crucial. To reveal how news sources consciously or unconsciously inject bias into reporting. To show why vetting sources and methodology matters. To teach skepticism and critical thinking as a civic responsibility on par with voting.

Unless we train everyone to navigate an Insights Economy, our leaders can continue to manipulate facts strategically. I don’t believe we are stuck in a ‘post-truth’ world. An insights-savvy generation can pop the information bubbles that divide us and make us better.

Read next: North Korea's willingness to temporarily suspend nuclear testing can be explained by geology