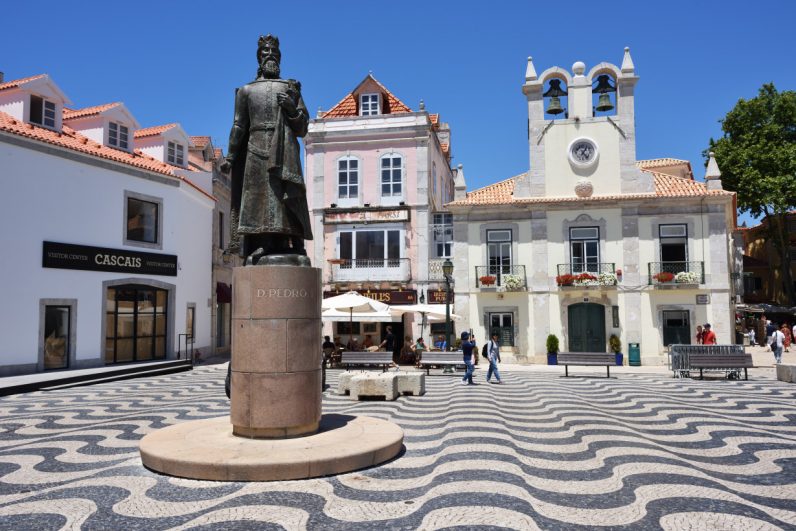 Ever since King Luis I decided to set up his royal summer retreat on Portugal’s coast in the late 19th century, the fishing village of Cascais has been transformed into one of the country’s top getaway destinations.

But tourists and retirees from all over the world aren’t the only ones who flock to the inviting beaches that rest only 20 miles west of the capital, Lisbon. Over the last decade the city of Cascais has complemented its atmosphere with lucrative business incentives that make it a locale where startups are blossoming on the shores of the Iberian Peninsula.

Government initiatives supporting entrepreneurship locally through accelerators, conferences gathering business and politics leaders from around the world, and programs sponsored by the European Commission – such as the European Space Agency – all attribute to the success of Cascais as a wellspring of innovation.

Add to the fact that the Portuguese government recently launched a StartUp Visa program to attract top international talent to the region, and you have a business-friendly environment that has opened its doors to innovation and to the rest of the world.

You can’t talk about entrepreneurship in the city without mentioning DNA Cascais, which is not only a leading incubator, but also the entrepreneurial wing of the local government that has supported over 320 startups and created over 1,600 jobs through its efforts.

Founded in 2006, DNA Cascais has been an important part of partnerships, accelerators, and startups to come through the city. It also has one of the largest school entrepreneurship programs in Portugal, with over 10 editions that have involved more than 18,000 students, 50 schools, and two universities through its entrepreneurial schools.

Among these, the IES – Social Business School, is the first Portuguese business school focused on innovation and social entrepreneurship, dedicating itself to the creation of sustainable business solutions.

The Municipal Chamber of Cascais itself was recognized by the United Nations this year as the only “autarchy” to win the prestigious World Summit Awards for government and citizen engagement through its app, City Points.

Based on gamification and the acknowledgment of citizens, the City Points app induces participants to take an active role in transforming the community. With one City Point at a time, participants improve their engagement in the sustainable city, and the rewards include perks such as free admission to museums, guided tours, free workshops, and tickets to events, to name a few.

Although Cascais is a popular destination with historic monuments, the city’s entrepreneurial ecosystem is as welcoming as its beaches. In the last century, Cascais attracted slews of artists, writers, and expelled European nobility as a means to get away from the rest of society. Today, the city is attracting big initiatives from the European Commission (EC).

Through Portugal’s Business Incubation Centres (BICs), the European Space Agency (ESA) put out an open call this year to startups working on projects or innovations for space technology and the non-space tech market to join its incubators with an incentive of €50,000 to develop their ideas.

The ESA is an international organization with 19 Member States whose mission is to shape the development of Europe’s space capability and ensure that investment in space continues to deliver benefits to the citizens of Europe and the world.

ESA BIC Portugal has three incubation centers in the country: the Instituto Pedro Nunes (IPN) in Coimbra, UPTEC in Porto, and DNA Cascais in Cascais.

Another EC initiative is also returning to Cascais this July. The 15-day European Innovation Academy (EIA) Entrepreneurship Program aims to make Portugal a leader in artificial intelligence and robotics by 2025.

The EIA is the world’s largest extreme accelerator for startups that turns an idea into a startup in 15 days, with over 1,000 participants from 150 countries and more than 200 startups participating.

As far as investments into startups go, in June of 2012 the most active venture capital group in the country, Portugal Ventures, was born as a result of the merger of three government-funded Venture Capital and Private Equity firms.

The VC firm invests in the seed phase of Portuguese technology, life sciences, and tourism startups, and it manages €213 million in assets through 19 venture capital funds.

Every year, DNA Cascais hosts a Global Meetup in collaboration with the Dutch “Get in the Ring Foundation,” and this year it will bring together more than 200 startups and 200 corporations, investors and business leaders from all over the world from May 30 to June 1.

But perhaps the biggest success story for Cascais, as far as attracting worldwide prominence in entrepreneurship and policymaking is concerned, came when the city was chosen for the annual Horasis Global Meeting, which brings together over 600 business leaders, heads of state, and academics.

Leaders from all over the world gather to discuss global change in Cascais, but the Lisbon suburb is also garnishing support from one of its biggest incentives in business opportunities, the European Commission.

With a population that barely cracks 200,000, according to the 2011 census, Cascais is one of the richest municipalities in the country. This year, the Portuguese government launched the StartUp Visa program to encourage foreigners to come and work in the country.

The StartUp Visa is a residence visa for non-EU-Schenghen startup founders who want to be part of one of the developing startup communities in Europe. The process is managed by IAPMEI and involves the National Network of Incubators, which has 70 certified incubators for the StartUp Visa program.

This is a really important step for the country. At the same time, the city of Cascais still has a ways to go in developing its entrepreneurial ecosystem. It’s startup scene is still young. For years the city has been on the losing end of an epic “brain drain” that has sent many of its best and brightest abroad.

However, there is great promise.

As a part of, and with access to, a tightly-knit community of entrepreneurs, a startup-friendly government, and investors, Cascais is growing similar to tech hubs around the world, however with a lot more charm and incentives that come from both within and without its borders.

This article was Co-Authored by Tim Hinchliffe, Editor at Portugal Startups and The Sociable

Read next: Facebook rolls out its downvote button to more users