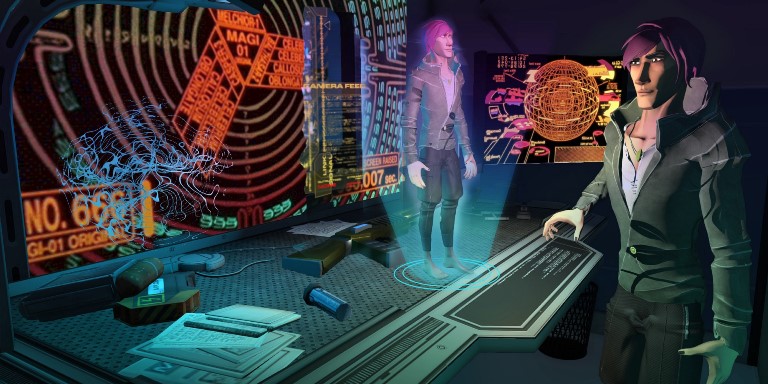 We live in a world today where the pace and scale of change is faster than ever before. And it is totally unlike anything we have ever known. Not only is the world around us rapidly shifting into a truly digital economy, but one that will become economically borderless. Existing technology plays a big role in this certainly, as ecommerce, content streaming, and other advents revolutionize our today.

But ultimately it is the technology that is forthcoming, the innovation on the horizon that will truly led this new era. At its core, this new chapter will see the rise of virtual reality and blockchain technology play a foundational role. And real and enduring change via these two forms of tech can already be seen. Let’s look now at the the latest progress in the world of blockchain and virtual reality.

In order to understand the growth and progress we are set to see in blockchain and virtual reality, it’s vital to first acknowledge the history each form of technology has held, and the recent period in which they’ve finally began to see convergence, and join together to realize a new domain.

Virtual reality tech has long been on the cusp of our society. Previous to this present period, the mid-90’s was the last time it really reared its head. A few demos here, a couple of video games there, but no tech was put forward that really harnessed the potential of VR. Put simply, nothing captured the imagination of the public in the way that virtual reality always should have.

This was owed chiefly at the time to the limitations of tech. Limitations that fast eroded in recent years as hardware and software capabilities caught up with the artist’s imagination. VR today is no longer on the cusp of our consciousnesses, it’s front and center in our daily lives, seen in the popularity of the HTC Vive, Oculus Rift, Google Daydream, Samsung Gear VR, and more!

The growth of VR was always expected if not overdue. Blockchain was a far more unexpected phenomenon. Though digital currency has long been theorized, it was only with the launch of Bitcoin and its blockchain in 2009 that theory shifted into reality. And thereafter recognition of cryptocurrency and blockchain’s distinctiveness, to see the latter drive a new digital landscape.

The potential for virtual reality and blockchain to share leadership of our new generation of technology is incredibly exciting. Especially as it pertains to the diffusion of content. As we shift to a truly digital and economically borderless world, it is clear the way in which we have previously done business will no longer suffice. Especially when it comes to digital content.

Even today the world plays host to a wide variety of digital formats and files. From CDs and DVDs, to Blu-Rays, MP3s, and then data files like docs and PDFs. These old formats will no longer fulfill the demand for greater integration in a new world of virtual reality.

But with blockchain the experience one virtual reality user has with one piece of content in one nation can be matched with the experience another user can have in another nation. And do so thanks to a shared and universal file format on the blockchain. No longer will business be delayed, friends separated, and content needlessly geo-blocked. Virtual reality combined with blockchain promises a future where everyone’s eyes see and enjoy the same world.

It’s true there remain challenges ahead to address in order to seize on the opportunities.

As Farabi Shayor, Co-Founder and CEO, ImmVRse has detailed well in a recent Medium post, issues like “inside-out tracking” in the VR universe still remain to be resolved in order to see delivered to the masses a truly natural and seamless VR experience.  As Farabi wrote:

An inside-out tracked standalone headset allows you to freely move around your space, no cables or powerful host computer required. All you need to do is put on a headset and experience tetherless VR, often with minimal setup

Right now the world of VR does not offer this experience universally. Progress remains to be made. So too does blockchain technology require more research to shift what we know can we do into actually getting done. And some of this growth may be a matter of years instead of months.

But ultimately, given how far virtual reality has come, and how fast blockchain has grown, its undoubted the future is bright for the potential of these two technologies, both individually and combined together. That is something sure to delight every person excited for the future of innovation, whether you want to spend it in this reality or a virtual one.

Read next: Blockchainpreneur: ‘I don’t know any good Ethereum developer that isn’t a millionaire’