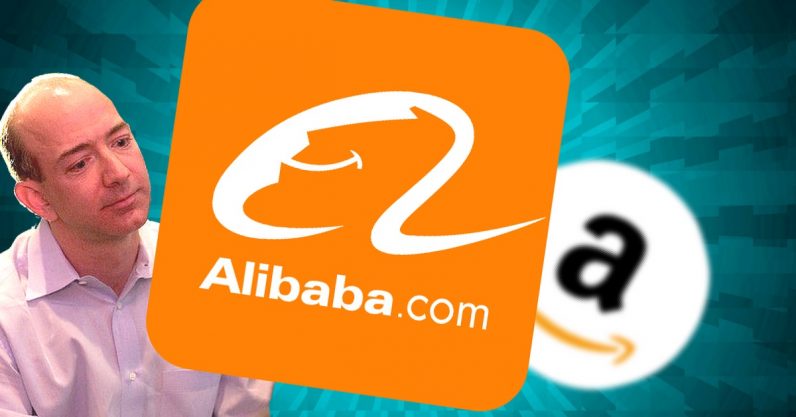 The data in our new 2018 Q2 Digital Statshot show that Alibaba has overtaken Amazon as the world’s most popular ecommerce platform.

Some of the supporting data even comes from Amazon itself, via the company’s Alexa analysis platform.

Taobao up to tenth

Alexa’s latest ranking of the world’s top websites shows that Alibaba-owned Taobao.com has moved up to tenth position, one place ahead of Amazon.com.

According to Alexa’s own description, these rankings are calculated “using a combination of average daily visitors and pageviews over the past month.”

Alexa reports that shoppers are spending longer on Taobao, too. On average, visitors spend more than 8 minutes per day on the Alibaba-owned platform, compared to the average of 7 minutes 40 seconds that visitors spend on Amazon.com.

The latest data suggest that Alibaba’s offerings are also winning when it comes to mobile apps.

App Annie’s ranking of the most-downloaded free mobile apps for March 2018 shows AliExpress in ninth place – the only dedicated shopping app to make the top ten.

App Annie’s rankings are based monthly download figures across iOS and Google Play stores from all over the world.

The latest numbers show that AliExpress jumped 12 places in these rankings since February 2018, to put it one place ahead of Snapchat in March.

As a side note, it’s interesting to see that Facebook’s mobile apps were still the most-downloaded and most-used apps in March, despite the Cambridge Analytica affair. You can dig deeper into the data behind this particular story in my in-depth analysis piece.

The longer-term findings in our ongoing series of reports show that ecommerce apps are gaining popularity, while the data in our recent Digital in 2018 report shows that more and more people are buying via mobile too.

However, the latest data from GlobalWebIndex suggests that people still prefer web-based retail sites over shopping apps by a significant margin.

Roughly 50 percent more internet users visited an ecommerce website in the past month than used a shopping app on their mobile devices, with men even more likely to choose websites over apps.

Meanwhile, GlobalWebIndex’s data shows that nearly three-quarters of all internet users across the world’s top 40 economies bought something online in the past month, suggesting that more than 80 percent of the people who visit online retail stores end up buying something from at least one of those stores every month.

For context, here’s a slide from our Digital in 2018 report, which uses data from Statista to break out 2017 global ecommerce spend across various consumer categories:You’ll find all of the latest data for internet, social media, mobile, and ecommerce use in our complete 2018 Q2 Digital Statshot report, which you can read in full for free in the SlideShare embed below:

Read next: This VR experience shows what it's like to be an escalator (no, really)