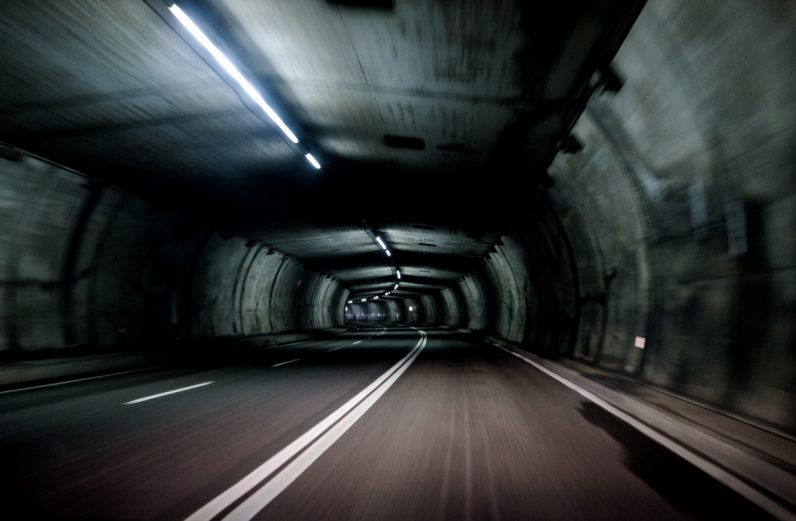 In the last year, the business and consumer markets alike have seen the release of advanced technologies that were once considered the stuff of science fiction. Smart gadgets that control every facet of your home, self-driving vehicles, facial and biometric identification systems and more have begun to emerge, giving us a glimpse of the high-tech reality we’re moving towards.

To find out which futuristic technologies are on the horizon, we asked a panel of YEC members the following question:

In 2017, we saw futuristic tech ideas become reality, from facial recognition applications to Elon Musk’s SpaceX reusable rockets. What futuristic technology might we see released in 2018?

In the transportation industry, a lot of hype surrounds automated trucking and delivery drones. While those may not become available in 2018, there is future potential there. In 2017, we saw cross-country, semi-automated truck platooning take place and the inception of new freight apps (Uber, Convoy), which could become disruptors in transactional freight markets if they gain more ground. – Kristy Knichel, Knichel Logistics

Quantum computing holds great promise in some areas, including cryptography and machine learning. But, until recently, progress was slow. This year, Google announced its Bristlecone quantum chip, which has 72 qubits. Google thinks Bristlecone can outperform classical computing in some areas and that ‘quantum supremacy’ will happen sooner than was thought. – Vik Patel, Future Hosting

With the superhero phenomenon and today’s technological advancements, it shouldn’t be any surprise that the U.S. Army is building a suit to withstand ballistic, shock and fire damage. It’s reported that a prototype will be complete in August of 2018. – Patrick Barnhill, Specialist ID, Inc.

5G networks, which will begin to roll out in 2018, will make a significant difference to the capabilities of mobile devices and wearables. With much greater bandwidth and significantly lower latency and energy requirements, 5G will drive developments in augmented and virtual reality, machine learning applications, and the connected city, creating a market for advanced applications and services. – Justin Blanchard, ServerMania Inc.

Maybe we’re not there just yet, but there is definitely research being conducted with very expensive MRI machines in order to map the relationships between thinking about objects and the brainwave patterns that thought process creates. It’s an exciting type of technology. – Nicole Munoz, Start Ranking Now

While self-driving cars are quickly becoming a hot trend, they are not the only piece of futuristic car technology that could come into play. Rumor has it that Porsche is working on developing flying taxis. Obviously, there is no chance that we see consumers in flying cars in 2018, but it will be fun to see what prototypes Porsche and other auto manufacturers can make in the flying car game. – Zohar Steinberg, token payments

Alexa, Cortana, Assistant and Siri have been all the talk (pun intended) for the last couple of years. While the consumer experience is still new, the technology is advancing quickly. Biometric authentication is increasing the way we prefer to secure and access our private data. In 2018, we will see voice authentication become a more widely used way of securing our information. – Andrew Howlett, Rain

Today, only a few major brands accept cryptocurrency as payment. Expedia, for example, allows you to pay on their site with bitcoin. These crypto payment options will only increase in 2018. We saw how quickly retail stores adopted Apple Pay when they realized accepting this convenient payment gave them a competitive advantage. Now it’s just the standard. Such will be the story with cryptocurrency. – Sara Rose Harcus, Hüify

I occasionally visit one of our suppliers in China, and I can certainly say that the single most significant barrier to doing business with this great nation is the language barrier. Sure, translation tools are a dime a dozen; it takes a moment to whip out an iPhone and type (or speak) a few words and get a translation. In 2018 we will see real-time translation devices. – Diego Orjuela, Cables & Sensors

3-D printing is here to stay, and my guess is 3-D printed food is next in line. Biozoon, a German company, has created different kinds of 3-D-printable powder mixtures that become solid when printed, and melt equally quickly when eaten. While Biozoon is targeting people who have difficulty in swallowing, it’s only a matter of time before we find raw materials to print 3-D food at the supermarket. – Derek Robinson, Top Notch Dezigns

Say goodbye to traffic. Elon Musk may move forward with The Boring Company’s tunnel development in 2018. He seems to have dedicated a lot of his time to building the tunnel and funding the project. This is a game changer for drivers who have to deal with endless traffic on the roads. He may just launch a test tunnel to see how it is functioning. – Sweta Patel, Silicon Valley Startup Marketing

As we become more fascinated by augmented reality on our mobile phones, we’re going to see an increase in AR development for glasses. Companies like Magic Leap are likely to release their technology, improving on current AR glasses like Microsoft’s HoloLens. – Syed Balkhi, OptinMonster

Read next: Blockchain and the sharing economy — a match made in heaven? This startup plans to prove it