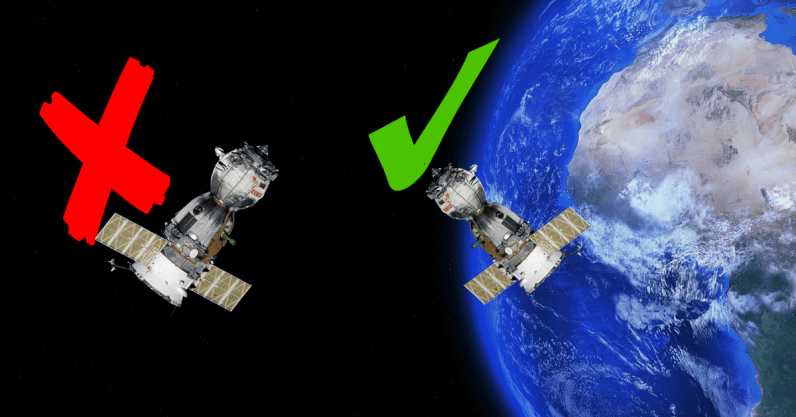 In The Art of War, Sun Tzu famously advised, “When the enemy occupies high ground, do not confront him.” But disruptive startup companies are famously irreverent, and so perhaps it is no surprise that scrappy new space ventures are challenging the Old Guard in orbit by doing the unthinkable: attacking from below.

Two cornerstone satellite services — telecommunications and Earth observation — are being reinvented by companies willing to boldly go lower than their firmly encamped competitors into orbits that were previously considered undesirable.

There is a very special satellite orbit 36,000 km away called geostationary orbit that is geometrically ideal for relaying communication signals around the Earth. A single satellite placed in this orbit can receive an Olympic television signal broadcast from Korea and relay it to London. The problem is that this orbit is very high up — so high in fact, that it takes quarter of a second for a radio signal to make the round-trip from Korea, up to the satellite, and down to London.

This time delay isn’t such a big deal if you are watching the giant slalom, but it makes something as simple as internet video conferencing almost unbearable. And it can’t be fixed, since radio signals travel at the speed of light and even Einstein couldn’t find a way to change this speed. A satellite in this geometrically ideal orbit must always suffer from this latency.

However, there is a potential fix to the problem — one that is dangerous, bold, and financially lucrative beyond all dreams. This is where the space startups come in, fifteen of them in fact, that all filed for licenses with the FCC in November of 2016. Their obvious solution is to fly the satellites much lower, at only 1,000 km compared to 36,000 km, so that the round-trip time of communications signals is reduced and thus satellites can reliably be used for global wireless internet without that annoying latency issue.

The problem is that you need a lot of satellites — like hundreds or even thousands of them. The satellites are so low that the satellite receiving the uplink from Korea can’t see over the horizon to London, so it has to first beam the signal to another satellite, which may have to hand it off to yet another satellite, and so on, before reaching a satellite that has line-of-sight to London. This is the kind of problem tailor-made for maverick startup companies.

Now on to Earth observing. The goal is, of course, to take pictures of things on the surface of the Earth using satellite-borne telescopes and then sell these images. Militaries can count how many ‘bad guys’ are camped out over the hill and big box stores can count how many cars are in their competitors’ parking lots. And both customers have deep pockets.

Space is great for this application because a single satellite, given a few days, will naturally pass over every single spot on the Earth’s surface. However, space is bad for this because, well, it’s so far away. To take pictures with good enough quality to count cars traditionally requires a very large telescope, which in turn must be carried by a school-bus-sized satellite, which costs hundreds of millions of dollars to build and launch. Only the biggest companies and national governments could afford the cover charge to get into the satellite imagery club.

Enter new space startups. Dozens of these companies are already flying hundreds of satellites that can take pictures of the Earth. But how did they get into the expensive satellite imagery club? By sneaking in with very small satellites that are much, much cheaper to build and launch. Satellites as small as a dishwasher or even a shoe box are, as we speak, beaming back thousands of images to paying customers.

Now, admittedly, these early images are not very good. The small satellites have small telescopes, so the level of detail doesn’t compare to that transmitted by the ‘big space’ players. However, like with the telecommunications problem, there is a bold, dangerous, and lucrative solution to this problem: go lower.

If a small satellite operator was brave enough to place her spacecraft in an orbit with a much lower altitude, thus moving the telescope closer to the target, then the image quality from the cheap startup vehicle can perhaps rival that of the exquisite big space bus that is farther away from Earth. There is of course no free lunch: with lower orbit altitudes also comes increased atmospheric drag. And the lower you go the worse it gets — exponentially.

A small satellite placed in a 250 km orbit, which is close enough to provide image quality rivaling big space telescopes, will come back down to Earth within a few days. It doesn’t matter how cheap your small satellite was to build and launch, this isn’t enough time to make your returns. This is partially why of the total 1,700+ satellites operating in orbit today, only five percent live in orbits below 450 km.

To keep a small satellite in very low orbit for any extended period of time, it needs an on-board propulsion system, capable of cancelling out the effect of atmospheric drag. And not just any propulsion system — futuristic gadgets known as ‘plasma thrusters’ are the only tool with enough performance to fill the role.

Given the financial reward that would come from a small-satellite Earth imaging system offering data quality equal to legacy companies, new space startups are not running scared, but instead running headlong into the lowest of the low Earth orbits with their heads down against the wind and glowing plasma thrusters strapped to their backs.

A new era for the space race

While so many of us in the space-faring industry — and indeed, as part of the human race — have always had our sights and curiosities set on what lies further beyond our home, it turns out that there’s an equally exciting and vastly untapped part of space located even closer to Earth.

Orbits that were previously deemed ‘space swampland’ are now prime real estate for those pioneers bold enough to move in. The young generation of companies focused on harnessing the advantages of new orbits is poised to transform business models and help bring us into the new space era.

Read next: An academic ethical review could have prevented the Cambridge Analytica breach