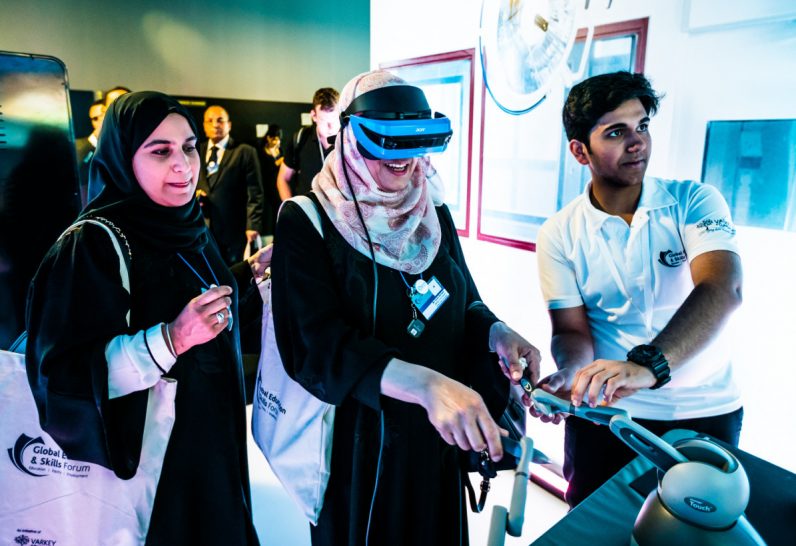 There is a lot of speculation about what will be the VR “killer app” but for me that’s actually asking all the wrong questions. For starters, it’s not all about just Virtual Reality, or Augmented Reality for that matter.

There is a whole spectrum of immersive technologies out there – and whether you choose to call that spectrum Mixed Reality or XR (which in turn can stand either for Cross Reality or Extended Reality, depending on who you ask) it encompasses a variety of ways in which we can blend the physical and digital worlds. Or as HoloLens inventor Alex Kipman puts it – the world of atoms and the world of bits.

But the main problem with that question is that it misses the point that these technologies are not about one application, they represent the evolution of personal computing and will revolutionize the way we interact with machines.

Yet if you held my feet to a fire and made me choose one area of application which I thought held the most exciting potential for immersive tech, I would have to say it was learning.

We all instinctively realize that it’s much easier to learn something by doing yourself than by watching, reading, or being told the same information. So it isn’t really that surprising that technologies that immerse you in various scenarios so that the experiences and actions within it feel naturally like your own will be a powerful vehicle for training various skills and sharing knowledge. I firmly believe that experiential learning is the future of education.

But predicting what that future will look like isn’t straightforward either, because immersive technologies can be used to teach almost anything to anyone. And that was the idea behind the immersive learning showcase at the Global Education and Skills Forum (GESF) that took place this weekend in Dubai.

The event, which is an initiative from the Varkey Foundation aims to improve the quality and access to education for people around the world. This year the forum focused on how we can prepare young people for the world of 2030 and beyond, and educators debated ways to make technology part of the solution.

And one way to do that is to use emerging technologies such as VR, AR (or whatever flavour or alphabet soup you opt for) to engage learners with experiences that they might not otherwise have been able to access.

And the Immersive Learning Showcase at GESF demonstrated just how broad the range of those experiences can be. From empathy-inducing pieces by Stanford’s Virtual Human Interaction Lab (VHIL) to visiting heritage and historic sites on the newly launched Cyark entering an Amazonian shaman’s state of trance with Awavena to performing surgery with realistic haptic feedback in virtual simulation programmes designed with direct feedback from surgeons, as was showcased by FundamentalVR it shows that – as VHIL’s Director Professor Jeremy Bailenson puts it in his latest book Experience on Demand – there is almost no skill that cannot be taught or improved by simulation.

Which is why if I get asked that old killer app question I always say learning, but what many forms that learning will take is yet to be decided, and it will be decided by the sort of people that were lining up to try those immersive experiences at GESF – teachers, students, and policymakers. In the end immersive learning will be literally whatever we want it to be. The possibilities are – in a very real sense – virtually endless.