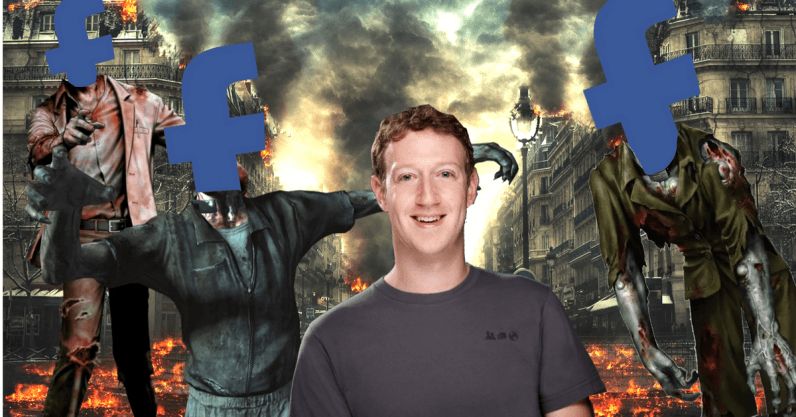 I predict that in five years time, Facebook will carry a health warning.

Of course, this is an outrageous prediction, but watching the fiddling going on at Facebook and other online giants while their empires burn, it’s clear they must instigate significant changes before regulators impose new controls. I don’t think that Facebook will carry a health warning not because it’s particularly bad for your health, but because it’s failing to learn the lessons of the past and come up with adequate responses to criticism

There are two main reasons. One, like many giant tech companies before it, it has allowed hubris to lull its executive team into the belief that it’s untouchable; that the overall good it’s offering outweighs the damaging consequences. That’s why Facebook felt it could enter the Indian market with a “free” internet offering that only provided access via its own social network. Unsurprisingly, it was roundly rejected by all sides in India.

Despite its mea culpa about failing to control fake news, extremist and bigoted content it has continued to profit from advertising connected to such posts. It has taken too long to accept it’s not operating in the best interests of its two billion plus monthly users worldwide.

The statements from its spokespeople have too often been guarded and vanilla giving the appearance that its lawyers are more central to its strategy than its technologists. And it has exuded the belief that its size will protect it, because it is simply too important to economies in every corner of the globe.

The litany of criticism from politicians, pressure groups, and media have proven it’s no longer immune. Indeed, I would argue the crisis facing Facebook is even more fundamental to the technology industry than the collapse and rebirthing process of Uber.

Don’t get me wrong I am glad Uber has been made an example of and it should serve as a warning that such behavior is no longer accepted. However, the challenges for Zuckerberg are more fundamental, because they risk undermining the company’s core business.

If regulators require it to strip out unsavory content and provide guarantees it’s not profiting from related advertising, then it throws its revenue model into question. If how the company tracks customers — and non-customers — must change, then it will no longer be able to assure advertisers of the same level of personalization; a central tenet of its sales pitch.

This existential crisis should not come as a surprise. We’ve been here before with Google, Intel, and Microsoft. The Microsoft “run-in” with US and European regulators was a major event at the time and has had a very significant impact on the company’s reputation ever since; indeed, I would go as far as to say the investigations surrounding Internet Explorer stirred up a storm that it is only just now dying down.

Ironically, Microsoft has been able to brush off some of those past negative perceptions, because it has been prepared to radically alter its business model; namely shifting from owning and selling proprietary software to embracing open source alongside its own products.

Facebook has a similar existential threat. The only way it can placate its critics is if it’s prepared to accept a radically different approach to its business model. If the social media giant refuses to see itself as a media company, then it must accept that it is a consumer product similar to those you would see in your supermarket.

This is why it will — eventually — accept a health warning as a way of educating users and protecting itself from excessive regulatory scrutiny. If Facebook cannot block illegal content and have the mechanisms in place to ensure the voracity of user generated content, then it will have to advise users about the potential limitations of what they are viewing and reading.

Clearly, this could have consequences for its relationship with users, who will make choices about whether they view Facebook as a trusted source; this alone could significantly impact its business. Yet if it does not take this step, it’s hard to see how it will remain beyond the reach of international regulators.

However, carrying a health warning will not be enough and Facebook should turn to next generation internet technologies to redefine its proposition. Ultimately, Facebook will have to redefine its relationship with its customers and this should include giving them more rights over whether they opt-in to the content and adverts they are seeing.

That would require giving users far more control of their data and potentially even rewarding users for access to their data. Ironically, Zuckerberg referenced this when he admitted that today’s internet is more centralized than ever before, a far cry from its original decentralized principles.

Getting back to decentralization

If Facebook wanted to return control to users, it could do so by returning to these original concepts. The decentralized web is producing far more innovation and a real movement for change in how we interact with online companies. A much more positive, and braver decision for Facebook, would be to embrace the decentralized web and become its champion; just as Satya Nadella did when he turned his back on Steve Ballmer’s venomous statement that Linux was a cancer.

Taking this approach would lead to a far more equitable version of the shared economy than the one we have today and could (long-term) incentivize more users to engage with the network. Naturally, it could dent Facebook’s traditional revenue model, but what if it adopted a crypto-currency? Zuckerberg appears to be exploring this idea already, but who does he have in mind to benefit from the rewards of such a currency?

There’s also a well-worn argument that the blockchain could ensure transactions are immutable and for Facebook this could mean that the ultimate sources of content could be more traceable. More importantly, though, it could become a mechanism which allows Facebook to reward its users for access to their data. This would create a far more mutually beneficial relationship and force the social network giant to work harder to keep customers with its network.

The key challenge is that any change must be embraced throughout the organization and not just be seen as the annual pet project of the CEO. Microsoft failed to recognize (or ignored) the warning signs for many years and I would argue this cost it in reputational terms for nearly 30 years. It’s only just back on track now. Facebook can learn the lessons of the technology industry’s past and by embracing the potential of the decentralized web it can turn a crisis to its advantage.