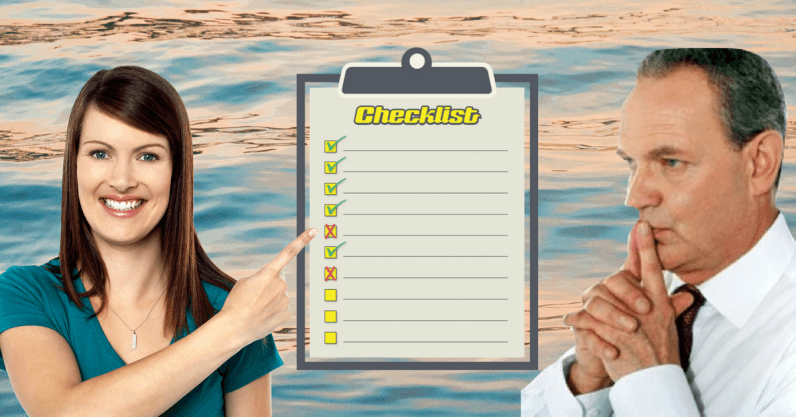 Everyone I know is working hard, yet only a handful are crushing it. Why is that? I think I have the answer and it comes down to our skills in two areas; prioritization and focus.

I first noticed this phenomenon when working as a strategy consultant. As I became increasingly disillusioned with the incredibly long hours and seemingly low impact our work was having, I started assessing my future. As a young consultant looking ahead to the leaders, I came to the realization that the situation probably wasn’t going to improve.

The partners of this firm rarely left the office until late evening and spent their weeks flying across the country, darting from one meeting to the next, doing and also creating piles of analysis and reports for their teams. Except for one.

One particular partner had an ability to cut through the busy-work and hone in on the main issue at hand. Despite living an hour’s drive away, he spent more time with his family than anyone else — and yet, he was consistently praised and promoted for his results.

He had figured out the two keys to being effective — and it wasn’t all about long hours and endless work. Instead, he had learned to prioritize and focus.

Doing a thousand things but getting nowhere

We’ve all had that feeling where we’re working at an incredible pace and intensity, but making very little progress. Never before have we been so “on” with notifications and distractions coming at us all day (and sometimes all night). It’s not just mindless pings and cute kitten videos either.

In fact, there’s a huge amount of brilliant information that can provide us with useful and sensible guidance which relates directly to our role. It seems there’s an endless number of things we could and should be doing. Yet, are we actually being more effective?

The reason it feels like our progress is low, is likely because it is! The idea that we can possibly be doing a thousand things and being effective is a huge mistake. In reality, it’s our ability not to do most things that will actually move the needle.

Great people know how to prioritize and focus

Think of the truly impactful, amazing people you know. Chances are, they have an uncanny ability to prioritize and focus. They decide what’s important, and then they do the important things. There are a handful of inspiring people that have described their systems;

It all sounds so logical and easy, but there are actually very few people that make a habit of working this way. But those that do, stand out as being exceptional (which is why articles like these exist).

So how do we improve our ability to prioritize and focus? The first step is to know what’s important and recognize the urgent, but less important things that tend to take up too much of our attention and time. Clearly, some of the less important but urgent things still need to happen, but wherever humanly possible, the things that you’ve determined as your top priorities should be done first.

Stephen Covey uses the analogy of rocks, pebbles, and sand in a jar. If we fill the jar with sand (our less important tasks), there’s no room for the rocks (the most important tasks). But if we start by putting the big rocks in place first, we can fit pebbles in around those, then pour in sand on top, and even pour in some water before the jar is full.

Get clear on your goals and vision

Write down your most important goals for the moment. (Don’t let this be something extra you read without taking action.) They don’t need to be your all-time goals or even for five years. Just list the top three things that you’re working towards right now. These might be a particular project, or they could be a certain metric you’re trying to improve (e.g. sales, customer satisfaction, users, retention, etc.).

If you find yourself with more than three top priorities, that’s a problem. Figure out which ones can wait until later. Having a laser-like focus on only a handful of things is essential.

Link your daily actions to your goals

Create a daily action list by consulting your goals. What are a few small but important actions can you do today that will move you closer towards your goal? Don’t go crazy with a huge list. Instead, it’s best to aim low! Choose just three to five things and make sure none of them will take more than an hour. (Yes, you’ll probably work more than five hours but leave some time for the less-important other things that will no doubt come into your day.)

Write a list daily and don’t just mindlessly carry things over from the previous day. Instead, review your goals and consciously ask yourself what actions are most important now.

Sheryl Sandberg advises her teams to use ruthless prioritization, saying an ability to let go of good ideas, to make room for truly great ideas is key. And yes, it really does feel like you need to be ruthless!

Put the blinkers on and focus

With a daily action list in hand, we now need to develop the habit of actually doing the list. This is why it’s important not to overestimate how much we can realistically do in a day! Instead of being a list that grows as we add more and more items, an action list is one that gets done — every day! Work in sprints and stay on one single task until it’s done (or it’s waiting on someone / something external). Take a short break them move to the next one.

Our ability to focus and force ourselves to sit with a difficult task while we work through the hard parts is what will help us make great progress. It’s uncomfortable, but it’s what it takes. (Unfortunately, often our most important priorities involve difficult things!)

Taking small but consistent actions towards our goals is what makes the difference — so get ready to crush it! In my view, our ability to prioritize and focus are the two most important traits required for true success.

Read next: 5 virtual reality trends to watch out for in 2018