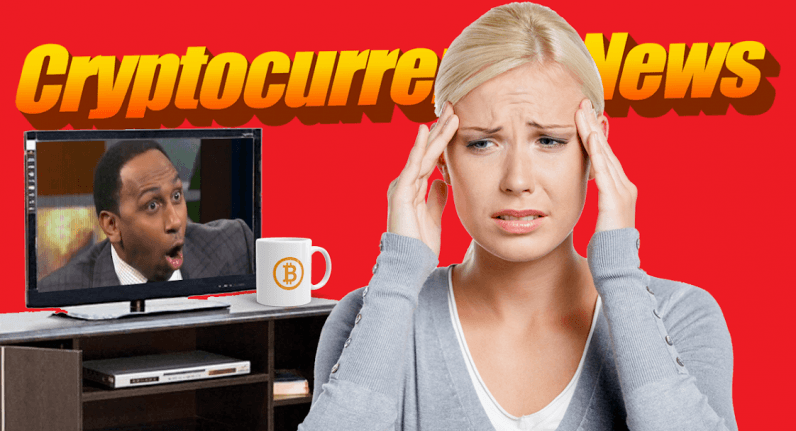 You KNOW I am sensitive to those losing money in the cryptocurrency crash.

Did you see that everything’s gone down the toilet again? BTC below $10k, ETH below $749.42, my Ford Taurus below a river bed because I had an “interesting night” on the town and “wasn’t looking at the road” because I was “watching Kitchen Nightmares on my iPad, fully covering my windshield.” There was no newsletter yesterday because I lost the private keys I installed on my front door, so I had to destroy the whole thing and get a new one. I also had to sleep outside.

Wait, what? Qarnot (pronounced “Ffffnert”) is a French company that created what…seems to be a cryptocurrency miner specifically built to create heat, so that it can be a heater? This $3600 whatever-it-is basically heats your home by overworking two GPUs. So, for your money, you’re basically buying a really shitty cryptocurrency miner and a dangerous heater. At that price, why not buy, say, an incredibly expensive Dyson air-heater for $600 and spend the $3000 on a miner? I dunno. Maybe you love spending money on dumb shit. I wonder what AMD would think of having someone deliberately overwork two Radeon RX580’s to create heat? This just seems like a really bad use of electricity too.

Lightning fast Justice Seekers Twitter dot com have succeeded in finally admitting that they might consider thinking about planning something to potentially consider the inkling that they might begin investigating the positive likelihood of almost trying to wrack their brains about a meeting to look at a powerpoint presentation that posits that one might ban those people that pretend to be other people to solicit crypto.

Honestly one of the easiest ways to do it would be to do a brief ban on posting cryptocurrency addresses (over the top but it’d work short term) and then create an algorithm that notices this stuff. Maybe just have one guy who watches the posts of every major exchange and such to watch for these people and delete them the moment they pop up. Eh, sounds too much like hard work. Moving on!

If I owned Amazon I would quietly make a reasonable offer to buy the rest of the BTC from the Mt Gox Committee then start accepting Bitcoin on my site. from Bitcoin

Coinbase, not content with letting people down about Ripple, has decided to announce their cryptocurrency index fund. This fund promises to be a market cap-weight position in the four cryptocurrencies listed on GDAX according to the thing I just linked, which sounds interesting as long as you don’t think about that you’re having a fund done entirely based on people’s whims and the whim of Coinbase. What a genius idea. Four currencies? That’s it for a fund? Just seems stupid.

So Binance may have been hacked, but nobody quite seems to know. Apparently they sold people’s altcoins for Bitcoin. Which doesn’t really sound like a hack, and more a strange “error” where “the exchange” may have “done something wrong.”

So, I totally believe the guy who stands to lose tons of money if things go wrong. Also it rules that literally someone created a bot IMMEDIATELY to respond, with a blurred photo so Twitter’s impersonation rules don’t count:

Just amazing. And it’s been up for two hours! Nobody at Twitter is actually in the office!

Mr. McAfee (@officialmcafee) just gave me permission to divulge that I am one of his live-in security. I am ex military police, but nothing could have prepared me for this job. I love it. It's the one opportunity I thankfully did not pass up. pic.twitter.com/Y37rhtXJdc

Read next: Try this AI experiment that converts 2D images to 3D