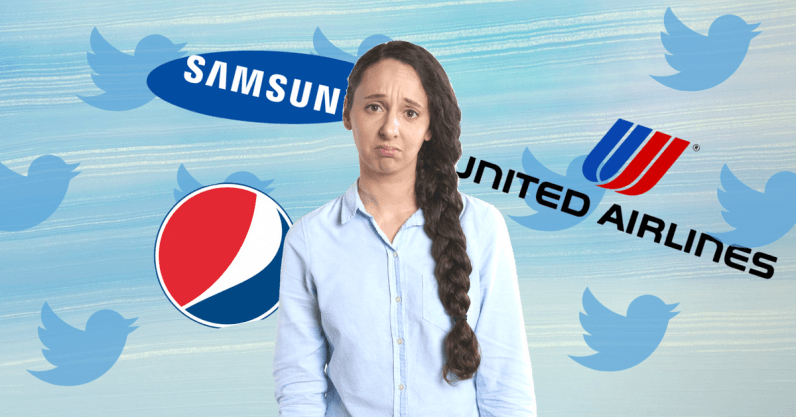 Social media is a place for brands to amplify their stories, humanize themselves, and connect with the people that make them what they are. More recently, it’s also become a stage for consumers to take brands to task for their missteps. As a social strategist and creative on the agency side for the better part of a decade, I’ve seen my share of digital crises and the aftermath.

Social has ignited the rise of a culture where bad actors are called out and negative experiences are no longer discussed behind closed doors. Given the nature of social as such an accessible, public channel for consumers to demand accountability and resolution, a single call-out can snowball into a reputation crisis for a brand that isn’t prepared.

If anything is crystal clear to me, it’s that call-outs don’t happen in a vacuum. The impact of call-out culture echoes to every aspect of a business, from consumer sentiment to revenue. A single negative post has the potential to reach thousands of people in a matter of seconds, on a truly global scale. If your brand isn’t prepared to react quickly in the face of today’s viral culture, you’re effectively risking your reputation and opening up your bottom line to long-term damage.

It starts with accountability

In the midst of a brand crisis it’s easy to see the merit in defending your position. But 55 percent of consumers aren’t looking for loaded explanations or defensiveness, they’re looking for an apology and a solution. Reactively explaining, rather than actively fixing, keeps your brand in the hot seat and can lead to lasting negative impressions of your business.

A slew of brands are making concerted efforts to move toward humanizing their corporate and social entities, so it makes sense that pushing policy-focused responses and stock language rather than addressing and solving a public problem can rub consumers the wrong way. In most cases, a company needs to respond immediately, be transparent and take action.

When Pepsi experienced the PR crisis heard ‘round the world — treading into political waters with a commercial that attempted to speak to its millennial audience — the social reaction was swift. After an immediate barrage of tweets calling the company out for a seemingly tone-deaf message, the ad was pulled within 24 hours of being released.

Pepsi was careful to respond not with defensiveness, but with a plain apology. “Clearly we missed the mark, and we apologize,” Pepsi wrote the following day. A simple media statement that was honest, remorseful, and human.

In my experience, the answer to moving forward from a brand nightmare starts with business operations rather than PR damage control. Instead of leaning on a communications team to spin the issue, work toward correcting the issue from within — and immediately follow with an honest, authentic public statement about the importance and execution of those efforts. When the media calamity subsides, the public will remember your response and your effort (or lack thereof) to rectify.

We all saw what happened to United last year. It wasn’t pretty and the numbers reflected that. It was estimated that United Airlines’ stock dropped by 6.3 percent within a day following video footage of a passenger being forcibly removed from a flight going viral across social media. That’s a $1.4 billion loss in the company’s value. That’s chilling, but devastating results like this can be mitigated when brands leverage social to put a proactive customer care strategy into effect.

Data from Twitter shows that customer care on their platform is the key ingredient to boosting consumers’ willingness to spend. The data shows how a simple response when a customer reaches out to your business increases that consumer’s odds of spending three to 20 percent more with you in the future.

Social has never been a more influential tool in consumer decision-making. McKinsey surveyed 20,000 consumers across Europe and found that social recommendations are behind more than a quarter of all purchases. Momentum on social has a ripple effect. Most consumers say they’ll share others’ complaints or join in with their own experiences, setting the stage for the shift in consumers’ buying decisions.

So use a crisis as an opportunity to reevaluate everything, from product and advertising to brand strategy. In the wake of Samsung’s Galaxy Note 7 recall, the company launched a series of apologetic ads discussing the safety and quality testing of their latest product release, as well as releasing investigation details into the faulty devices. This proactive commitment to transparency seems to have paid off, as the company was able to set record profits that quarter, despite the recall.

Missteps happen in business. A social call-out can be the canary in a coal mine that illuminates a larger issue within your organization. For United, we saw it spur a revision of corporate policy and employee training around the rebooking process; for Samsung, we saw a renewed commitment to enhanced quality testing and the public accountability around that process.

A PR blowout on social isn’t the end of your reputation. A leader is always willing to seek out areas to improve and digital crises like these offer us exactly that opportunity. Leverage what you learn about your customers’ experiences through the lens of the call-out, acknowledge and right the issue, and leave the public with a better impression of your brand.

Read next: Build and run a Cisco network — and have all the credentials you’ll need to get hired