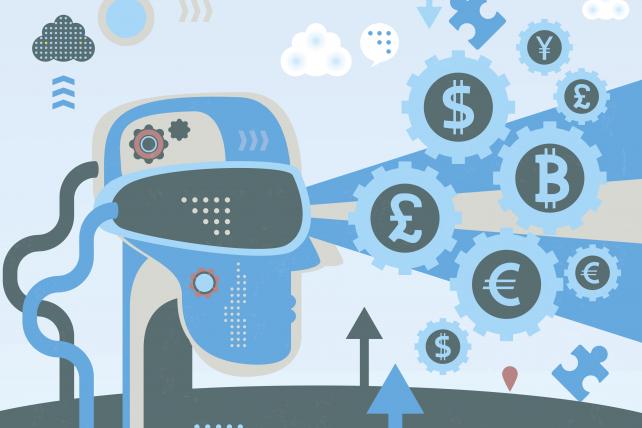 While internet video continues to grow its coverage, television advertising is losing ground. Young people no longer watch TV as they turn to YouTube, Netflix, and other sources. As such, advertisers are actively transferring budgets from TV to digital sectors.

We are going to look into the questions: “Why is native video advertising likely to replace TV?” and “who is driving the change?” More importantly, how can companies adapt to the changing face of advertisement in this increasingly digital age?

The stats are obvious: TV advertising is failing

What the “old world” had always feared is happening right before our eyes as digital penetration is outstripping TV in all respects. In 2016, US revenues from digital advertising exceeded revenues from TV for the first time — $72.5 billion (+22 percent) compared to $71.3 billion from TV.

The same happened in Russia in Q3 of 2017. For the first time ever, the internet advertising market outperformed the revenues of the TV segment with 41 billion rubles as opposed to 36.5 billion. The global trend is evident as the share of advertising on digital channels continues to grow while declining on TV. Adidas, for instance, has completely withdrawn from TV advertising, deeming it ineffective for their Central Asian market.

The young generations care nothing for traditional advertising

Television loses badly in the battle for advertising budgets through its critical shortage of a young audience (13 to 24 year olds). Young people still do watch TV but they seem to be doing fine without it. Only 36 percent of consumers noted that they cannot do without a TV screen. Meanwhile, 67 percent cannot imagine their lives without YouTube and 51 percent seem to lose meaning in life without Netflix.

The same audience is watching 2.5 times more internet videos than traditional TV. On average, they spend 12.1 hours each week on free internet content and 8.8 hours on paid internet videos as opposed to 8.2 hours of television.

Even if the target audience does watch TV, the advertiser stills pays through the nose to reach it. For the consumer, television is an advertising billboard. It conveys some general information, but it is generalized in its address, not directed at a specific person or even an entire audience. The internet prevails here once again.

If advertising in social media or on YouTube has come to the attention of a viewer, then we can confidently say that the viewer has seen it for a reason, as that viewer became part of an audience the advertiser is interested in reaching. Furthermore, preference is given to video advertising. The younger generation is quickly getting used to it due to early contact with pads and smartphones along with fast access to the internet.

In the fight against television, video-bloggers are the internet’s heavy artillery. They are undisputed opinion leaders for the younger generation — average people with common problems who speak about familiar topics.

Interestingly enough, vloggers are actively involved in the advertising campaigns of well-known brands, help raise brand awareness, and sell goods and services. Nowadays, becoming successful in vlogging is much easier and with a lot more room for financial growth. For example, Ryan, a six-year-old boy from the US, posts toy reviews and earns $11 million a year.

Video bloggers are a guaranteed way for advertisers of reaching target audiences and getting predictable results. Influencers share their experience of using the product and, unlike traditional TV, such advertising is unobtrusive and less annoying. In addition, even working with top 10 video channels is much cheaper than advertising on TV.

Promoting native content is much more lucrative than traditional advertising

The day television is finally laid to rest, the final nail in its coffin will be hammered by influencer marketing. Even now, return on investment from online videos is 77 percent more than from TV promos. This means that the barrier for entry into the market is considerably lower. The sector is now open to everyone, not just large companies, as those who previously could not afford market entry are actively in the game.

The main trend nowadays is native advertising through opinion leaders. The viewers receive the promos discreetly with benefits and such offerings allow companies to present products as efficiently as possible and get transparent results on publication.

Subscribers see native video ads in a positive light, so they react actively to the promo, especially when it looks as natural as possible. With the current level of authors’ technical training and creativity, paid videos are more interesting than their usual content.

The main question for advertisers is looking out for platforms to place a native promo. There are several ways — either wasting time and negotiating with each resource individually (negotiations can drag on for any reason), or finding those who will do it for them by providing a ready-made solution.

As one might expect,  such tools are not just a trend’ they are a glimpse into the future. Traditional advertising is slowly dying and a personalized Internet, along with personalized advertising, is the true future.

It’s a winning situation for everyone

For advertisers, reaching a targeted audience for cheaper and thus seeing a bigger return on investment is essentially a dream come true.

For regular consumers, removing the need to watch obtrusive ads and instead view products and services that they might actually want to use via people that they trust is the best of both worlds.

Read next: The importance of having a socially conscious business