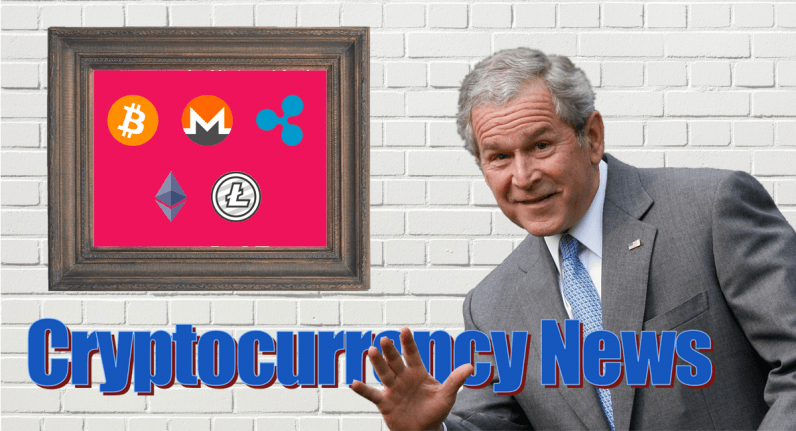 Oh say can you see, by the dawn’s early Litecoin, something something about America, ♫♪ joke! ♫♪

Litecoin forked up their own blockchain

So Litecoin cash allegedly launched, but it didn’t really because they’re actually yet to launch a wallet. Despite that, Yobit, a really untrustworthy exchange, rewarded people with “Litecoin cash” despite there not being an actual LCC blockchain that exists. As of writing this Litecoin cash is $3.68, or roughly three XRP (Ripple), which is kinda funny honestly.

“Not sure who that big buyer was but many have bought this dip and have added since the rebound and additional regulatory clarity in the US and Asia,” Alex Sunnarborg, Founding Partner of Tetras Capital said.

Man thanks for the astute commentary Alex, definitely needed you to step in and give your Bitcoin expertise to say “lots of people buy the dip and uh, there’s some regulation stuff.”

Reminder: cryptocurrencies are still a new and hyper-volatile asset class, and could drop to near-zero at any time. Don't put in more money than you can afford to lose. If you're trying to figure out where to store your life savings, traditional assets are still your safest bet.

Thanks for that Vitalik, I had put in more money than I could afford to lose.

But for real – the people who lack courage to face this upcoming struggle are the "civilians" that the rest of us must fight for. Those blind few who don't even perceive that we are at war – with banks and governments – are to be pittied, yet it is our duty to fight for them too

Not even kidding, but there’s a thing called Dogethereum.

I tried reading this article a few times and basically it seems that they made it so that you can send Doge to an Ethereum wallet. Or maybe it’s about running computations on Ethereum like they said at the end. I think the largest problem in cryptocurrency is that there are so many things like this that if you try and explain in plain English they totally fall apart to an almost comically bad degree.

I can’t tell you what half of these projects do. They’re all like “running homeless people on the blockchain” or “quantum computing, but on the blockchain,” and if you try and ask them what they’re doing they disappear in a puff of smoke and their hat is still spinning in the air.

Maybe you guys should try putting easily understandable explanations on the blockchain!

Maybe The Governments & Banks Are Behind The Scams :/ from Bitcoin

Yeah dude that’s definitely it. All the governments got together and said “let’s scam people out of cryptocurrency to destabilize it.”

I hold several million coins of every cryptocurrency. Every time I tweet the word “Bitcoin” my net worth increases four-fold. I write this column as part of a global conspiracy.