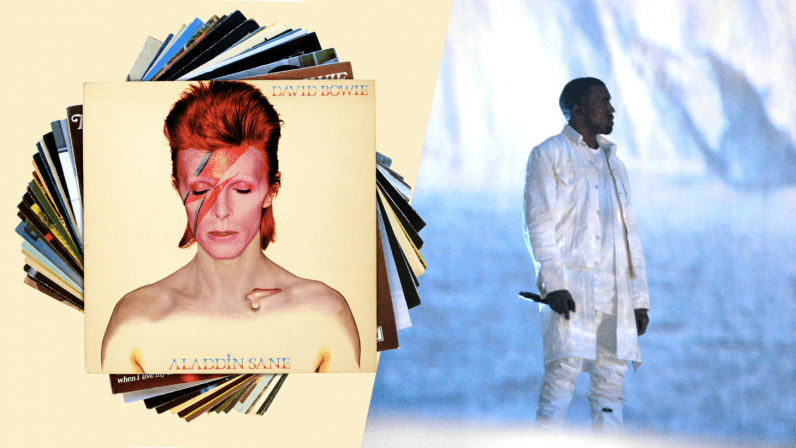 An adaptable mindset helps you expand your horizon, teaches you to see things from multiple perspectives, and can even show you a bit of the future. Creating such a mindset for yourself can make it much easier to embrace disruption and adapt to it, both in your personal and professional life.

An adaptable mindset has taught me to work with multiple truths simultaneously — which can be difficult to experience — but can be mastered. It has made my mind more open and has shown me market insights way ahead of other people.

Having an adaptable mindset is a key asset in the tech and startup world. As Reid Hoffman, the founder of PayPal and LinkedIn said:

“It’s about nurturing an adaptable mindset, suitable for navigating a confusing, chaotic world. All in the hope of making that world better for everyone.”

There is a lot of fluff surrounding the case for adopting an adaptable mindset, everyone has their own spin on the story. But hardly anyone tells you how to actually try and obtain such a mindset. Luckily for you, I teach people and companies how to develop such a mindset.

How to actually adopt an adaptable mindset

The most important thing to remember is that you’re looking to build a flexible mind that’s comfortable with being exposed to different kinds of thinking. Don’t be afraid to make your brain stretch in ways it hasn’t done before!

It’s important to always stay curious so try to explore areas like visual arts, philosophy, science, cartoons, games, and design. For this first article I’ll show you what we can learn from artists and art. I know this sounds like the good ol’ cliché but let me prove to you that we can predict the future and create an adaptable mindset through art.

Artists are able to tap into the zeitgeist and have the freedom of expression to say what they see happening, before everyone else does. Listening to these insights can give you a sneak peek of what the future might look like.

If you would have listened (that is if you were alive) to the great American artist Keith Haring back in ’78 you might have taken computers and their possible impact more serious. This might have changed the focus of your career back then.David Bowie also showed the predictive ability of artists back in 1999 when he stated in a famous interview how the internet would evolve. If you would have given this some thought, it might have given you an advantage when creating for the internet by maybe focusing on dynamic content.

Bowie of course didn’t exactly focus on making this vision become a reality, but you can use thoughts like these to fuel your own innovation. You can be the one who figures out the ‘how.’

Artists are still showing us possible futures through their work, like Kanye West who released his latest album, The Life of Pablo, only as a digital format. Now this isn’t exactly a groundbreaking idea, but what was revolutionary about Kanye’s project was that he continued to update the tracks — with a new verse or new back-up vocals popping up. Is Kanye showing us that music could become like software, continuously updated?

Art can show you possibilities or how to create new worlds

Art in itself has a magnificent power, it can often show new possibilities and perspectives, let you break free from rigid thoughts. Art can raise questions about its meaning, the ‘why’ and how on earth someone managed to create something like that. I believe that artistic expression creates mental space to find your own new possibilities and perspectives.

This is evident in the works of the Bulgarian-American architect Christo and his art (and life) partner Jeanne-Claude. The couple created environmental works of art that changed the structure of its subjects. Objects went from rigid to living breathing entities, softly flowing in the wind. The Wrapped Reichstag, was visited by five million visitors within 14 days, people danced and celebrated around it. Which shows it stimulated the imagination and gave a sense of freedom.

Often in technology our outlooks aren’t as imaginative but are rather limiting. We can often be held back by legacy technology or old ways of thinking. Instead of freedom we get an API which does not support your ideas. Sometimes inspiration and imagination is not enough, an even stronger tool or message is necessary to break free from old models and rigid thoughts to create room for new worlds.

One of my favorite artists and product designers Maarten Baas  has won several awards.

The Miami design fair awarded him as designer of the year in 2009 and most recently he was awarded with best concept at the prestigious Milano design fair in 2017.

One of his project tells the story of breaking free, he is among other things known for giving furniture and in particular design classics new meaning by burning them. Yup, he basically sets works of art on fire.

The red and blue chair by Gerrit Rietveld is an extremely famous and iconic design, entire generations have been heavily influenced by its design. It takes certain guts to take a blowtorch and shed such a chair from it’s iconic baggage.

You might feel that burning other people’s creations might be juvenile or even flat-out sacrilegious. But before casting judgement you should hear how Maarten Baas sees it:

“I do not want to destroy… burning is not something negative. Standstill is. If things remain as is, there is no progress. It’s about changing of what we already know. It’s very human to keep things as they are. While it is very natural to continuously adapt. In nature nothing ever stops changing. It is an ongoing process.”

By the process of destroying or burning we rid ourselves of the baggage of the old and make room for new possibilities. Out with the old, in with the new one could say.

The next time you notice that you or someone around you is stuck in old ideas or processes — like working from 9 to 5 for an example, which still stems to the days of Henry Ford from 1926 — you should try to think of Baas. You can emulate his thinking and find out if maybe, just maybe, you should burn the entire way of working to the ground to make room for something new. Otherwise you might get stuck in repeating the mistakes of others.

With the risk of sounding like a cliché, if you have an open mind to art and artists, you can learn a lot from their fortune telling abilities. You can gain valuable insights when they show you new possibilities by the breaking arbitrary rules and destroy the status quo.

My mind has visited many strange and opposing theories which made me totally at ease with everything new, strange, and different that life throws my way. Embracing new technologies like AI or blockchain has become something fun and normal. I’m looking forward to working together with AI to create my designs and have been active with blockchain for years because I support the thinking behind it. This adaptable mindset has given me a constant advantage in technology. Simply because I adopt and adapt sooner than other people.

Hopefully some of these insights were of use to you and maybe they can function as a starting point for your very own adaptable mindset.

What artists do you use to train your adaptable mind with? Let me know in the comments below!

Read next: Why indie ecommerce will keep getting sucked up by the likes of Walmart and IKEA