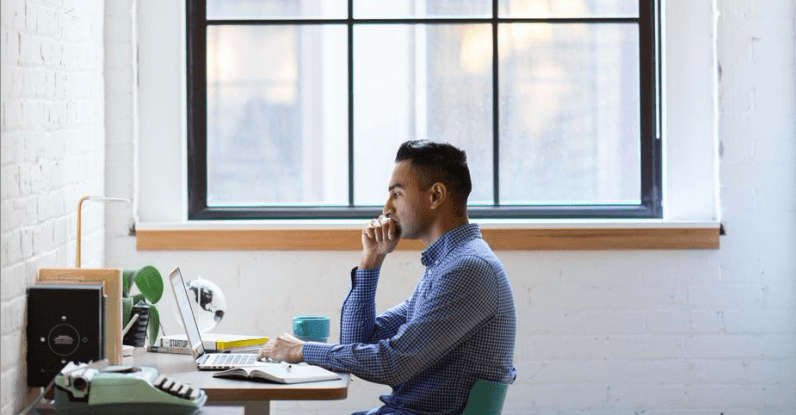 The freelance economy is taking over. According to recent reports, solopreneurs and independent consultants are expected to become the workforce majority in the U.S. within 10 years. Similar trajectories can be seen in many other regions of the world as well.

Let’s think about that for a minute – odds are, within 10 years’ time, you’re more likely to be self-employed than not.

The future of work looks radically different for many of us in 2018. The proliferation of gig marketplaces, evolving circumstances for corporations, technical innovation and improved communications make outsourcing and consulting more viable. It’s the way work is headed, and we would do well to prepare ourselves.

But what’s life really like for freelancers? As a whole, are they enjoying their work and building profitable careers? Or are they frustrated that they can’t find more predictably steady work in their fields? Several recent studies show us some surprising things about the burgeoning gig economy.

1. Freelancers are better prepared for the future of work than others

“We are in the Fourth Industrial Revolution — a period of rapid change in work driven by increasing automation,” said Stephane Kasriel, CEO of freelance platform Upwork and co-chair of the World Economic Forum’s Council on the Future of Gender, Education and Work “but we have a unique opportunity to guide the future of work and freelancers will play more of a key role than people realize.”

The professionals who choose to work this way clearly understand that they are in control of their own destinies, for better or for worse. Kasriel believes this makes them “think more proactively about market trends and refresh their skills more often than traditional employees, helping advance our economy.”

According to Upwork’s 2017 Freelancing in America report, freelancers are working hard to keep learning. The survey found that 55 percent of freelancers participated in skill-related education in the last six months, compared just 30 percent of non-freelancers.

As more people embrace freelancing by choice, they are redefining what “stability” looks like. As part of this new definition, they are not relying on traditional employer benefits for their financial future. According to the State of the Freelance Nation Report from WiseBrand, 54 percent of freelancers are saving for the future, and 60 percent are paying for their own life insurance.

Defining your own future can be more stable in the long run, and many freelancers are building their businesses with this in mind.

2. Marketing matters, and it’s too expensive

For the new army of freelance workers, business growth often relies on a solid web presence. According to research from remote team solutions provider Hubstaff, freelancers with a web presence earn 65 percent more than those without.

According to WiseBrand co-founder and CEO Orly Izhaki, those who spend more than $100 each month on their marketing make significantly more than their non-marketing counterparts, but she recognizes what they are up against.

“Using a traditional graphic designer, you can expect to pay at least a few hundred, and probably more, for a logo,” Izhaki says. “And it takes days, if not weeks, and rounds of approval. If you’re a solopreneur or microbusiness, you don’t have that kind of time or money to spend.”

Fortunately, as the freelance economy grows, so do the services that support them, at price points that bootstrapped solo businesses can afford. To grow your freelancer career, be prepared to invest in your own future by paying for the right marketing tools to maximize your potential.

3. Freelancers know how to close

While most freelancers wouldn’t call themselves “salespeople,” there’s some serious business savvy at play here, according to Hubstaff’s data. On average, freelancers reported winning more than half the projects they pursue. Their best source for leads is referrals – about 30 percent of their closed deals come by this route.

Of those deals that closed, about 22 percent of the clients did their homework – they viewed the freelancer’s profiles, websites, and online portfolio, highlighting the importance of good marketing. High rankings on freelance platforms helped close the deal for 11 percent, and low competition in a specific niche sealed the deal another 11 percent.

Asking current and former clients for good reviews and testimonials is an excellent growth strategy for freelancers. You might also consider publishing some case studies, to show prospects actual ROI and bottom line results you’ve brought to the table.

There’s a myth out there about freelancers, and we can dispel it right now. Most of them aren’t hopping from gig to gig, never committing to one thing. More than half of Hubstaff’s respondents said that long-term projects are the most profitable; recurring services were second best.

Consistency and quality count in freelance, maybe even more than in a typical employee/employer relationship. When a staffer underperforms, there’s usually a fairly involved process to either improve their output or get them out the door. In freelancing, don’t expect this kind of luxury. You need to deliver as promised, when promised, with no hassles, or you aren’t likely to get a second chance.

That said, freelancers themselves are likely to “fire” their clients if they don’t feel it makes good business sense to continue. Asking for unreasonable revisions, requesting deep discounts, insisting on time-sucking meetings – these are all things that freelancers are wary of.

Contract work is a business agreement, with defined requirements on both sides. The most successful freelancers are perfectly willing to cut a project loose if they feel it doesn’t make good financial sense for them to continue.

5. Freelancing is not for everyone

At any given time, a percentage of the freelance economy can be classified as “reluctant” – people who would rather have a traditional employee/employer relationship, but can’t find the right job. This number went up during the recession; many unemployed workers turned to freelance to fill the gap. Now, less than one in four would rather be a full-time employee.

“In 2017, thanks to the strong jobs market, the proportion of Reluctant Independents fell to 24 percent, the lowest in all seven years of the study,” MBO’s latest State of Independence in America report notes.

Clearly, how we work is changing. More jobs will go freelance as technology and AI continue to disrupt work as we know it. Based on these reports, this bodes well for many. A career as a self-employed talent can be stable, fulfilling and lucrative, and it can offer a measure of personal satisfaction you’d never find in a day job. Welcome to the workforce of the future.