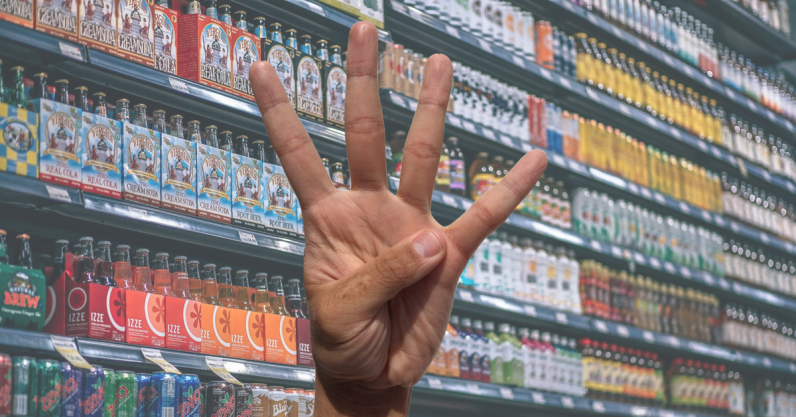 An eleven-time Grammy winner, Sting revived the soul of rock and roll by infusing reggae just when the genre was growing stale. His far lesser known accomplishment is starring in the birth of internet retail.

On August 11, 1994, the first ever ecommerce transaction occurred when a 21-year-old in New Hampshire named Dan Kohn sold a copy of Sting’s Ten Summoner’s Tales to a friend in Philadelphia who paid $12.48 by credit card. Though Kohn and Sting got the party started, the age of ecommerce didn’t truly begin in earnest until 1997. That year, a spunky Wall Street trader pointed his car west for Seattle and decided to “obsess over customers,” building an ecommerce empire that has reshaped the world economy.

Now as ecommerce turns 20, $2 trillion of goods are bought and sold online, with online commerce reaching a projected $4 trillion globally by 2020. If this year’s Single’s Day was any indication, Amazon and Alibaba alone are on a collision course to be the world’s first trillion dollar companies, steamrolling much of retail’s traditional old guard in the process.

But what do the brands who are thriving amidst this mass disruption of retail ultimately have in common? Many will highlight that they offer direct to consumer models that cut out the middleman (i.e. store) and exist solely online. While these comprise the majority of VC-backed ecommerce darlings, plenty of traditional store models are doing just fine.

Other industry observers will argue that the only companies really succeeding against Amazon sell high margin items to affluent consumers. Not so fast, Wall Street Journal’s #1 company to watch is Hollar, a snazzy online dollar store. Dollar Shave Club built a billion-dollar business on a product that cost a dollar.

The common thread is actually far simpler. Today’s retailers that stand out, Davids and Goliaths alike, craft an experience that is integrated, individualized, interactive, and instant.

Welcome, ladies and gentlemen to the age of iCommerce.

What will define ecommerce in the coming years — and ultimately transform it to iCommerce — is the easy integration of myriad data sources to power a cohesive experience. Clicks and bricks will come closer together as digitally savvy brands will meaningfully integrate CRM, loyalty, and POS data to enhance online shopping.

Legacy retailers are often fighting an uphill battle as many have decades of siloed customer data stored in technology that went out of style with JNCO jeans. However, new software services are entering the market that allow these companies to bring all of this data into one platform, finally giving these companies a true understanding of their customers.

The insane success of Singles Day highlights what is possible when brands nail this at scale. Alibaba combined online and offline shopping experiences, personalization technology, and a world-class payment process to process 325,000 orders per second. All told, Alibaba raked in $25B, making $5B (roughly the entirely yearly revenue of Foot Locker) in just fifteen minutes.

Limitless retail options have given customers the confidence to make no exceptions for brands who fail to tailor sessions to their idiosyncrasies. The busier the consumer, the hungrier they are for a personalized and efficient online experience.

Companies that hyper-personalize and leverage data to excel at personalization are beating the retail apocalypse and separating themselves from the pack. Sephora famously excels in this area using their Beauty Insider membership program to offer truly 1:1 recommendations, factoring in past purchases across channels, user affinity, location, and more.

A pattern has emerged among many of the most successful ecommerce companies: personalization is embedded in their business model. StitchFix already is a Wall Street darling after a phenomenal IPO and Birchbox, Rent the Runway and Casper have been the subject of acquisition rumors as legacy retailers salivate over their committed young customer bases. Hell, even personalized dog food is hot as Brooklyn start-up, The Farmer’s Dog nabbed $8M from Forerunner Ventures to deliver customized puppy chow to your door.

As the race for ecommerce dominance heats up, watch for Walmart and Target to each make large acquisitions in this space in the next year.

Though it’s been downplayed after the quick rise and fall of Pokémon Go and the comical struggles of Magic Leap, augmented reality is slowly slipping into retail. VR/AR will gain widespread adoption, eliminating consumer pain points and creating an entirely new dimension of personalized customer experience.

West-Elm already has an AI tool that scans Pinterest, using neural networks to learn a user’s style to serve relevant recommendations. Ikea takes it one step further, offering an augmented reality app that allows users to “see” how a piece of furniture will look in their homes before committing to hours of sweat and toil.

In a world that has more than 15M Amazon Echos in circulation, the phrases “voice enabled commerce” and internet of things are creeping into more Gartner inquiries and 10-K statements of large retailers. Yet again, Amazon has created an industry shifting paradigm, leaving the rest of the market scrambling to catch up.

Amazon Prime fundamentally reshaped customers’ expectations of convenience, with 60 million Americans able to have pretty much anything under the sun at their doorstep in two days. Offering “free shipping” is a must in the Amazon age but represents a huge burden and retailers of all sizes. But in desperation, the industry is finding unique ways to innovate and narrow the gap.

In a moment of hysteria, Walmart considered having employees drop things off on their way home. Their next, far more reasonable play was spending $10M to acquire Parcel, a startup dedicated to mastering last-mile delivery. Recognizing that 70 percent of buyers live within 15 minutes of their stores, Best Buy invested in making ordering products online and picking up in store as easy as getting a coffee in the Starbuck’s app.

The pursuit of “instant” is what led Amazon to finally make a marquis brick and mortar acquisition, buying 450 delivery outposts disguised as high-end grocery stores. Regardless of whether Amazon can crack online groceries, they now sit a stone’s throw away from most of America’s disposable income.

Read next: R Programming is leading the way to technology’s next big thing