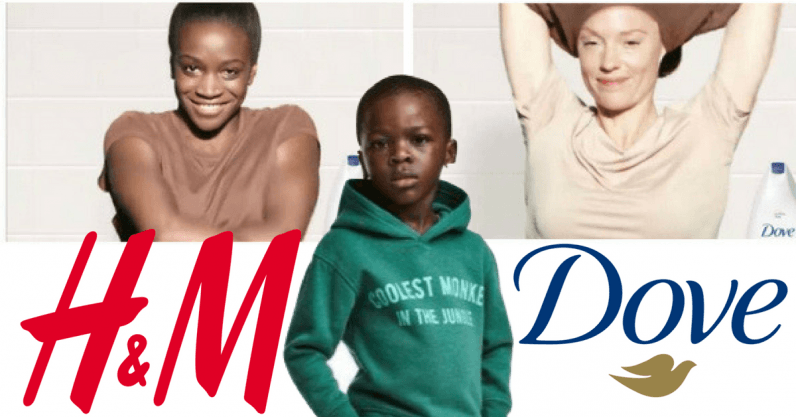 Clothing giant H&M has come under fire recently over a controversial advert for a children’s top which shoppers have labelled ‘racist’. The fashion brand from Sweden is selling a green hooded top on its UK and US websites emblazoned with the phrase ‘Coolest Monkey in the Jungle’ — sported by a black child model.

One Twitter user wrote: ‘Is this part of a publicity stunt? Do some brands want to be dragged on twitter in order to gain more visibility?’

Is this part of a publicity stunt? Do some brands want to be dragged on twitter in order to gain more visibility?

Ugh. @hm have always been cancelled but I’m re-cancelling then again with zest.

And this is a fair question, especially considering that only a few months ago, skincare company Dove hit the news with a very controversial Facebook advert of a black girl taking her top off to reveal a white girl. While some have said it was clear the advert’s message is that Dove’s products can be used by women of all skin colours, others said the company “knew what they were doing.”

But did they? It’s baffling that work of this ilk gets to see the light of day when you consider the amount of people tasked with ‘signing off’ on any project like this. As creatives know all too well, approval often runs up a long chain of command. Where was the push back by the creative director, the account manager, or the designer?

Big organizations have — or at least should have — strict approval processes so why was their judgement so poor on these occasions? Were they PR stunts? Or were these brands really looking for new audiences amongst the alt-right?

But are companies really naive enough to think they can get away with such crass shock tactics? They say any press is good press but does this cross the line?

For years, the media sector has moaned and groaned about the amount of red tape blocking new ideas from coming to fruition. However, we’re now at a time where media messages are becoming so diluted that it’s hard to take notice; and this only going to increase given that 40.5 percent of all US media spending is now digital. But that doesn’t excuse short-sighted creative misfires from brands or their agencies.

It’s been suggested that Ogilvy & Mather, a global advertising and marketing agency are behind the Dove advert — so where were their principals? Cultural sensitivity, local market knowledge, and demographic insight were once the fuel that drove creativity. Could it be that marketing’s shift towards data and number crunching have taken such precedence that ‘shifting merchandise’ has been the focus of many an ice-cold brief?

Many have said that the Dove advert was taken out of context and maybe that’s right, but to pull the ad down insinuates that Dove agrees with the backlash. What happened to humanizing brands? An open admission of clumsiness would have gone a long way in damage limitation.

Brands often hide in dark corners when there’s a backlash on social media. But on the rare occasions, some brands take creative risks to deal with backlash. Bodyform’s response to a man named Richard Neill who posted a rant on Bodyform’s Facebook calling out the brand for false advertising — outlining that his girlfriend doesn’t have happy periods like those shown in the ads, but instead becomes “the little girl from the exorcist with added venom and extra 360 degree head spin.”

In response, the advertising agency hired an actor to play the CEO of Bodyform to reply to Richard’s comment saying “We lied to you, Richard, and I want to say sorry. … Sorry.” She goes on to explain why the company has used metaphorical imagery in its ads rather than focusing on “the blood coursing from our uteri like a crimson landslide.”


Where do we go next?

To move forward from this, it rests on corporations response to the backlash. Advertisements have a social responsibility to steer public consciousness in the right direction and there’s some great examples who do this well.

Adidas has revolutionized marketing and advertising by showing the ‘other side’ of the narrative — with the aim to change mindsets and perspectives, one ad at a time. Their latest campaigns portrays a musician and gay activist, Khalif and Swedish model, Arvida Bystrom posing with unshaven legs.

But will racism continue to poke its head up through brands, advertising, and society?

Maybe as a community we’re just divided on what racism is? If so, could this be an opportunity for other major brands to pick up the chalice to lead on this topic — or we just give up and accept that public consciousness will always be divided on this subject.

Read next: Get yourself top-flight Photoshop skills for less than $20