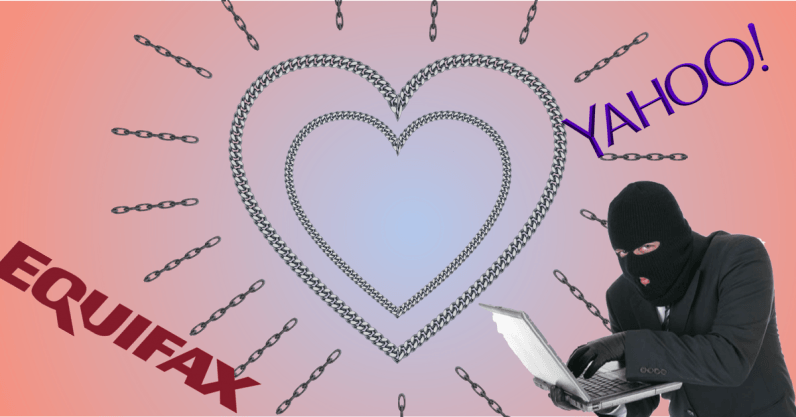 2017 was a disastrous year for online security. From the Yahoo breach to the Equifax fiasco, billions of users have had their personal info compromised. Given these huge breaches, we should probably stop using all our online services and platforms — but let’s be realistic, that’s not going to happen.

So are we just doomed to become the victims of even bigger breaches and ever increasing risk? I don’t think we are, if we look in the right place for the solution.

I believe blockchain technology could quickly solve the vast majority of our cybersecurity issues. The best part is that blockchain technology stands ready, right now, to make significant improvements to the internet’s security infrastructure — without the years of R&D traditional tech would need to catch up.

Its decentralized network is a built-in defense

The blockchain is most famous for its role in powering popular cryptocurrencies like Bitcoin and Ethereum. It’s a decentralized ledger system that accounts for and secures information in ways that have not been employed before. But even as cryptocurrencies make a meteoric rise in popularity and value, the blockchain itself is emerging as the real star of the system.

There is strength in numbers, and the blockchain embraces this concept through its decentralized network. Traditional network infrastructure relies on large servers housed in a centralized location — which are vulnerable because there’s a single, distinct point of attack. Because of this vulnerability, they are often subject to crippling DDoS attacks, which usually manage to disrupt services or take down networks.

Some people point to the decline in DDoS attacks as a positive sign that security is improving. In reality, while there have been fewer DDOS this year, they are getting bigger and more potent in terms of the destruction they cause.

The blockchain’s decentralized nature is a built-in defense against DDoS attacks, for the simple reason that there isn’t a single point to attack. Although malicious hackers may attempt to disrupt service by attacking parts of the chain, the decentralized network continues to operate because the system does not have a single point of failure.

Its immutability is unquestioned

The blockchain operates on a consensus model, which means that 51 percent of the users in a blockchain have to agree that a transaction or a log entry are valid before they will be stored in the blockchain. From there, the public record of blockchain transactions is forever unchangeable.

To disrupt the veracity of the blockchain, bad actors would need to deceive an entire cohort of independent recorders to manipulate a company’s data successfully. To further improve security, if a particular node in the chain amps up their processing power and starts executing significantly more transactions, network administrators can spot and shut down this kind of potential takeover.

This puts power and control in the hands of administrators, to ensure that their data remains secure and their network remains functioning.

This same concept can be applied to user network credentials and direct access. By tokenizing credentials on the blockchain, its built-in smart contract features ensures that only those who are intended to have access to a company’s network can gain entry. It’s a tangential benefit of the blockchain that cannot be overlooked.

Its records are always accessible

The blockchain is the perfect combination of privacy and accountability. Ironically, it’s the very transparency of the entire system that makes it so secure. This is a benefit for its users and a threat for bad actors.

Even the blockchain’s flaws are subject to exposure, because the blockchain’s records are accessible. When an Ethereum user locked $300 million of Ether in a digital wallet due to vulnerabilities in Parity’s crypto wallet, the blockchain community was able to identify the precise activity that led to these missteps. While the incident naturally caused ripples of doubt about the safety of Ethereum, it became apparent pretty quickly that the problem was not in the blockchain itself, but caused by coding error on Parity’s end.

Any cybersecurity measure that claims to be perfect is lying. There is plenty of motivation for cybercriminals to develop innovative new and attack strategies — they’ll never stop trying.

However, because the blockchain’s records are transparent and accessible, companies can recover more quickly from attacks, and they can develop more advanced defenses in response. When combined with its decentralized defense and unchangeable records, the blockchain represents the next great solution for cybersecurity.

Fortunately, companies and governments are aware of blockchain’s potential, and they are beginning to integrate it into their infrastructure. The first to adopt the blockchain will be the first to reap its security benefits.

When Wired released its lengthy list of the most egregious cybersecurity disasters of 2017, the implications were clear — we’re in a brave new world of technological integration and, for this to be a blessing and not a curse, internet security has to drastically and rapidly improve.

Given the recent deluge of devastating hacks, the time is now to adopt blockchain solutions.

Read next: The next camera revolution could let us see through walls and deep inside the brain