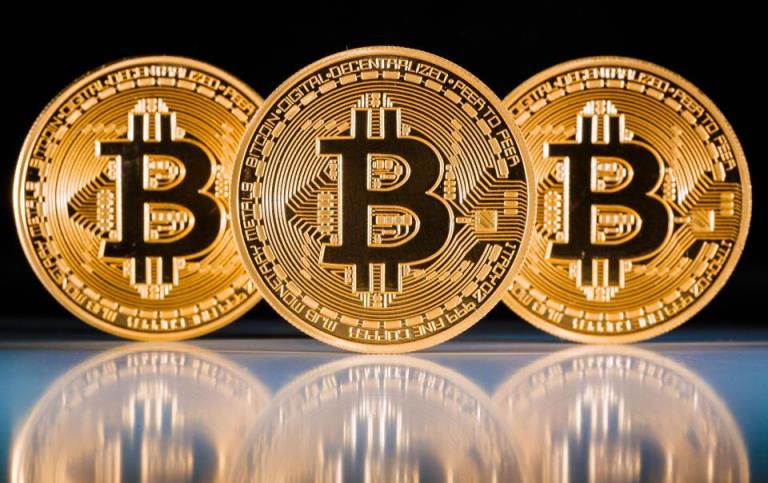 Cryptocurrency and Bitcoin. Two words, often seen as synonymous by a segment of the population, which are currently seeping into the vocabulary of the average Internet user.

Recently, one of the reasons why Bitcoin was discussed even amongst those who would not usually be concerned with the cryptocurrency was the fact that it broke the $10,000 barrier for the first time in its history.

Bitcoin, once the face of a somewhat rebellious and most certainly revolutionary idea of anonymous digital currencies, has now entered into mainstream consciousness and is taken a lot more seriously by the likes of Wall Street and all of the major tech companies worldwide.

Even with all its popularity, concerns about Bitcoin remain

One of the main reasons why many people have traditionally been unwilling to invest into cryptocurrencies like Bitcoin is their unstable nature. First and foremost, their value fluctuates so much that it’s virtually impossible to predict where Bitcoin might head next, something that obviously doesn’t sit well with people who may like to trade in it.

It doesn’t help that experts in the financial industry simply cannot agree at all when it comes to Bitcoin. Some, like Warren Buffet and his trusted manager, Charlie Munger, believe that “cryptocurrencies will come to a bad end”.

Plenty of others lean towards this side of the discussion, arguing that Bitcoin is a bubble that’s waiting to burst and that those who invest their money into such cryptocurrencies will one day lose it all without much warning.

Others yet are far more positive. Some don’t even care about Bitcoin’s fluctuations, instead arguing that there are some aspects, like the anonymity it provides, which make it such an attractive option for them.

Individuals are not the only ones who are keen on Bitcoin. Recently, we saw Kodak launching its very own cryptocurrency (KodakCoin) and doubling its share price overnight. Such a bold move was sure to be controversial, but it does go to show that cryptocurrencies are here to stay.

There are those who would like to use Bitcoin for measures that its founders probably never dreamed of, and perhaps never even wanted. The Goldman Sachs Group, for instance, recently held a discussion about the use of Bitcoin in countries with questionable stability like the Democratic Republic of Congo.

Such a thing would only be possible in the future if Bitcoin or another cryptocurrency was actually stable, a future where cryptocurrencies would indeed be an alternative form of payment as widely accepted as something like PayPal.

That day, however, many never come. Even those who have embraced Bitcoin as a form of payment are not happy about its instability. Valve famously removed it as a payment option in Steam, for instance, while Microsoft only recently brought it back after removing it due to “instability”.

These cases show that the world is not really ready for the widespread adoption of cryptocurrencies. Go to any website that will allow you to check Bitcoin’s price and you will quickly understand why Bitcoin is such a divisive issue.

The future is unpredictable but infinitely exciting

The biggest critics of Bitcoin and other cryptocurrencies often speak about their unpredictable nature as something that should turn most people away from them. Of course, no one in the industry and no one involved in Bitcoin would tell anyone who doesn’t have money to spare to invest in such cryptocurrencies.

One of the issues that Bitcoin faces is misrepresentation. It’s not meant to be a money-making scheme; it’s about introducing a different type of currency, it’s about showcasing the power of the blockchain, it’s about everything else except securing a financial future.

There are certainly volatile moments that completely change the face of Bitcoin. For example, South Korean’s recent discussions about banning cryptocurrency trading made Bitcoin plummet a couple of thousands of dollars in value.

Such moves should have been expected a long time ago. Governments around the world would never have been happy with an anonymous, unregulated currency that can be used for just about anything with little to no repercussions, after all.

Even so, the future of Bitcoin is still very much exciting. While it may not always soar this high, and its value may plummet to bitter depths, Bitcoin still represents everything that cryptocurrencies stand for and the innovation that comes with them.

Bitcoin is here to stay, in one way or another

In the digital age, doomsday predictions are a dime a dozen. People herald the death of pretty much everything. Even giants like YouTube and Facebook have long-since been doomed to death by experts of one form or the other and yet they are stronger than ever.

Whether you like it or not, Bitcoin is here to stay. It may not stay in this form forever, but it will continue to drive innovation and be a valuable, viable commodity for years to come.

Read next: Artificial intelligence eliminates guesswork and ushers in a modern marketing checklist