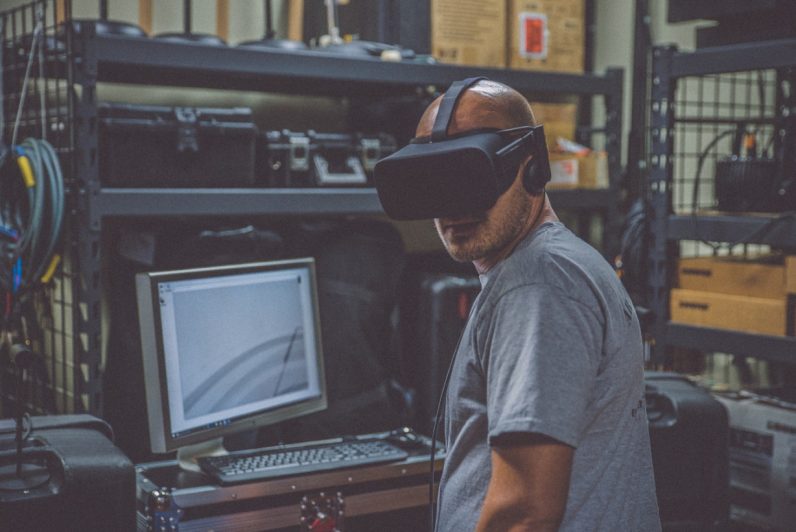 Like its close relative virtual reality (VR), augmented reality (AR) blends the lines between the physical and digital worlds, creating a new type of environment for us to interact with. Instead of wearing a pair of goggles and immersing oneself in a different setting, AR uses everyday devices like a tablet or smartphone to overlay digital elements onto a live view of the world around us.

The technology started to gain momentum around 20 years ago, with prominent researchers like Ronald T. Azuma examining the most pertinent applications of the coined term “augmented reality”. Its potential to advance fields like medicine, scientific research, and mechanical engineering were provoking, yet it was only until many years later that the first available examples of AR technology were in the hands of the public.

Today, people see frequent demonstrations of AR in their daily lives, whether they realize it or not. While watching a sports game on television, AR technology is responsible for overlaying the lines on the field, for advertising and other graphical displays.


New AR applications can do neat things, but as far as the technology has progressed, it has failed to expand beyond its more novel applications.

One can find applications that let them view new furniture in an empty space, or clothing on their body. The AR app finds the room’s corners and surfaces, or the shape of one’s torso, and generates a digital copy of the customer’s chosen loveseat or shirt in its proper place (and color). These uses are cool, but AR was supposed to have big implications for the way we work, learn, and create. With recent innovations hitting the industry seeking to fill this gap, augmented reality may realize its full potential sooner than anticipated.

While augmented reality is useful for superimposing new imagery and information onto an otherwise normal scene, it can also be used to make workflows and processes more efficient. It accomplishes this by allowing one to view the augmented reality of a peer and introduce their own vocal and digital input.

This new utility that AR brings assists businesses which have long deployed more primitive solutions to close the “talent gap” between individuals within their own organizations. AR seeks to address the notion that some problems cannot be solved unless someone with experience is there in the flesh. Technology like VoIP goes halfway, by allowing skilled sales or customer service managers to listen in on the calls of their employees and give live advice, for example.

For all the bosses who are spread too thin to attend every important meeting or oversee every task in a project, AR video and its special blend of digital manipulation tricks allows them to be a “fly on the wall”. This applies to a range of disciplines and helps to reduce costs, increase accuracy, and train new workers more efficiently than ever before.

Google has paved the way of AR from the early stages. In spring 2013, the first Google Glass “Explorers” started receiving their $1,500 devices.

They could pick-up a pair at one of Google’s designated Glass “Basecamps,” located in San Francisco, New York City, Los Angeles, and London.
The Google Glass got very little progress two years after its release. This led to the confusion of whether the Google Glass was an actual finished product or still just a prototype. And despite bold attempts to market the product (skydivers, fashion shows, etc.), it never really brought anything truly practical or revolutionary to the table.

Soon after, Oculus Rift joined the AR game but with a more well-defined niche in mind. Oculus has stated that the Rift is primarily a gaming device and that their main content focus is gaming. The company was later bought by Facebook.


Although the market is dominated by tech giants like Facebook and Google, there are other companies pioneering a new wave of AR devices designed to help working professionals of all varieties. With a pair of M300 Smart Glasses from Vuvix, a veteran mechanic can remotely check up on the activities of his or her underlings and give live advice, help focus their attention, and provide visual guidance that accelerates the project.

The Company has recently introduced a new software into their Smart Glasses making it possible for one to be “telepresent” in the visual and auditory reality of another person.Imagine that a prominent surgeon is on vacation, and an emergency occurs that requires an expert’s presence. Where a phone call or even a Skype conversation would be an unwieldy and distracting experience, the head surgeon can conveniently teleport themselves into the brain and eyes of the one holding the scalpel. Such robust streaming capabilities are finding new relevance with each passing day.

Besides reducing the costs of human oversight, developers are also able to design AR applications for specific fields that can autonomously determine when problems have occurred by recording visual input and provide a potential solution to the individual worker with the issue. This functionality has big implications for assembly lines and other mechanical fields where the scope of work is easily defined and errors generally come in a limited variety.

As a retired photographer, the most difficult aspect of my job was to take photos of apartments and properties. The angles are weird and if you don’t use the right lens, you might make the room/property appear to be a different size.
Here’s where a virtual tour app like Materport comes in handy. You can take VR tours of your property and share by simply embedding it on your website.

Interior designer can also use AR for making their work easier. Ikea and other home decoration players have developed their own AR app to help you visualize items in your room without purchasing them.

With a new era of how we interact with our surroundings upon us, innovators can suggest numerous utilizations for their AR devices. However, its ultimately up to the users to realize their true potential. This represents somewhat of a marketing obstacle for AR companies because their target audiences aren’t necessarily familiar with AR’s vast benefits yet. In hindsight, this might resemble the mindset of an office manager or CEO a few decades ago, when considering whether to equip employees with a computer and what it might mean for the business going forward (including the costs).

However, the ROI that businesses can obtain with augmented reality is virtually immediate. A law firm partner with a tight schedule may not be able to make it into court, but at least he can be present virtually, judge allowing. While just an example, and a stretch at that, what would this capability be worth? How might it affect costs and profits? Surely more than the cost of an AR headset or two.

Augmented reality has an astounding level of potential in business, and at present, this potential is being realized. It will take brave consumers and creative companies to move the needle further in the right direction, but progress so far is more than encouraging. It will also be interesting to witness the sudden tidal change when companies are rushing to catch up to competitors that already make use of AR and run a leaner ship accordingly. That day is not far off.

Read next: The web is dying, but mesh networks could save it