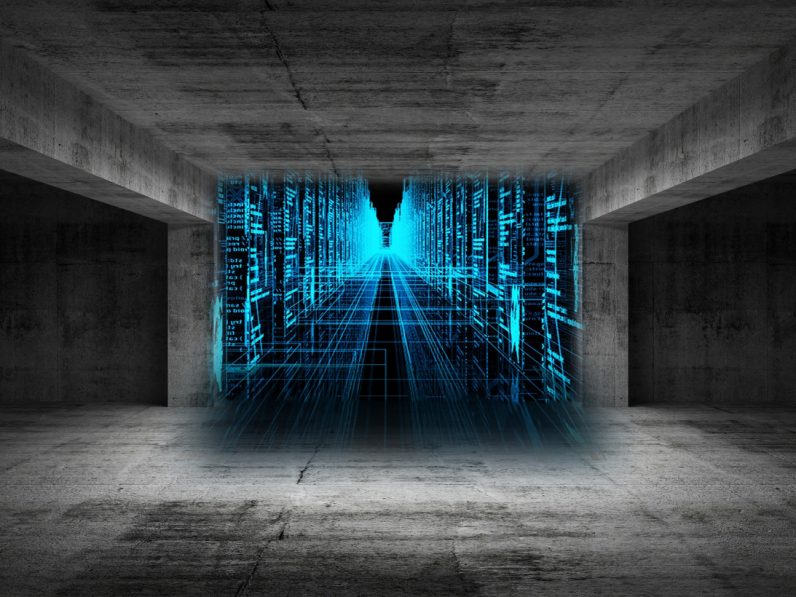 We are now immersed in the digital age, and the integration of technology into our everyday lives is reaching Minority Report levels. Technological ventures such as the life-altering Internet of Things and artificial intelligence, which had once seemed part of the deep future, are now in existence. While there is immense buzz around the real-life applications of virtual reality, augmented reality has recently emerged as the more practical application.

With breakthroughs for promising technology on the horizon, pleasant surprises such as the emergence of blockchain are piquing the interest of those interested in the shift to a digital currency. As we cross the threshold into the new year, let’s take a look at what the technological terrain will look like in 2018.

Bitcoin has been one of the most exciting developments for the digital world in 2017, and the field of blockchain holds seemingly unlimited promise. The huge increase in popularity can be attributed to the rapid rise in value, though there is still a cloud of ambiguity over what exactly cryptocurrency is and how it makes so much money.

While it is easy to perceive of Bitcoin as a “get-rich-quick” scheme, the promise that blockchain holds for digital transactions could revolutionize the way business is conducted from 2018 onward. Bitcoin is just the start. With emerging cryptocurrencies such as Ethereum and Litecoin, the market has the competition and potential to change the digital landscape.

ICOs such as Puregold, which specialize in offering investors coin incentives for stock, will also experience a surge in 2018 because of the massive interest generated by cryptocurrency. In the case of Puregold, this means using blockchain to expand an existing business in ecommerce and Gold ATMs on a secured digital ledger. The use cases of blockchain are essentially limitless.

Artificial intelligence will succeed when it is ceases trying to function as an autonomous computer able to process all information and starts focusing on certain tasks. This narrow intelligence is already in certain cars, allowing them to operate themselves, and is being used by Facebook and other online platforms.

AI assistants are being used by companies such as Tribe.FIT, a fitness app that helps users track meals and schedule workouts. Apps like Tribe that utilize AI to improve customer experience are pioneering the practical applications of AI, which in Tribe’s case involves keeping users on task.

AI as a means to facilitate big-data analysis is also on the rise. Companies like FarmaTrust are using AI to help eliminate counterfeit drugs around the world and create a marketplace to buy safe medicine online. This solution could save over 125,000 lives a year in Africa alone.

The Pokémon Go! craze had to be one of the most earthshaking digital developments of the past couple of years, as we witnessed hordes of humans losing their composure over finding Pokémon and searching for gyms in their area.

The hype over Pokémon Go! seems to have died down, but the practical application of technology to enhance experiences in the real world have legitimate potential for tech companies in the future. Augmented reality has a more practical usage for everyday users than VR because of the ability to layer information over the real world.

The Alexa commercials alone offered some of the best moments of 2017. It is clear that voice assistants from Amazon, Google, Sonos and other companies are on the rise. Siri no longer has a corner on the market, because she now has to worry about Cortana and Alexa taking her throne as home assistant.

Voice assistants have definitely increased in demand, but their contribution to a greater goal of technology is their most valuable attribute. Voice assistants are only the beginning for the potential of digital incorporation in everyday life.

The idea of the Internet of Things has circulated around the digital community for years, and the anticipation has been building. However, the technological breakthroughs with smart home devices and the assimilation of mobile devices in the processes of the home snowballed in 2017.

Internet of Things isn’t limited to just one field; the whole idea behind it is that it is a seamless integration of technology in daily life. But we will definitely continue seeing more potential for Internet of Things as long as we are still in the digital age.

The shift from cloud to edge computing

Recently, we’ve been hearing that data transfer goes through the cloud, and cloud services have dominated data transfer since their popularization by all the major tech companies. However, edge computing holds a greater potential for an improved user experience.

According to IEEE: Internet of Things Journal, cloud computing can transfer large amounts of data, but heavy usage can result in a bottleneck effect, which hinders the speed and user experience.

Cloud computing will still be heavily in use in 2018, because it can efficiently move large amounts of data, but the bandwidth for edge will enable the Internet of Things to grow more effectively with its ability to swiftly transfer data. Interfaces like TribeFIT that engage users with their AI for assistance are dominating the market because of their simplicity. TribeFIT’s integration of AI, it should be noted, is for the sole purpose of improving the experience rather than showcasing the new technology.

Cybersecurity will strongly affect corporations that operate within the European Union at any level, because of recent stipulations the EU has passed requiring businesses to follow certain standards or face severe penalties.

With the massive adoption of technology, threats lurk around every corner, and investors have poured enormous amounts of money into cybersecurity companies. These companies protect large organizations from events such as a simple phishing email that could derail their entire operation. As long as business is conducted with connected technology, this field will always be in demand.

Net neutrality is dead, and this will probably affect your access to the internet. While the elimination of net neutrality could result in the changing of data rates by providers, the potential costs imposed could fluctuate depending on how much the competition drives down prices.

This shift in regulation will change how much larger data-transfer outlets will cost users, but the panic that spread after the decision is not completely justified, since the providers will need to find a way to set prices to match competition. However, the elimination of net neutrality will certainly have an effect on the price of data transfer.

Like every new year, 2018 holds uncertainty, but we can be certain that the technological landscape will continue to evolve into one that is even more heavily dominated by technology.

Read next: 4 easy ways solopreneurs can spar with big businesses