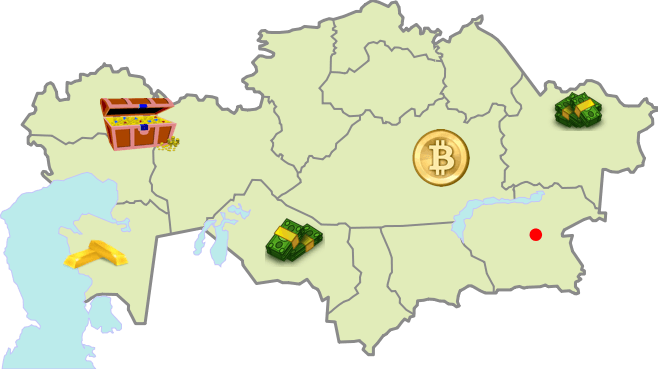 If I told you that you could travel back in time, to the end of the nineteenth century, and invest in a country that was recently war-torn, and in great transition, would you do it?  You’d need to know that the government was primarily one ethnic group, but immigrants with different languages, customs, and religions were arriving in that country, at unprecedented levels, crowding the cities and looking for jobs.

Now, what if I said I’d been there myself, and that this same country had just completed a transcontinental railway, one that could move people and goods almost 2,000 miles. Sounds more appealing, doesn’t it?

Of course, I’m talking about the United States at the beginning of the economic transformation, fueled by extraordinary technological advancements, that began in the late 1800s. Who hasn’t imagined the investment opportunities that existed when G.E. was still Edison General Electric? Would putting hard-earned dollars into the American Sugar Company, now Domino® Sugar, have seemed like a sweet deal at the time?

The value of being a frontier investor

Successful investing would be much easier if the ability to time travel, read minds, and predict the future actually existed.

We can’t do any of those things, but we can look at history, and dig deeper into the reality-on-the-ground in developing countries. When we do that, we realize that frontier markets are full of opportunities that every investor should know and care about.

Why? Simply put, because diversified portfolios are the best portfolios (you can trust Nobel laureate William Sharpe who was one of my professors at Stanford for extensive research behind that insight). While emerging markets offer some high return opportunity, frontier markets have exponentially higher possibilities.

Take a more recent example than industrial revolution America, a seemingly risky international market, South Korea. In the 1960s Samsung, which was founded in 1938, entered the electronics industry. This was only seven years after the end of the Korean War.

If you are one of the billion or so people in the world who own a Samsung phone, consider that as recently as 1966 its birthplace had an economy smaller than the Democratic Republic of the Congo. South Korea’s economy is now 40 times larger than DR Congo’s and ranks as the thirteenth-largest economy in the world, ahead of Spain and just behind Australia. Its nominal (the value of all goods and service produced) GDP rank is 11.

How much potential do frontier markets have?  According to Morningstar, on average, U.S. mutual fund investors (excluding institutions) hold only 15.6 percent of their total equity allocation in overseas stocks, and the bulk of the investment, 9.8 percent, is in developed markets. Emerging markets account for 5.8 percent.

How to identify — and leverage — a burgeoning financial landscape

There is an explanation. With many mutual funds, there is clearly a mindset of caution — people think of emerging and frontier markets as very risky. But they are often less risky than one might perceive. Over the past two decades, the distinction between developed and emerging markets has eroded, as many of the emerging countries have come to dominate the developed ones in the size of their economies, the capitalization and liquidity of their stock markets, and the consistency of their economic policies and corporate governance.

The transition from frontier to emerging to developed, and the upside to investing while a market is still a frontier market, has been part of investor’s conversations for years, as this 2011 article from Kiplinger’s demonstrates.

Frontier markets, if governed properly, become emerging markets and, eventually, developed markets. As importantly, the emerging markets of yesterday are the leading economies of tomorrow. China, India, and Brazil are all ranked in the top ten economies of today, a situation that would never have been thought possible as recently as 30 years ago. Investors who understand and can take advantage of the investment opportunities in today’s frontier markets can potentially bolster their portfolio returns and reduce portfolio risk.

The potential for high return on investment exists because the growth potential is huge. Any bank or company in a part of the world with a growing middle class and growing economy, as well as a decent infrastructure and governance will be poised to grow.

It can, of course, seem complicated to invest in frontier markets. I devoted an entire section of my book to the topic of “how.” But, the key, as reinforced by Forbes magazine in 2015, is “choosing an investment fund run by a seasoned/experienced manager with in-depth, on the ground knowledge of these markets.”

Keeping up with an ever-changing global economy

Active, experienced management also means eyes and ear on the ground as much as possible.

I came to understand at an early age, by spending time with my grandparents in Yugoslavia, that the reality on the ground can be very different from the image projected by the media. At that time, Western media seemed enamored with the dictatorship of Marshal Tito and its “third way” between capitalism and Communism.

However, it was clear to me that the supposed third way was actually very close to the Soviet way. Even as a kid, I knew that phones were routinely tapped and that companies, in theory, owned by the worker Councils, were actually run by Communist Party heavyweights selected by the regime. But because Tito stood up to the Soviets, the Western press ignored his repression at home.

So, I learned to believe my own eyes and to check the “facts” with on-the-ground research, a habit that continues as I travel the world looking for great investment opportunities.

It’s a gift to have been able to travel and develop a worldview that lets me see, and take advantage of, opportunities where others just see “third world country.” With all I’ve seen, and researched, I truly believe that these overlooked frontier markets should be part of any savvy investor’s portfolio.

Read next: Why all connected smart devices should be free