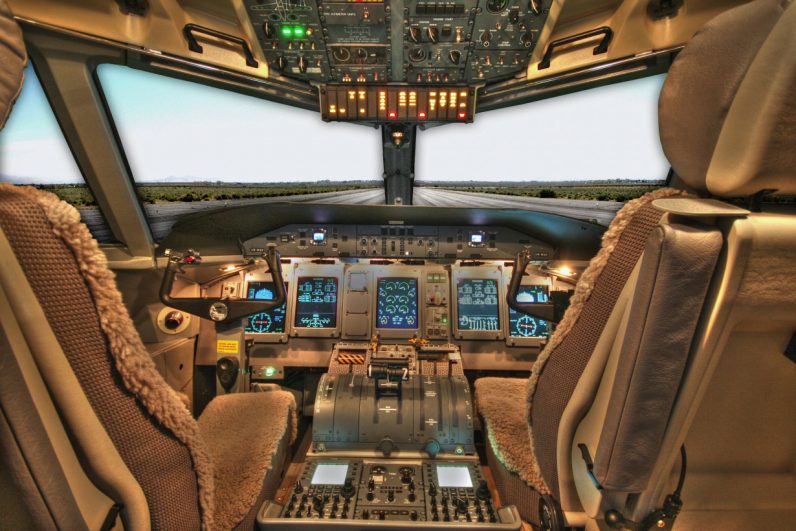 The airline industry is investing heavily in pilotless planes, but should it be fixing existing systems first?

The holidays bring that familiar mixture of anticipation and dread that comes with traveling at the busiest time of the year. And this year passengers have even more reason to feel trepidation as they head out to the airport, even if they’re not flying with United.

Hundreds of American Airlines passengers recently discovered that a computer glitch had jeopardized their holiday plans. In September, Ryanair also experienced a similar failure that led to a much larger scheduling meltdown, affecting over 700,000 passengers and causing no fewer than 20,000 flight cancellations.

Ryanair has since gone on to hire more than 200 pilots, capitalizing in part on the collapse of some of its competitors – such as Monarch Airlines – but critics point to the fact that more staff won’t solve the flaws that led to the fiasco in the first place.

So why don’t the airlines simply implement new solutions to optimize their operations? Tom LaJoie, the president of airline crew and flight schedule management firm eTT Aviation, says that the aviation industry is notoriously conservative and generally loathe to make changes to its mission-critical structures.

“Their operational systems have many tentacles into other systems, and those interfaces must be updated with a new system,” he explains. “Some airlines get caught in a situation of waiting too long to upgrade their systems due to costs and complexities of the implementation phase.”

Watching all those scenes of miserable passengers stranded at airports, and given the industry’s resistance to change, you’d be forgiven for thinking that airlines are in crisis. And yet, profits are actually expected to hit record levels in 2018, and global passenger numbers are up by 6 percent on average.

So the more immediate crisis facing the airline industry is keeping up with demand among rising concerns about crewing shortages. According to a Boeing report, at current rates of growth airlines would need to recruit and train around 600,000 new pilots over the next 20 years – over 253,000 in the Asia Pacific region alone.

Expansion in China and elsewhere is indeed putting pressure on established markets like Europe, and aviation groups broadly agree that recruitment is going to become increasingly challenging as the prospect of pilot shortages looms.

Add to this the fact that 42% of current US pilots will retire over the next decade, and that new regulations brought in by the Federal Aviation Administration (FAA) have limited pilot flight time in an effort to reduce fatigue-induced errors, and you have something of a perfect storm brewing which could be bad news for passengers.

So it doesn’t come as much of a surprise that research conducted by investment bank UBS found growing momentum to develop technologies which would allow aircraft to be flown remotely. At this rate, the study claims, pilotless planes could be possible by 2025

Autonomous flight is already being tested and conceptualized, in fact. Lilium Aviation recently tested its all-electric, two-seater, vertical take-off and landing (VTOL) prototype, while Airbus recently completed a successful test of Sagitta, an uncrewed aerial vehicle, which flew autonomously for seven minutes on a pre-programmed course in Overberg, South Africa.

“In the not-too-distant future, we would expect to see a situation where flights are pilotless or the number of pilots shrinks to one, with a remote pilot based on the ground and highly secure ground-to-air communications,” the UBS study claimed, saying the changes would eventually make flying safer by minimizing human cockpit errors, as well as bringing peripheral efficiencies in terms of fuel gains through optimized operations, for instance.

Paul Eremenko, Chief Technology Officer at Airbus, recently said in an interview with Bloomberg Television that the company is already pursuing single-pilot operation as a potential option, but doesn’t rule out going even further: “A lot of the technologies needed to make that happen have also put us on the path towards unpiloted operation.”

These companies are spurred by the promise that such technology could potentially save the industry an estimated $30 billion over the next two decades. Yet on the other hand, unmanned cockpits pose obvious security concerns around hacking and glitches, not to mention removing the ability of a human pilot to deal with unexpected emergency situations on board.

So even though such a move could save passengers as much as 10 per cent on the cost of their fares, 54 per cent of the 8,000 respondents surveyed by UBS said they would be unlikely to board a pilotless flight.

“While it is true fully automated flight will be possible in commercial passenger operations, the public’s willingness to travel on such aircraft will likely be a bigger obstacle to its full implementation than mastering the technology itself,” notes eTT’s LaJoie.

In his view, the investment in autonomous passenger travel is a “a very long play,” and might even prove something of a distraction for airlines that should be focusing on upgrading their existing systems to make them more intelligent and dynamic.

“Automated tools are particularly important now, not just for regulatory reasons, but because the shortage of pilots – particularly at regional airlines – necessitates scheduling each pilot for maximum utilizations and efficiency within regulatory boundaries,” he says.

LaJoie’s company specializes in flight schedule management, taking into account a complex set of variables including crew readiness and vessel location to maximize pilot availability. Their complex data solution, powered by the Sisense business intelligence platform, helps schedulers on the ground to work with crewmembers to solve problems before they become large enough to cause delays or cancellations.

Much like the broader debate around driverless cars, automation is not a silver bullet that will solve the industry’s problems. And although greater use of big data analytics and AI will inevitably play a large part in building the future mobility mix, it is not necessarily about replacing humans, but about empowering them to be more efficient and productive in their jobs.

Even though overhauling logistics and improving business intelligence may not sound as sexy as autonomous flying cars, there is a case for addressing the improvement and integration of existing systems infrastructure, as these can potentially yield the greatest returns for both industry and passengers.

Read next: Forkgen makes it easy(ish) to create your own Bitcoin fork