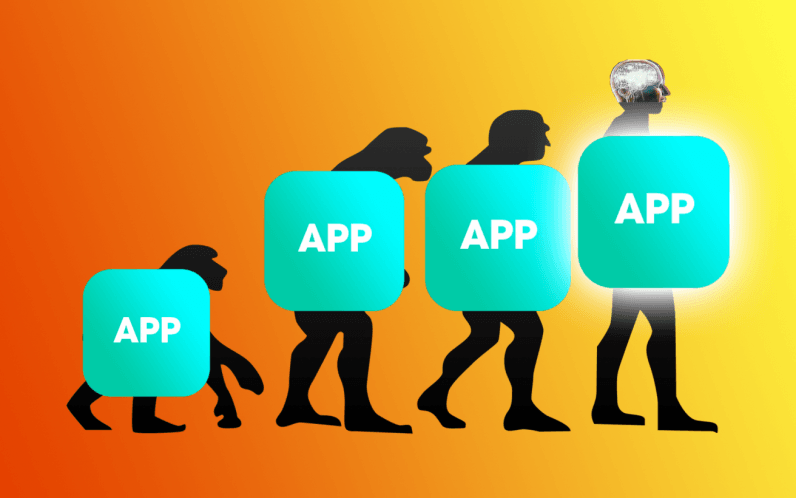 I’m sure you haven’t been able to escape the media’s endless gloomy predictions about the fate of the app. We’ve been told that new apps are a waste of money. Growth rates are sluggish. Nobody is downloading apps anymore (beyond the few we can’t live without like WhatsApp and Facebook).

But all you need to do is take a look at the statistics: the app bubble is showing no signs of bursting. On a global scale, as more people around the world own mobile devices, the app economy is not just healthy, it’s booming.

A recent report from App Annie predicted the global app economy will reach $6.3 trillion by 2021 (up from $1.3 trillion last year), with the average user spend increasing from $379 in 2016 to $1,008 by 2021. And when users choose to spend 90 percent of their time in apps over web browsers, we are clearly still a world obsessed with apps.

However, we can’t pretend that these apps are the same as they were five or ten years ago. The app has gone through something of a renaissance — and it no longer exists in its old form. This means that we can’t use the same measures of success as we did when the app was in its infancy.

So, with this in mind, how should you “app-date” your thinking? And how can you ensure that your app is part of the new world, not the old?

With fast growth comes increased competition. To give you an idea of the scale, Apple’s App Store and Google Play Store offered close to five million apps combined at the end of 2016. When the market is this crowded, you only get one shot to impress your consumers.

When building an app, you face the challenge of making sure your app keeps its spot people’s already crowded mobile home-screens. You can’t afford to wait for the second or third release to get it right. According to app engagement data, unless your app is fully functioning and runs seamlessly, there isn’t much point in having one at all.

Too many apps appear to be afterthoughts, with certain functions missing or formatting that makes it difficult to view features properly. So don’t shortcut the testing process. Before you launch an app, make sure you’ve tested it on every device and under different conditions so you know it’s 100 percent user-ready.

We’re living in fast-moving times. Amid the rise of new technology — from chatbots to voice recognition to connected devices — apps aren’t being replaced, their function is evolving.

In the past, we would measure an app’s success based on how long a user spent in it — but don’t even think in these terms any more. Quite the opposite, in fact. Users are increasingly looking for an experience that is as friction-free as possible, and this means not having to repeatedly open and close an app in order to get the news and updates that matter to them. In fact, some of the very best apps never get opened — they’re the ones that can send the relevant information before the user even has time to think.

Work out exactly when and how users want your content and services and then offering it via push notifications. This means you can reach your users at the most opportune moments so they can use the apps as and when they need to.

No app is an island

Take a second to ask yourself if your users benefit if your platform was integrated with associated businesses and services? Would the user experience be smoother if they could access your app via another app?

As apps begin to overlap, more and more companies have started integrating with other apps to increase their usage. Slack integrations are a good example — if you’re a B2B company, your customers likely use Slack on a day-to-day basis, and it’s far more intuitive for them to access your app via one they’re already using.

Similarly, Amazon’s “skills” allows any number of B2C companies to integrate their apps with Alexa’s interface for voice recognition. Google has reported that 20 percent of Android searches already use voice, and this is just the beginning — something tells me once you’ve ordered a taxi by doing nothing more than shouting a command at your Amazon Echo, ordering one manually seems a lot less appealing.

The ‘post-app era’ is not as advertised. Apps are alive and well. The difference is that now they come in new forms and are increasingly built around AI and integrated with other widely used apps. Apps were designed to give people a seamless user experience, and the rise of chatbots, voice interaction and other new technologies is enabling them to do just that.

Read next: Why the innovation race is getting automated