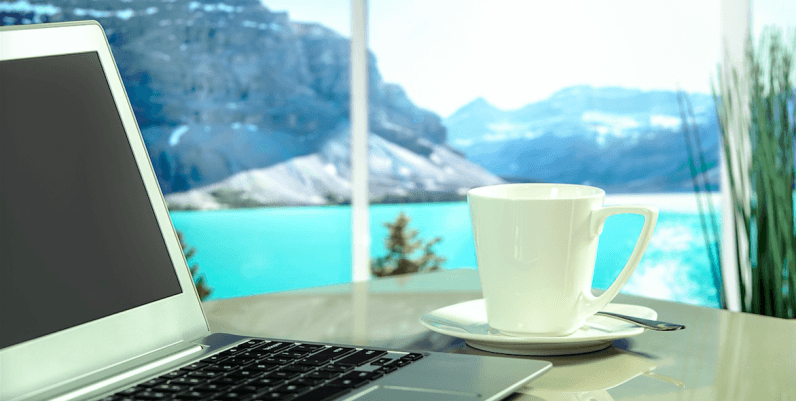 While the business travel industry can take comfort in the fact that our globe’s growing economic interdependence will always provide a continuous stream of travelers, the other fact that the industry is being heavily disrupted, should not be ignored.

The rise of the sharing economy, changing demographic expectations, big data, political turmoil, AI, and currency shifts are just a few of the many forces that are putting pressure on the industry to remain in a state of perpetual adaptation.

As the end of 2017 draws closer, it’s time for us to ask ourselves how this industry will continue to evolve in 2018. Here are 5 changes that we can expect.

This is a part of a larger trend. Terrorist attacks, political instability, pandemics, and natural disasters slowed the industry in 2016, but it still grew by 3.5 percent.

According to the report, the optimism in the business travel industry is driven by accelerating global trade, despite echoes of the recession, in recent memory. Growth in manufacturing and in emerging markets is also major factors.

The downside of that economic trust will be the increase in travel costs, with airfares expected to rise by 3.5 percent and hotel prices 3.7 percent.

In terms of corporate travel procurement opinion, predictions are similar. The Morgan Stanley 2018 Global Corporate Travel Outlook Survey discovered that over two thirds of corporate travel buyers expected air traffic volumes to increase by an average of 4.8 percent. They did not, however, expect prices to increase very much, an average of 1.8 percent.

2. Blockchain starts to be taken seriously

Until recently, Blockchain technology and its cousin Bitcoin have been largely seen either as currency for nerds or for dangerous black markets.

However, business travel and international commerce may be due for a massive shift towards the use of Blockchain in the very near future.

This month, American Express announced cross-border blockchain-enabled business-to-business transactions. The initiative is being implemented in tandem with blockchain startup Ripple. In October, Visa announced launching similar capabilities in concert with a startup Chain.

Blockchain will bring increased speed and transparency to international transactions, as well as reduced costs, while travel suppliers like Lufthansa and Innfinity Software Systems begin to embrace blockchain-based distribution platforms.

While 2018 is unlikely to be the year that blockchain eliminates all cross-border payment issues, it is looking like the year where we start to see meaningful impact.

3. The sharing economy completes its transition to business mainstream

A survey conducted by FreshBooks reveals that the influence of the sharing economy on small business travel happened incredibly fast, so fast that we may even be approaching saturation by the end of 2018.

In 2014, small business owners chose taxis over Uber by a factor of 3 to 1, but by late 2017 that number has flipped, with small businesses choosing Uber over taxis by 3 to 1.

Clearly, there is some resistance to embracing the sharing economy when it comes to sleeping arrangements, but even those going the hotel route are likely to see changes in a more casual direction. Hipmunk, which build its brand on user-friendly leisure, is now turning its attention toward small businesses with Concur Hipmunk.

This is part of a larger trend towards the “consumerization” of business, which is likely to become increasingly important for business travel, especially for businesses hoping to hold top talent in recruitment, negotiation, and other travel-heavy positions.

Uber surprised everybody in August of 2016 by launching a fleet of self-driving cars in Pittsburgh. While humans in the driver seat monitored the cars, it was much sooner than anybody thought a major company would be going commercial with self-driving cars, in any capacity.

The gravity of how quickly this shift could take place hit home in late November, with the announcement of a deal that would put 24,000 Volvo self-driving cars in Uber’s fleet.

The cars will begin to hit the streets in 2019, but the fact that this major deal was brokered should have important implications for the direction of the business travel over the next year.

Uber’s competitor Lyft, meanwhile, is in dealings with Waymo to put self-driving cars on the road.

5. AI hits the industry in a big way

While the influence of self-driving cars is more likely to be on the horizon in 2018 than on the front doorstep, the broader world of AI will likely be making a big impact.

Most of the investment is currently going towards chat bots to assist with customer service, whether in the form of messaging or call center service.

IBM’s report found that the most cognitive-ready businesses in the industry considered personalization of the traveler experience one of the most important points to focus on. The report stated that an unnamed global airline was investing in a Siri-like AI that would communicate with travelers in natural language to put together a personalized travel plan. That personalization would be bolstered by analysis of interactions with other travelers and large data sets about preferences.

Meanwhile, Quantas Airways is already using self-service tech to cut check-in times by 90 percent, the Watson Virtual Assistant is improving call center performance, Hipmunk has rolled out an app you can talk to like a person, and Amadeus is building custom offers for people based off of their social media profiles (with permission, it should be noted).

Business travel is, by now, an old industry. Thankfully, most of the professional leadership in the industry seems to be well aware of how dramatically technology can uproot the marketplace. Shifting demographics and emerging economies are at the same time creating waves of change, and globalization continues to be an ever-present force on the growth of the industry.

Read next: China's Didi is coming to Mexico to battle Uber