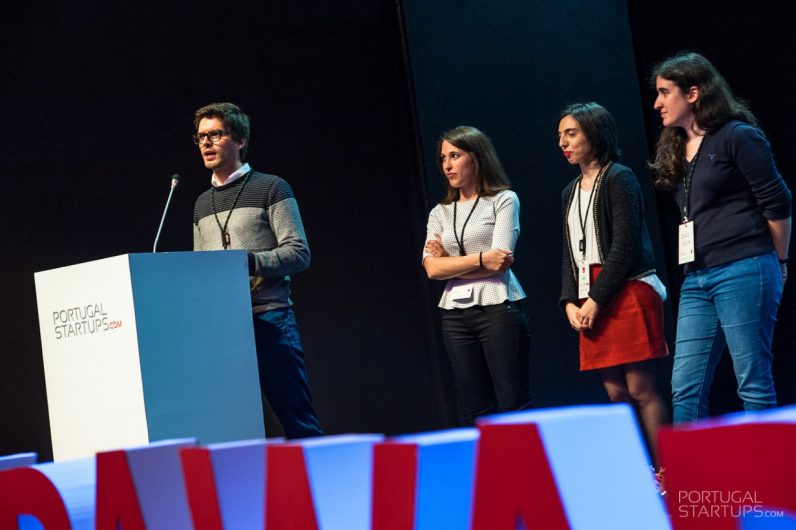 Portugal probably isn’t the first country that springs to mind when thinking about startup scenes. Hit hard by 2008 financial crash, Portugal – and in particular its capital, Lisbon – struggled to keep its head above water in the years soon after. Its economy contracted by 3.2 percent in 2012 and unemployment hit 18 percent during the crisis.

But the country of 10.3 million people has since made a remarkable turnaround.

Today, the IMF forecasts a 2.5 percent growth rate, and unemployment dropped to below 10 percent this year for the first time in nearly a decade. And while some 500,000 graduates left the country during the crisis, 60 percent have now returned reinvigorated and inspired by the country’s now growing economy.

For an economy which exited a €78 billion international bailout program three years ago, it has come a long way. And startups are latching onto this growth. Here are three reasons why having a startup in this booming ecosystem is good thing right now:

Funding and government initiatives are spurring on startups

“Portugal is rich in talent and diversity,” said João Vasconcelos, State Secretary for Industry and former director of local incubator Startup Lisboa, to Europe’s StartUs Magazine. “It has currently one of the most vibrant startup ecosystem in Europe, being the perfect place to create, test, fail and try again.”

And to entice entrepreneurs, the country is providing plenty of benefits. Most notably in a bold move at the 2016 Web Summit, Vasconcelos unveiled a €200 million fund to co-invest alongside VCs in startups and foreign companies that relocate to Portugal. Over the next three years, Portugal will also dish out €10 million-worth of vouchers for incubation and businesses. And for those that aren’t in the EU, the Portuguese government announced a ‘startup visa’ at the start of this year, essentially urging entrepreneurs to come and set up shop with the promise of a resident visa.

Portugal’s putting a huge focus on young entrepreneurs, too. In 2016, the country launched Startup Portugal – a public strategy to nurture new businesses. The scheme includes a startup voucher for people aged 18 to 35 with good business ideas. The voucher gives budding entrepreneurs monthly funding, mentoring and technical support in their first year. Even more, Startup Portugal offers a Momentum program – giving graduates the set of tools to help them develop their business ideas – monthly funding, free housing and incubation are part of a the one year support program.

By providing financial incentives – such as matching funds with angel investors and venture capital funds – the government is showing just how keen they are on putting their money where their mouth is.

There’s also a startup mega campus is in the works in the capital, thanks to its incubator Startup Lisboa. The Hub Criativo do Beato will be a 35,000 square metre startup powerhouse born from a former army complex in the east of the city. There, the 20-building incubator hopes to rival Paris’ Station F.

Major events are being held here, and big players are coming to the capital

Irish entrepreneur and Web Summit co-founder Paddy Cosgrove once said, “Lisbon is like Berlin 5 years ago, but with southern European weather.” And well, he’s right. That’s part of the reason why in 2016, the Web Summit was moved from Dublin to Lisbon. It will run in the city annually through to 2018.

The fact that it has moved to the capital demonstrates just how important the city is in the tech and startup scene right now. Some 53,000 people came to event in 2016 – and this year, it was closer to 60,000.

The prestigious summit saw professor Stephen Hawking talk about AI; environmentalist Al Gore warn attendees about the climate crisis; and U2 frontman Bono urge private and public sectors to come together to help women and girls in the least-developed countries get connected to the internet. Netflix founder Reed Hastings, actress Eva Longoria, and Tinder’s co-founder, Sean Rad all made appearances, too.

Some major players in the global startup scene are also flocking to the Portuguese capital.

London-based Workspace innovator Second Home announced they would be investing heavily in a second, bigger base in Lisbon, due to open in 2019. They hope to cater to local and foreign companies hoping to make Portugal their home. Their London-base is used by VICE, Volkswagen and Mercedes Benz. And Factory, who provide space to fast growing startups in Berlin, are opening a massive venue in Lisbon next year as part of the Hub Criativo do Beato.

Lower cost and a high quality of living

With costs below its European neighbors, Portugal is an attractive choice for budding businessmen and women. In fact, the European Digital City Index lists the top features in Lisbon as the low-cost of living and the high quality of life.

Last year, Lisbon was rated as the fourth cheapest city break in Europe, and the cheapest in Western Europe. That’s not taking into account rent costs, either. With a 900-square foot apartment going for roughly €778, office space can be found at a fraction of the price of major startup cities like London or Berlin. And with great weather, countless cultural things to see and do and a superb nightlife and food, Portugal may just be the one.

Living in a city where the Estoril coast is on your doorstep; where a stroll through the glorious Avenida da Liberdade will be the best way to unwind after a day at work; or a Friday night in Barrio Alto to celebrate, it’s no wonder startups are drawn here.

A renewed spirit of innovation has led to an explosion of startups, helped by the country’s impressive bilingual education system and local support network – such as Startup Lisboa, ANJE, Beta-i, UPTEC, IPN, Startup Braga and ScaleUp Porto, to name a few.

Richard Marvão, the co-founder of Beta-I, a non-profit organization which aims to improve Lisbon’s ecosystem, said about Portugal: “You can also relax by the beach and go surfing in the weekends. You have an amazing quality of life here and low costs of living – which is really helpful when you’re building your own company.”

And if that isn’t a good enough reason, I don’t know what is.

This article was Co-Written by Mathew Di Salvo

Read next: Instagram's standalone messaging app could be a winner