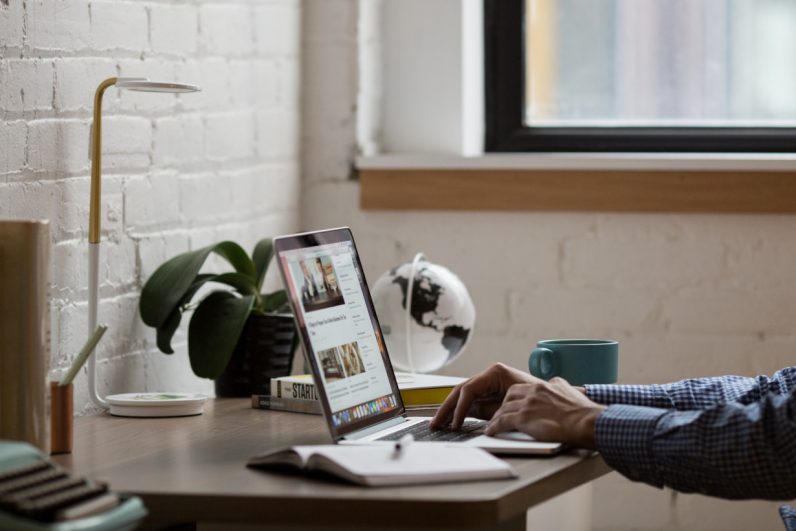 For many of us, the idea of founding our own startup sounds glamorous. It means pursuing our own vision, the way we want to pursue it. It means striking it rich. It means making our own rules and hiring our own team. It means turning our passions and ideals into a tangible reality.

Still, the road to get there is rarely, if ever, easy or comfortable. Even maintaining your own business, once successfully established, requires hard work and dedication for continuous upkeep and growth.

Why some (okay, most) startups fail

Studies from the past few years have shown that 90 percent of startups fail. There are a few reasons for this and, while some of them have to do with the lack of market need for the product itself, most stem entirely from poor execution and operational strategy.

For example, some founders might lack good mentorship, or be so focused on their precise vision that they fail to take advice from potential teachers and peers. Others lack knowledge of basic business operations, such as marketing, finance, or tech, and could easily have resolved these issues had they listened to experts and hired the right team. And many, unfortunately, lack motivation or passion for their company’s product or service, instead founding a startup for the sake of founding a startup and failing to give the process the dedication it needs to thrive.

The good news is that since these reasons are primarily a question of operational issues, proceeding strategically can help you overcome them. Rather than cling to an idealistic vision of what it means to start a company, it’s essential that you anticipate the risks and challenges that come with founding a startup so that you can plan ahead.

One of the biggest challenges to starting a new company is coming to terms with the fact you will have to leave your existing career. You might be tempted to start your company by working at night and on the weekends, but this won’t be sustainable if you truly want to grow and succeed.

As entrepreneur Ruzbeh Bacha discusses in his online lecture, starting his own company required leaving behind financial security and even assurance of his own success. “I left my job at Skype, which was a great job but I wanted to achieve something more. I didn’t have much knowledge of coding so the first step was putting in the time to teach myself how to code. It took lots of trial and error before I eventually created the first version of CityFALCON from my bedroom,” he explains.

It’s daunting, of course, to walk away from a good, steady job in favor of something so uncertain. The hard truth here is that 100 percent of your effort has to go toward building a solid foundation for your company; keeping up with your current job, while more lucrative in the short term, will only obstruct your goals. If you’ve given thoughtful consideration to the issue and still decide that you’d like to found your own company, the best option is to just quit your job.  This is precisely why it’s important to be sufficiently passionate and committed to your vision that you’re able to push through the obstacles and face the risks.

Deciding to quit your job and found your own company is itself a decision with very high stakes. But it certainly won’t be your last. If you’re creating your own startup, you have to learn to think on your feet and function well under pressure. Not only will your team members turn to you as the company visionary responsible for making big decisions, but you’ll also have to make hundreds of small decisions each day–whether they involve deciding how to respond to a client or investor or drawing up a list of internal company rules.

Decisions aren’t just stressful; they can also be genuinely fatiguing–so much so that a high daily dose of decision-making can greatly affect your performance. The psychological phenomenon of decision fatigue, first analyzed by Freud, involves becoming so mentally exhausted from decision-making until it’s increasingly difficult for you to make choices throughout the day. The consequences of decision fatigue are twofold: first, it can cause you to make quick, impulsive decisions without first thinking through the consequences; and second, it can cause you to avoid making important decisions altogether.

The secret to avoiding decision fatigue is to have confidence in your own intuitions and be open to learning from experts, colleagues, and peers.

Letting go of your original idea

American writer William Faulkner is known for both his novels and for his famous piece of advice: “Kill your darlings.” Faulkner’s words, of course, were intended for writers, who are often reluctant to delete well-written, but ultimately irrelevant, passages from their stories. His point was that writers shouldn’t stubbornly hang onto their favorite ideas if it means that these ideas just don’t fit into the greater context of the story.

These words are equally applicable to company founders. As Ofer Yourvexel, Pepperi’s CEO and co-founder, explains, “Pepperi was founded to move the issuing and tracking of warranties by wholesalers to the cloud. But when we realized that overcoming the hurdles created by the structure of this market would be too hard, we decided to pivot and create an order taking solution for sales reps on-the-go.”

The point here is that hurdles inherent in your market–which you might only discover once you’ve already entered an industry–often necessitate that you change your idea. This can be difficult to come to terms with, since you might have founded your startup because you were excited to pursue a specific vision. While pursuing an idea you’re passionate about is a key component of a successful startup, too much attachment to that idea is actually a weakness. Rather than cling to your original idea, it’s important to let that idea grow and evolve as you learn new things about the industry and the needs of those involved.

Financing is perhaps the most daunting challenge to funding your own startup. When it comes to financing, you really have two options: obtaining funding from investors, or bootstrapping.

Obtaining funding from investors isn’t easy, but there a few techniques that can help. Before you approach investors, make sure you have a detailed plan about your company’s plan of operation, the need your company fills, and the market your company addresses.

An alternative to seeking out investors is bootstrapping which, though also challenging, has been argued to be the best option. Though bootstrapping isn’t exactly glamorous, it also saves you from over-dependency on investors, some of whom are just there to gain at the expense of idealistic entrepreneurs. To begin your bootstrapping strategy, map out a realistic timeline with an actionable plan, achievable, short-term goals, and a relatively frugal budgeting plan.

Pini Yakuel, co-founder of Optimove, discovered this when he was looking for a new hire to manage his company’s expansion abroad. “When expanding overseas, you need a superstar, but there is more to consider. I was going back and forth between two candidates, and I chose the more experienced one, even though something told me he’s not the right fit for Optimove’s structure. In the end my intuitions were right; I should’ve taken the other guy,” he explains.

The same is true when choosing your co-founder. Though experience is certainly important, ensuring that your co-founder is in line with your own visions and intuitions may be more so. Even more importantly, just as your team members should balance one another with different areas of expertise, your co-founder should have a different set of skills from yourself. If an essential skill set is missing from both you and your co-founder, you’ll find it difficult to give your startup that initial push.

Read next: Facebook’s new charitable giving policy could help thousands get the help they need