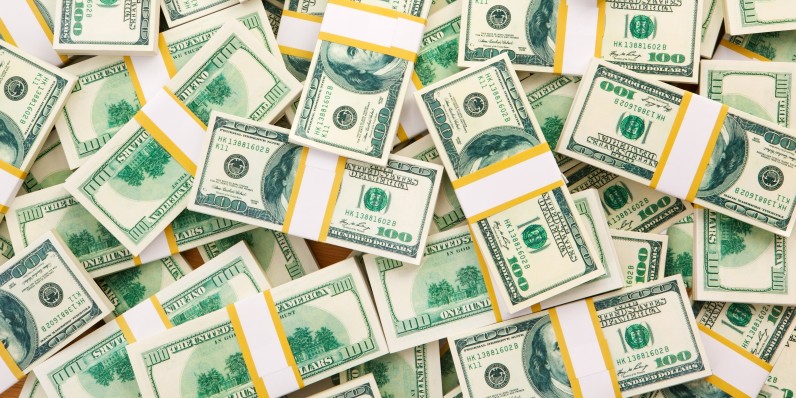 Funding has always been a major hurdle every project faces. The VC and Angel Investor route has many obstacles, can take many years, and will not work for many projects. Crowdfunding platforms like Kickstarter and IndieGoGo opened up funding opportunities to a wider audience. But only exceptional projects managed to rake in more than a million dollars in investment and backing.

Initial coin offerings (ICO), a new crowdsourced investment vehicle based on blockchain and cryptocurrencies, has created a totally new way to raise funds for projects. Ethereum, the cryptocurrency with the highest market cap after bitcoin, launched the first ever ICO in 2014, and raised more than $18 million in mere months. Since then, hundreds of blockchain projects have raised billions of dollars in ICOs and have surpassed early stage VC funding. Some have raised hundreds of millions of dollars in mere minutes.

Thanks to a number of platforms, the technical barriers to creating digital tokens and launching ICOs are being removed. This will make it possible for more people to jump on the ICO and cryptotoken bandwagon. But is it suitable funding venue for your project?

The appeal of ICOs

Basically, to launch an ICO, a company or team creates and issues cryptotokens on the blockchain. Token are cryptocurrencies that represent the project or platform that the team is developing. Enthusiasts and investors can help fund the project by purchasing its tokens.

One of the things that makes cryptotokens appealing is the ease of obtaining them, which it inherits from the culture surrounding cryptocurrencies. All you need to invest in an ICO is a cryptocurrency wallet. This means anyone from anywhere across the world can become engaged in an ICO. Most ICOs require very minimal investment for entrance, as little as single token. In contrast, other forms of investments have many legal and financial barriers, which severely limits the audience that can take part in them.

Moreover, cryptotokens are issued and sold on the blockchain.There’s no broker to mediate the transactions. This means transfers are immediate and with considerably lesser fees.

Contrary to traditional crowdfunding, tokens give their holders a stake in the project’s future. This enables new ways to manage economies in which all stakeholders collectively own a business. Tokens rise in value with the success and adoption of projects. This makes the growth of the ecosystem beneficial to users, developers, investors, and other involved parties.

Until recently, creating tokens and launching ICOs required technical knowhow such as blockchain software development. This prevented a lot of projects from entering the field. To overcome these hurdles, a number of startups have developed platforms that make it easy to fundraise with cryptotokens without having the technical talent.

Starbase, a blockchain project created by a namesake Singapore-based startup, provides an easy-to-use platform to issue and sell cryptotokens. Startups and organizations can use Starbase to raise funds from across the globe. Investors can purchase project tokens through a several supported cryptocurrencies or with STAR, Starbase’s own tokens. Anyone ranging from enthusiasts with a couple of bucks to spare to large VC firms can invest in these projects.

Before launching a crowdsale, projects have to go through due diligence by the Starbase community. Starbase uses a crowdsourced voting system to evaluate projects and protect investors from scams.

Startups can also use Starbase to attract talent for their projects. Rewarding team members with tokens encourages them to work toward the success of the project and see their tokens rise in value.

Switzerland-based Bancor is another platform that enables the creation of custom tokens and currencies. Bancor users can issue and sell their own tokens on the platform. Bancor’s underlying protocol, powered by its proprietary token (BNT) and smart contracts, makes it possible to trade between different cryptocurrencies and tokens.

With the barriers removed, anyone can generate their own tokens on these platforms. For instance, this can be local shops that want to give loyalty rewards to their customers, indie artists and musicians who want to fund their latest albums, or event organizers who want to advertise their events and sell tickets on the blockchain.

A few words of caution

Despite the hype that surrounds ICOs and cryptotokens, you should be wary of the pitfalls. They’re not magical money-making machines. Their misuse has resulted in many scams and projects that have failed, to the detriment of token issuers and investors. (I’ve discussed the many pitfalls and dangers of ICOs in several articles.)

Just as investing in any ICO requires due diligence, starting one has its own requirements. First of all, it should be backed by a solid project with a detailed whitepaper, a unique value proposal, a strong team, and a clear spending and implementation plan. (Nick Tomaino has a very detailed post on the best practices of cryptotokens.)

One of the main requirements for a token to be successful is its integration into the project. If you’re just issuing a token to raise funds, it’ll die as soon as your ICO ends. Token holders will constantly look for an opportunity to cash out their tokens. But if it’s part of the ecosystem’s lifecycle, it is more likely to preserve and increase its value. Starbase and Bancor are both examples of active tokens.

Starbase relies on a crowdsale of STAR tokens to support the development of its platform. As projects launched on the platform create value, STAR token holders will receive a percentage. This will make the STAR a valuable token to hold as more and more projects launch on Starbase.

Bancor’s token, BNT, which broke ICO records at the time of its crowdsale, is the connective tissue that links the user-generated tokens. The more people use it, the more value it captures.

Other projects we’ve previously reviewed here on The Next Web show how tokens can generate value and encourage their holders to actively work with them instead of selling them for cash.

So the bottom line is, if you’re looking to get rich quick (or die trying), tokens aren’t for you. If you want to create something that will have a long-term value, then tokens might be a good idea.

Read next: These chatbots will answer obvious questions so your bookkeeper won't have to