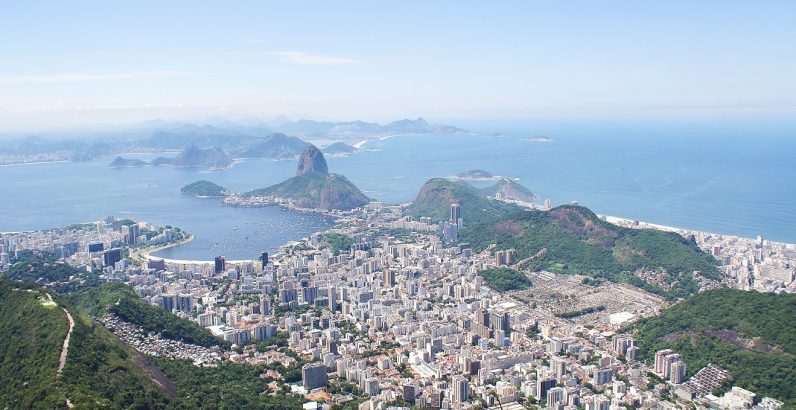 When we think of startup hotbeds, it’s easy to focus on places like Silicon Valley and Moscow, but one area that is continuing to improve and garner attention is farther south in areas of Latin America. While it still has a ways to go before reaching the notoriety level of somewhere like California, passionate entrepreneurs, startups, and VC firms are working hard to establish the necessary foundation to create a successful startup economy – and from the outside looking in, it seems to be going very well.

While there are many contributing factors to this growth, it wasn’t until the founding of two different venture capitalist firms, VOX Capital in Brazil and NXTP Labs in Argentina, that Latin America really started to be noticed by investors for the startups and businesses that were already establishing themselves in the area. Both Google and Microsoft have since turned their eye towards investing in Latin America startups, as well as payment giant VISA. Couple all of this with an emerging fintech market that caught many off guard and you have a ripe portion of the world ready for seed funding and advancements in a multitude of fields.

In an area that is still has many of its population unbanked or dealing with harsh fees, fintech was one of the first areas startups were able to find major success. Arguably the most successful of the bunch, Nubank, has already managed over huge funding rounds and extended lines of credit from Goldman Sachs. Growing by approximately 10% each month, Nubank offers a “no fee” credit card that Brazilians can use instead of one of the five main banking institutions that charge aggressive fees. The card has already been used in over 171 countries and over 75 million purchases have been with made with it.

Another area that sees huge growth potential is the electronics market, more specifically, the used electronics market. Due to high taxes and just generally higher costs, electronics like phones and tablets can cost up to and exceeding 50% what we would pay in America. Due to this, there is a huge market for used electronics, and startups like Trocafone are working to get electronics into the hands of those who want them – at a more reasonable cost. Trocafone manages this through a buy and sell platform where they purchase used devices from consumers, refurbish the device, then lists them on the marketplace at a discount with a 90 day guarantee and financing options. In a country where 100 million are without smartphones and 50 million new devices are bought annually, there is huge opportunity to get devices into the hands of those without.

With the surge of connectivity and an increase smartphone usage (partially due to companies like Trocafone), many markets are starting to see a rise thanks to the marvels of the internet. The used car market is another example. As Latin America’s used car market continues to transform, in part due to OEM collaborations to improve presence and brand image, but also in part due to startups like Instacarro. Based in Brazil, the startup is helping penetrate a market that has been very localized due to limited connectivity and is helping both the private sellers and dealers get the best service possible. Essentially, consumers can list their car and dealers bid on it, helping the seller get the best deal while introducing inventory to areas that may not have had the option to purchase prior. Simply plug your information into the app, schedule a visit from one of Instacarro’s inspectors (they’ll come to you or you can meet them), and Instacarro will list your car where over 1,500 dealers compete for the purchase of your car.

IguanaFix is another startup using the powers of the internet to create a service that can be utilized by both individuals and businesses. IguanaFix is similar to something like Angie’s List, but for Argentina, Brazil, and the surrounding areas. They are coming off a late 2016 funding round of $16 million, and are focusing on the areas of home improvements and fixes like painting, plumbing, and electrical work. Not only do services like this open a competitive market for consumers to shop around, but it can give businesses that have the expertise a leg up when it comes to reaching potential customers.

While Latin America might not be your first thought when thinking of a bustling startup community, the area is quickly proving itself as an area with not only large amounts of current growth, but huge growth potential, as well. The companies and VCs listed above are but a fraction of the drowing

Read next: Droplr helps you share almost anything instantly, and you can get it for life for under $30