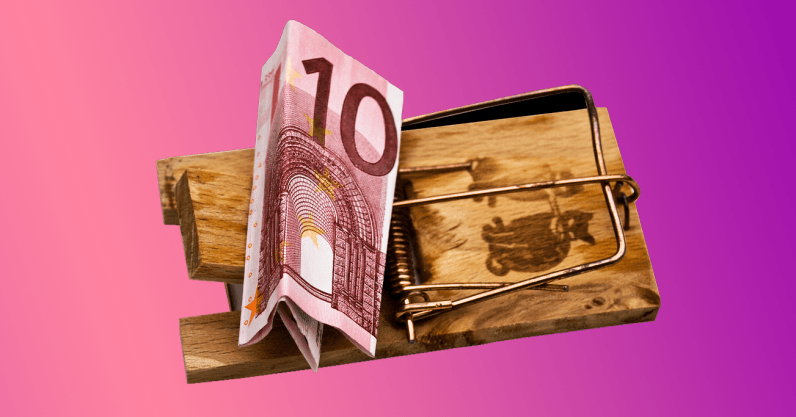 There’s no doubt that the world of cryptocurrency is growing remarkably fast.  And it’s no surprise that scamsters will lock unto this endless opportunity like a heat-seeking missile. Even one of the most widely known cryptocurrencies, Bitcoin, is no exception to this threat.

Just recently, the social media and digital security monitoring company ZeroFOX reported about the dark side of digital currency. According to the report, a new type of financial scam involving bitcoin is rapidly spreading across social networks.

However, with the cryptocurrency market growing very rapidly, have it in mind that scamsters are becoming more sophisticated than Ponzi schemes. And before you invest in any of them, try to explore the following unconventional red flags that indicate a cryptocurrency is a scam.

1. The cryptocurrency has no local exchange, only internal exchange

There’s no genuine cryptocoin that can’t be exchanged into a local or fiat currency. For example, cryptocurrencies like Bitcoin and Etherum have local exchanges where they can be converted into fiat currency.

Unlike most of the scam cryptocoins out there designed in such a way that they can only be exchanged internally — that is within its community, such ‘community’ is usually a Ponzi scheme.

Note: A genuine cryptocoin is not being traded internally, but can be converted into traditional currency by local exchanges such as Poloniex, Bittrex etc.

2. The cryptocurrency always appreciates in value

Beware. This is another strategic method of getting into your pocket. Whenever you come across a coin that only appreciates, you have in front of you a scam coin. How can you be sure?

One of the characteristics of currencies (either digital or fiat) is volatility; there are times when it goes up and down in value due to ‘market factors.’

Scamsters understand human psychology — our love of making just profit. So, they’ve developed several coins that will only appreciate in value daily, knowing for sure that many people will fall for this.

However, a genuine coin doesn’t behave in this manner, rather the market forces (supply and demand) determine when, and how long it appreciates or depreciates.

3. No solid background information about the cryptocurrency

Another red flag that reveals a scam is when you can’t get your hands on solid background information about the coin. In fact, you have every reason to believe that any cryptocurrency that either hides or doesn’t share its basic information like the name of the owner or the address of the company’s headquarters and so on; is a scam coin.

If you want to invest in a cryptocoin, it’s advisable you carry out solid research about its background before you proceed. If it happens that the ‘coin’ doesn’t have solid background information, there is a high probability that such a coin is a scam.

4. When a cryptocurrency promises a significantly huge and consistent return.

Promising significant and consistent returns is not just a masquerading technique of getting people to invest more but also a sure way of convincing people that they’re not after your money, rather they want to help you.

In fact, most of these ‘coins’ will arrive at your doorstep via unsolicited means like your mail and social media. If you come across such ‘coin,’ have it in mind that you have in front of you a scam coin.

Note: In general, there is no investment that consistently generates huge returns without any commensurate risks.

5.  The cryptocurrency does not satisfy the fundamental characteristics

If a coin does not satisfy the following;

It signifies that such ‘coin’ could be a scam. In fact, most scam coins have a closed source code; that is they prevent their source code from the public. So, to be on a safe side, it’s very much advisable you don’t get involved with coin’s that don’t satisfy the above characteristics.

6. They depend strongly on referrals and commissions

Supposedly, if the primary way of making a profit from a cryptocoin is a function of referrals or commission, there is a high probability that such coin is either scam or a Ponzi coin.

This simply means that the ‘coin’ on its own has no value (no market demand) which is not a good sign if you’re investing. If you come in contact with such coin, flee — the coin or company could collapse at any moment.

Over the past few years, thousands of new cryptocurrencies have entered the coin market. This is a more solid reason why you should do your homework before you invest on any of them. The point to take away: just because a coin is displayed in the coin-market doesn’t guarantee its scam-free.