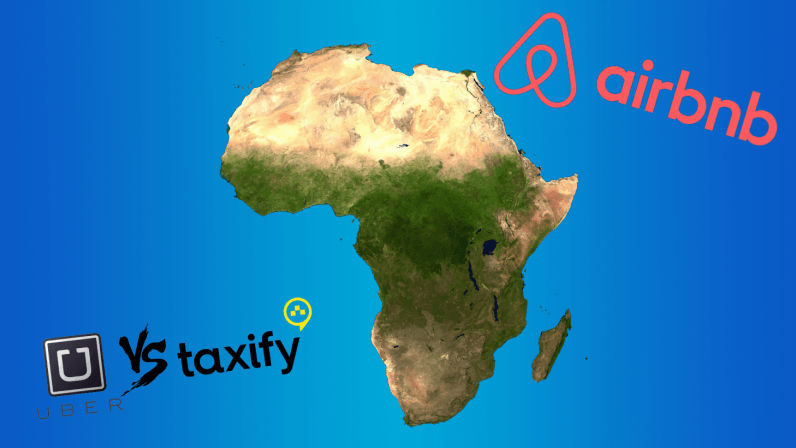 Major on-demand players like Airbnb and Uber are making major plays for customers in Africa, but are facing different levels of competition on the continent.

Airbnb continues to grow. October saw the company announce it will invest US$1 million in Africa through to 2020 as it bids to promote and support community-led tourism projects.

The company said the commitment was part of its vision to empower communities through home sharing and to promote people-to-people tourism that benefits local families and their communities.

Uber has a battle on its hands

Uber, meanwhile, is facing increasing competition. Estonian company Taxify is expanding across Africa as it looks to rival the Silicon Valley firm on the continent, and expanded to yet another African city — Uganda’s Kampala — last month.

Taxify is also challenging Uber when it comes to service. It has integrated M-Pesa payments in Kenya, something Uber has yet to do, and also launched luxury service Taxify Comfort. Uber has responded by launching its own higher-end option — UberSELECT — and offering card payments in Nairobi. It has also appointed a new GM for West Africa to help spur growth.

Away from the ongoing taxi war, other major African companies were busy rolling out new innovations of their own over the course of October. Kenyan mobile operator Safaricom extended its NFC-based M-Pesa 1Tap service to all the major cities in the country.

Pay-as-you-go (PAYG) mobile technology has revolutionised the provision of power in Africa, with solar companies using mobile money to allow customers to pay for their solar units over time. As a result, such companies are proving very popular with investors, and October was a particularly spectacular month in this regard.

In East Africa, PAYG solar firm M-KOPA Solar secured US$80 million in expansion funding, while rival BBOXX secured financing to expand its operations in Rwanda. Uganda’s SolarNow raised a US$6 million debt facility. Over in West Africa, PEG raised US$13.5 million, while Senegalese solar startup Oolu raised US$3.2 million of its own.

Other sub-sectors of the tech space are proving popular too. There was a landmark raise in October, with coding school and coder marketplace Andela becoming one of the best-funded African startups ever as it secured a US$40 million Series B round.

There was plenty more where that came from. South African companies did especially well last month, with rounds for the likes of The Sun Exchange, Naked Insurance, Digital Cabinet, UAV Industries, Entersekt and Wala.

Read next: This tool lets you create Google Assistant actions from a Word document