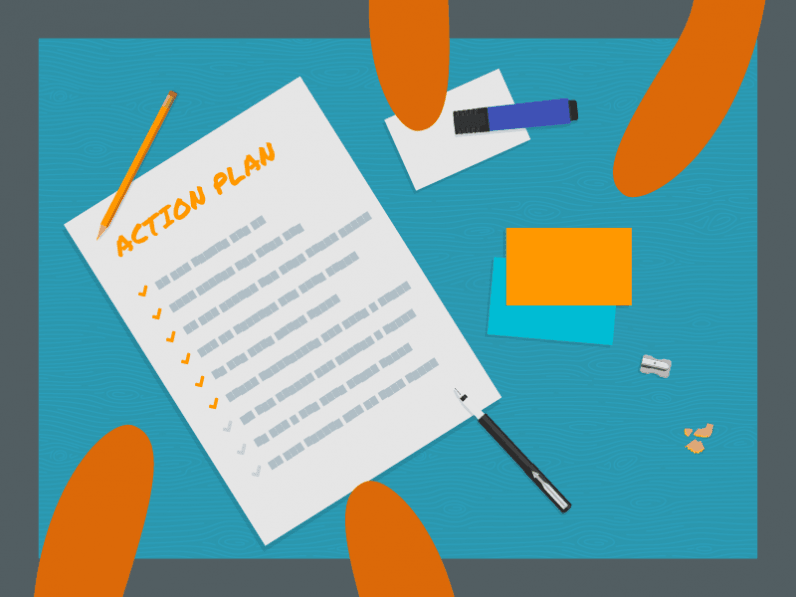 In 1993 PC maker IBM posted the then-biggest loss in America’s history, $8 billion. By 2013 they became the no. 1 seller of enterprise server solutions in the world. Nintendo Koppai was founded in 1889 as a playing card company, in 1985, when NES console was released, it launched the best-selling video game franchise of the next three decades. In the 1990s National Geographic started losing readers fast as young people dismissed it. Then its CEO, John Fahey, spearheaded an effort to reinvent the National Geographic brand across all media platforms and launched the National Geographic Channel in 2001.

All those success stories are about setting new goals and reorganizing something that is no longer profitable into something that can stay competitive in the current marketplace. And this is a hard and scary process for any leader. But, where to start?

When looking for new ways to set new goals, the first thing you need to do is research. There are a lot of ways goals can be set and each company has it’s own distinctions when setting them. For the most popular methods, there are a lot of webpages that will help you get started:

Finding a new way to successfully run a business also demands a new way of thinking. This is difficult as our first instinct is usually playing it safe and relying on ideas that have worked for us in the past. Mindset offers a 3-point plan for dealing with yourself in these situations:

While this system might seem like the start of schizophrenia, it actually enforces the point very well: in order to change the way you think, you need to challenge yourself and the way you think. Often this is the point when companies bring in outside consultants to offer “a wider angle.” But you can do it yourself if you’re willing to try new things and remember that failure is not always a bad thing.

Knowing you need to change and having an idea on how to do it is only the first step. Then comes the hard part: testing it on people. The reason for that is simple. As Brian Tracy wrote: “The more you test, the more likely you are to earn the sales and profits that you desire. Remember, every dollar you spend in market testing will save you many dollars of losses later on in the marketing process.”

The difference between market testing for new products and changing internal processes is similar. There is a new idea that other people have to accept. When I started implementing a new marketing story in our company, we started by first testing all of our ideas on our employees (a practice that we had previously used when implementing OKRs). Based on their feedback, changes were made and the updated versions were then tested on our clients. Based on their feedback, another round of changes were made before testing it on the market.

This sort of testing process is long, painful, and expensive. But it also makes sure our new ideas are better than the old ones. And it improves the performance indicators we need to improve.

There are a lot of people who don’t like to try new things. The reason is the same one mentioned before: a person’s first instinct is to do things the way they have always done it. If you’re determined to move forward, you must do everything in your power to convince those people to follow your lead. If you’re company needs to become the next IBM or Nintendo, you’ll probably need to implement some new goals. Just remember: no goal setting methodology works, if employees are not willing to come along with it. That’s why a lot of companies that help to implement SMART goals or OKRs, offer a lot of assistance with it.

Read next: Know Cisco systems inside and out with this ultimate bundle of certification courses for $50