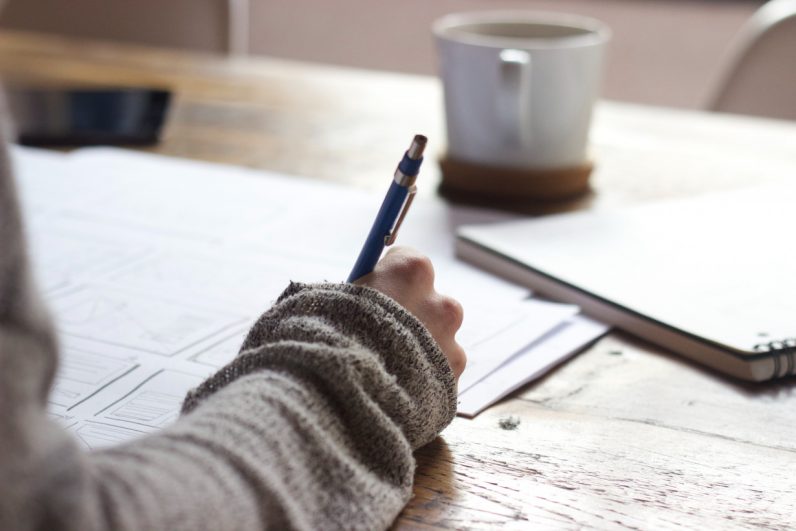 You’re scrolling through your timeline for something interesting to distract you. Unfortunately, you see the same old titles, the same old “tips,” “tricks” and “tools” for your industry. You’ve read them all before — nothing new.

Heck, you don’t even need to open them up to know what they’re about.

As such, it’s not long before you find yourself at your computer about to write the next post for your own blog, and — sure enough — you’re writing yet another boring, run-of-the-mill blog post that people won’t think twice about skipping over.

Simply put, you’re producing content for the sake of it — sound familiar?

With the sheer volume of content online, it’s all too easy to fall into this kind trap, but fortunately, your writing doesn’t have to be overlooked. Matthew Spurr, co-founder of Quuu, a leading content suggestion company, knows exactly how you can stand out and still extract value from content marketing.

A close friend and fellow entrepreneur, I recently caught up with Spurr over Skype to pick his brain on exactly this subject. Working together, and with a bit of research, we came up with five things that are statistically proven to increase blog consumption — check ’em out:

Your audience is over clickbait.

We live in a society where time is of the essence, and nobody has any of it to waste. Whether they’re reading an article about gardening techniques or the best DSLR cameras to vlog with, they want to know exactly what they’re going to get before they devote any time to getting it.

Numbers are brain candy, and headlines beginning with numbers are statistically proven to perform better than those without. In fact, a recent Conductor survey found that 36% of readers had a preference for headlines that included numbers.

The more explicit your blog post headline is about the reader’s target takeaway, the more your headline is going to resonate with your audience. Numbers are about as specific as it gets.

When you use numbers (the numerals, not the words), you are doing three things:

For these reasons, numbers work — use them in your headlines.

We live in a competitive and individualistic culture.

People are obsessed with having the most and being the best at everything. We crave the latest technology, the hottest brands, the coolest fashions, the best cars, the quickest buck, the highest returns, the most selfie likes — it’s endless.

This is where superlatives come into the picture …

A superlative adjective or adverb is one that describes something to the highest quality or degree.

“Cleverly crafting your headlines with superlatives is an awesome way to grab attention because they are conclusive,” Spurr explains. “An example of a superlative is the word ‘quickest,’ because it describes its root word ‘quick’ to the highest degree.”

Other examples of superlatives include words such as “largest,” “craziest,” and “hottest.” For two- and three-syllable words, the words “most” and “least” are usually added, such as in the phrases “most insane” and  “least expensive.”

3) Creating a sense of urgency

American Writers & Artists Inc. (AWAI), which lists urgency as one of its “4 U’s” for crafting compelling headlines, considers urgency an indispensable component, as it compels your audience to act now, rather than later and adds a personal connection to the reader.

For those of you less familiar with AWAI’s 4 U’s of awesome content creation, they are as follows:

Adding a sense of urgency to your headlines is a great way to engage readers, because headlines along the lines of, “Stop Losing Money On Your Investments Today” appeal to your audience’s innate desires for instant gratification.

You don’t necessarily have to include words such as “now” or “today” to generate a sense of urgency.

Headlines such as, “Don’t Waste Another Minute Using This Marketing Strategy” also create a sense of urgency, because it implies the reader could be doing something that needs immediate correction. Needless to say, this will work, as well.

4) Your audience’s ‘número uno’ is themselves

It’s no secret that the key to engaging an audience is to keep your content laser-focused on them. Crafting your blog post headlines by keeping your reader at the center of attention is the best way to increase conversions.

Three common “hacks” you can use to achieve this are as follows:

Truthfully, using “you” is one of the best ways that you can actively engage your audience.

It instantly personalizes your content, regardless of who’s reading it. In fact, Moz recently noted that blog post headlines that directly address readers came in second in terms of reader preference, just behind headlines with numbers.

“How to” posts instantly convey a sense of utility, making a promise as to what readers will get from your content.

Questions are also another audience-centered tactic which engage the reader. In fact, according to the Content Marketing Institute, headlines that ended with question marks (look familiar?) were shown to have a higher click-through rate than those without.

Interesting stuff, to say the least.

Leveraging length to your advantage is a quick trick to increase the performance of your blog post headlines.

Your readers like their blog post headlines and their content concise and to the point, as do search engines. In fact, 70 characters or less is the ideal length, as Google cuts off anything more than that in their generated search results.

Interestingly enough, Content Marketing Institute and The Guardian both found that blog post headlines with eight words performed best, securing an average click-through rate 21% better than the rest of their competing headlines.

“Despite what many may think, the ability to create headlines that really convert isn’t some magical trait that only a select few digital marketing ‘unicorns’ possess — it’s a science,” Spurr says.

Needless to say, these five proven methodologies aren’t absolutely fail-proof. That said, when implemented, they are statistically proven to generate higher conversions — try them out for yourself to what all of the buzz is about.

Your audience will thank you.

Read next: How three companies are bringing communal living into major cities