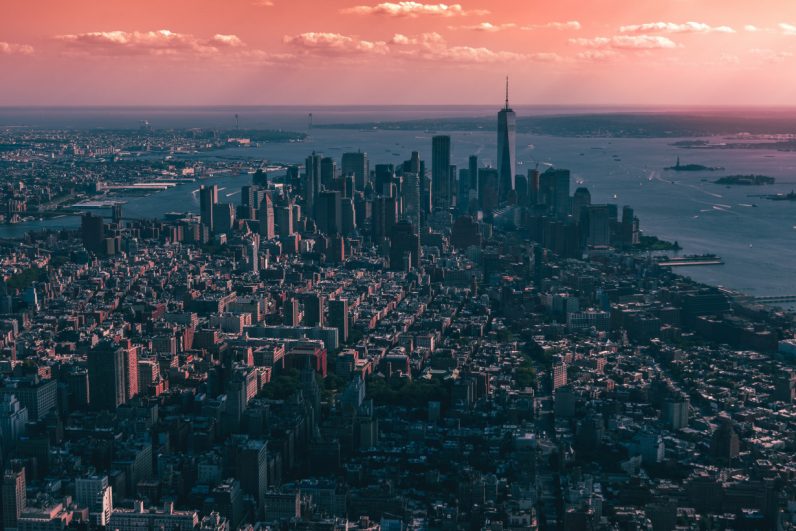 We’ve consulted the experts, and it’s official: blockchain technology is going to change the world as we know it. It’s not just about cryptocurrency anymore, because blockchain isn’t only a financial tool. It’s more than a mere general ledger. Because of how it works, blockchain moves and stores blocks of cryptographically validated data that’s incorruptible. Which means transparency in any transaction, financial or otherwise.

It’s an exciting moment, for all of us, to see how blockchain will change the way we live our lives. Whether it’s keeping your money in a digital safe instead of within a traditional bank account, or making the world a greener place, the changes are coming, and they are huge.

Companies will be held accountable

With the transparency that blockchain brings comes accountability. This means that, as consumers of any product, we’ll now be able to regulate whether the products we’re buying have been ethically made: whether there were any human rights violations along the way, or if any trade laws are being broken.

One example we can look at is the seafood industry. Currently, it’s full of illegal activities, whether it’s human rights abuse or illegal fishing—and the only way to keep track of it now is with the highly corruptible process of paper records and tags. With blockchain, though, everything would change, because it’s processes would be tracked. According to Steve Trent, executive director at the Environmental Justice Foundation (EJF), “Building in mechanisms to deliver transparency from net to plate is central to eradicating illegal, unsustainable fishing and the human rights abuses that have plagued parts of the seafood production sector.”

Electoral fraud will be nearly impossible

With the way the voting system works now, electoral fraud is a definite possibility—just this summer, claims were made in Kenya that 54 percent of the votes for a candidate in an election were “fictitious.” The results? Real violence, from protests to clashes with police. Not to mention the results of the election: it’s hard to know when corruption’s really happening, because it’s so hard to keep track of.

With blockchain, this can completely change. According to Santiago Siri, the co-founder of Democracy Earth, a non-profit that’s designing an app to combine voting with blockchain technology, electoral fraud—or any other kind of corruption—will no longer be possible. “The blockchain is incorruptible, no one can modify or subvert how the votes are stored, and that’s vital for democracy,” he explains. Can you just imagine, a world with only fair elections, where parties and politicians are held accountable for their actions?

Blockchain will be used for good

Just like with elections and keeping companies accountable, blockchain can also eliminate many problems that occur with charities, such as fund leaks and corruption. For this reason, the World Food Programme (WFP) is using blockchain to securely distribute cash assistance to the hungry, and the UK-based aid agency Start Network has now started to test the use of blockchains before putting them into practice. Can you imagine just what a huge difference this will make in the future, as more and more non-profits adopt the use of blockchains for the funding they receive?

Blockchains are going to make the world greener, too, both on the local and global scale. Take, for example, the Brooklyn Microgrid. With this system, people who already have solar panels are able to sell environmental credits through a phone app, to residents who don’t have direct access—which means using less carbon-based power and more solar-based. All of a sudden, a group of neighbors in Brooklyn are making the world a greener place.

The same goes for stopping climate change on a larger scale. According to the World Economic Forum, in their Sustainable Development Impact Summit, the use of blockchain can be a way for there to be more transparency with carbon emissions and credits. This means that instead of relying on power companies to send us information, the information will already be there for us, data-driven and unaltered.

As you can see, blockchain is the way of the future: it’s not only going to simplify our lives when it comes to banking and connecting our devices and money to the cloud—it’s going to make the world better, and totally reinvent it as we know it.

Oliver Isaacs, one of the fastest growing tech influencers in the UK and the founder of the viral opinion website Amirite.com, explains the potential of blockchain technology best: “Blockchain is one of the most innovative technologies around in the tech world and has the potential to revolutionize numerous industries and shape our future, whether it be healthcare, defense, government, law or energy. With such wide-ranging applications, I think cryptocurrencies will eventually obsolete all other forms of money as it frees society from its current condition of economic enslavement.”