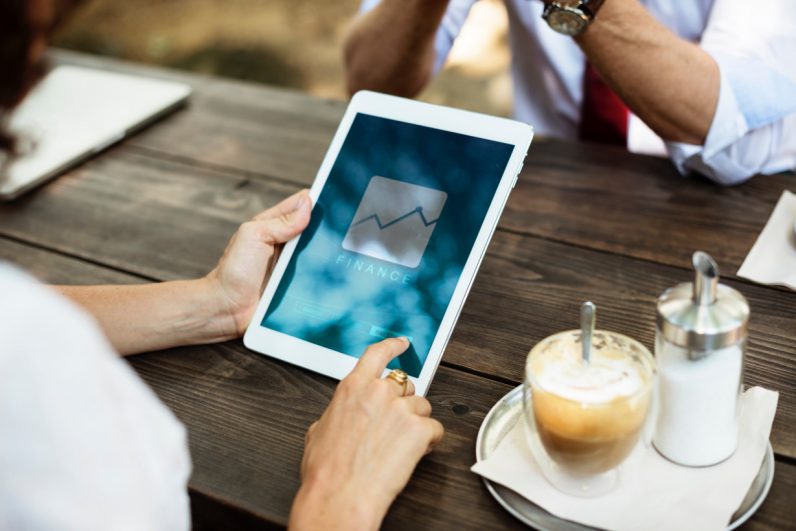 In many ways the current wave of ICOs (Initial Currency Offerings) looks a lot like the heady days of stock IPOs in the late ‘90s. The potential return was so enticing that euphoria overtook common sense in many ways.

Pets.com was a perfect example of an IPO that was highly hyped—and ultimately flopped due to an unworkable business model that poured massive amounts of money into marketing and sold their goods at a loss:

On the other hand, there have of course been some spectacular successes, like MasterCard’s public launch. Early investors in that IPO made substantial gains in the last decade.

Now, investors are eyeing ICOs for this kind of big return. Of course, it’s too early to make a judgment on what could be considered a “flop” or not as many of the larger ICOs are not even a year old, but some early results are certainly eye-opening.

This video shows launch price versus current price for major ICOs in August of this year. While the numbers are out of date, it’s still the case that at current prices, an ICO like Qtum could be deemed a short term “success” as it has made 2x gains since launch, while Bancor could be deemed by some a “failure” since its price sits at 0.9x since launch.

It’s still too early to deem whether or not either of these are a real success or failure though, but large short term returns are generally being seen as a success. Ethereum, however is a noteworthy success — three years from its initial crowd sale, it’s currently trading around $340, compared to presale price being under $1

A major difference between those IPOS and today’s ICOs is the regulatory differences between the two. The ICO climate today could be deemed the “Wild West” of investing due to lack of regulation. Meanwhile the gains being made with ICOs are in some cases surpassing those of IPOs in shorter time frames due to speculation over the new technology.

Because of the lack of regulation, the barrier to entry for setting up an ICO is pretty low. Unlike the massive information disclosure required for an IPO, an ICO has no such compliance mandate.  This benefits legitimate ICOS and their investors, but has also led to a number of offerings that could be considered scams.

Before you invest in any ICO, do your homework. Below we’ll talk about some of the critical factors to look for in a potential ICO, to help you decide if it’s a legitimate offering. For beginners however, the general rule of thumb is pretty clear: Don’t invest more than you’re willing to lose.

Four key things to look for when considering an ICO:

Founders, partners and developers with relevant experience in cryptocurrency/blockchain technology and associated markets

This is the most important part in my opinion as a good team is the backbone of a successful ICO. Start by examining their website, and looking at the team. Google them; find out more about them. Check their LinkedIn profile or Twitter accounts. Are they well-documented with a large network of relevant connections?

Avoid like the plague any ICO that offers little to no information on the team. It’s a sure sign that they are unqualified.

Documented success with past projects

Successful past projects are good indicators of potential future success, but since this is such a new field it’s not necessary for those projects to be cryptocurrency-related as it is such a new field. Many of the core team members of successful ICOs have a range of backgrounds including engineers, programmers, and marketers. Again, their social profiles and online presence should give you an indication that they have a solid professional reputation with some verifiable “wins.”

For U.S. investors, there’s an added area of confusion. In July of 2017 the SEC ruled that tokens offered by a company known as The DAO were securities, making them subject to relevant U.S. securities laws and consumer protections. And they stressed that this doesn’t necessarily apply to all cryptocurrencies.

As blockchain advocate Brian D. Evans explains in Inc.com, the ruling was vague: “[The SEC] has not released detailed explanations of exactly what would or wouldn’t be considered a security,” he notes.

The SEC is using decades-old case law and the traditional “Howey Test” – applied to traditional investment offering – to rule on these cases. Even so, it was good news for the industry.

“Up until this point many legitimate ICOs have been ‘self-regulating’ and doing things such as not allowing U.S. Citizens to be involved if they did believe they were offering a security or investment,” Evans explains. “The SEC report was in line with self-regulation that has already happened inside the community.”

There are many voices in the industry who are for this regulation, saying it will cut down on fraud and abuse of uninformed consumers. Others point out that the Howey test is more than 70 years old, and far from relevant for a brand new asset class.

In general, utility tokens aren’t generally considered securities, but tokens giving equities or profit shares are.  Again, the key word here is caution. If you are more comfortable with an SEC-regulated offering, then look at the ICO’s Howey Test results; the higher the score, the more likely it is to be regulated as a security. And if the ICO you are considering doesn’t supply this information, that’s another red flag that this might not be a legitimate offering.

A well-documented offering that meets a clear market need and fills a valuable and ideally unique niche.

As you would in any investment, you want to be sure that the product on offer is actually needed and wanted in the marketplace. This really is a key factor. That’s not to say the offering has to be entirely unique; in a lot of cases it is inevitable that there will be similarities with other products, so beating the competition on features and possible dates of release are important.

If there is no demonstrated market need, it’s going to be hard to make the case for solid growth. Also, be aware vague or confusing language in the offering. You will see some ICOs using words like “smart” very often without making clear what that means in their case. Are they properly referring to smart contracts and other cryptocurrency terminology? Overly vague descriptions are a sign that the developers themselves are unsure of what they’re doing. If you can’t follow what they’re saying with a fair amount of understanding, then you might want reconsider that investment.

You should be able to find all of this information – the team, their backgrounds, their potential securities status and Howey test results, and a thorough explanation of their market need and how they’ll fill it – in the ICO whitepaper. Check the website to download it and go through it carefully. If you can’t find it, or if it seems poorly written or incomplete, that’s another warning sign that this might not be the ICO for you.

An example of a great ICO whitepaper

What makes a good whitepaper? I recently came across one from Dmarket seems pretty solid in terms of what it includes. Please note: I am not advocating Dmarket as an investment. I’m not a financial adviser, and I have no financial stake in this ICO either way. I’m just providing an example to help you understand what to look for in any offering you might be consider. So, with that warning in mind, let’s take a look at why this one looks well thought-out and put together.

In a nutshell, Dmarket has raised around $11 million so far in their initial offerings, and will be launching their phase 2 token sale in November. Their aim is to great a decentralized marketplace for gamers, to make it simple to turn their virtual assets into real commodities.

Some of things that stand out about their whitepaper include:

The risks are real with this new asset class

I have to stress, again, that regardless of how good the whitepaper looks, or how compelling the pitch, you must understand that you are dealing with a brand-new and largely unproven business model. The risks are significant.

Fraud and rip-offs are real possibilities. Something that many new investors fall for is looking at graphs of coins that are making massive gains without researching the product. Many a time they can be pump and dumps, as explained in this great video from Fortune:

Spotting them can only come with trading and research experience and many investors fall victim of these kinds of scams.

While there is great risk in an ICO – including the possibility of total loss – there is also immense potential reward. For example, compare the results of two ICO – Ethereum and Waves – to see just how dramatically results can differ:

As cryptocurrency is so new, regulation can protect consumers but also harm them. As seen with the China ICO ban (while not being the sold disruptive factor), the price of Bitcoin fell from an all-time high of around $5000 down to $3000, disrupting the market, and created a scramble from Chinese ICOs to Japan. Effects such as these should be considered by regulators. The following article also shows how it has resulted in a scramble from Chinese ICOs to a more favorable environment in Japan

ICOs are in the early speculative stages and legislation could mean the end of some opportunities in the future. New technology, SEC rulings, other governmental actions and the nature of this asset all plays into the uncertainty. Volatility is the name of the game here, and investor caution is paramount.

Read next: Could blockchain be the long awaited savior to the freelance industry?