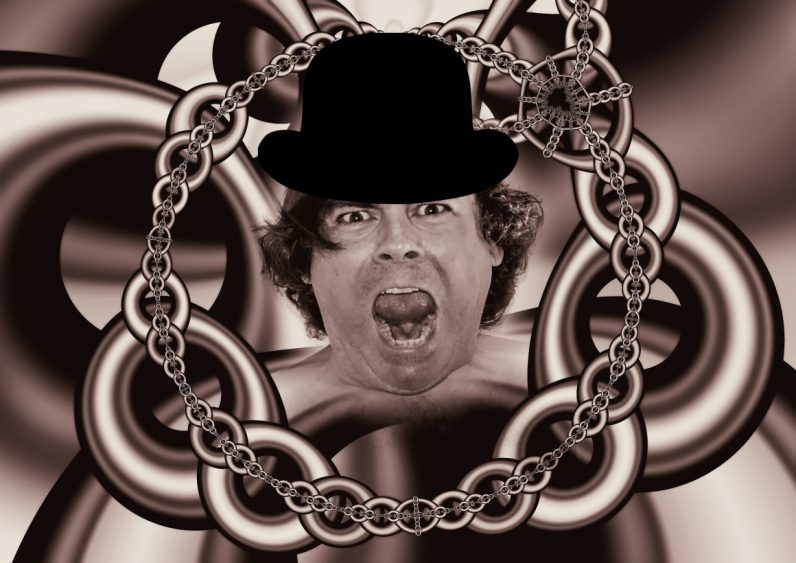 Hacking can be fun. It’s also educational. And to be clear, I’m not talking about the steal-your-stuff type of hacking.

Hacking isn’t essentially evil by itself. Like any tool or method, it’s how you use it that matters. So it’s bad if you hack with malicious intentions, but it mostly reflects your own character rather than the act of hacking. That’s why we have so-called “whitehat” and “blackhat” hackers, and a whole granola of gradients in between.

By definition, hacking in the digital sense means unauthorized intrusion into a computer system. Its connotations also include an ad hoc fix for something that is done through an innovative and unconventional manner. Think “life hack,” for example.

It’s the malicious hacks that have more visibility, however. These can cause so much damage, so much monetary loss, and can even potentially kill.

So-called blackhat hackers, or malicious hackers, gain access to systems with the intent to steal data and identities, take over systems, and deface websites, among others. They can then sell your data to third parties, or they can hold your data hostage (they lock it up and only give you the keys when you pay up).

In the Wannacry ransomeware attack, hackers would lock and encrypt your data, and request payment in Bitcoin to unlock it.

I’ve seen it happen to many businesses. Believe me, if you don’t want to wake up in the morning to a locked computer with dangling skull icons.

And then, there’s DDoS.

DDoS is when is when a hacker establishes control on a network of “zombie computers” and IoT bots, which can be used to execute traffic-driven attacks like DDoS. The hacker controls this “botnet” (army of devices under his control) and then he can simply flood websites with overwhelming amount of data requests. This can even be done by low-skilled “script kiddies” who simply copy and paste code off the web.

For all its ills, blackhat hacking is a potentially profitable enterprise. Blackhat hackers can potentially earn hundreds of thousands of dollars per year through activities like selling stolen data, extortion-type “ransomware” attacks, and threatening DDoS attacks — but being a criminal can often be a lucrative business.

What about whitehat or “ethical” hacking, then?

And, can the blockchain technology save us from the threat of blackhat hackers?

The community can contribute to cybersecurity

Turns out, you don’t need to be an expert to be part of the cybersecurity community. All you need is an internet connection with bandwidth.

Blockchain startup, Gladius.io, is empowering everyone else to fight back against black hat hackers in an innovating way.

Gladius is essentially a decentralized network for DDoS protection and content delivery.

The company seeks to disrupt the existing industry of cloud-based CDN and DDoS protection providers, which control their own infrastructure and which charge high monthly fees for protection.

With Gladius, anyone with a computer, fast broadband connection, and spare bandwidth can rent out excess bandwidth in order to contribute to global and regional pools of DDoS mitigation nodes.

During a DDoS attack, this spare bandwidth is utilized to deflect and absorb the bad traffic coming from zombie machines (the same ones that the bad hackers have taken over).

During “peacetime” or when there are no such attacks, the Gladius network acts as a global content delivery network, which speeds up access to websites, online services, and digital assets by caching content across its global network of nodes.

In other words, you can earn passive income by sharing your extra bandwidth, and thus helping so safeguard and accelerate the internet.

It’s like doing what the bad hackers are doing, but in reverse. Malicious hackers would usually use scripts and code to take over ordinary users’ computers so they can be unknowingly remote-controlled as part of a botnet. Such attacks reportedly cost businesses an average of $2.5 million per attack.

So essentially, you are making your computer a part of a network that negates or reverses the potential damage that a botnet can do — all while getting paid for it.

Whitehat hacking to the rescue

When there’s evil, there’s also good. Fortunately, some of the more skillful hackers have chosen the whitehat path.

These white hackers are  making a good living by offering security services in penetration testing and security consulting. According to the Infosec Institute, the average salary of a certified ethical hacker is $71,331 a year. In addition, so-called whitehat hackers can also earn additional income from company-sponsored bug bounties, although mostly on a freelance basis.

In most cases, each company hosts its own bug bounty program, in which whitehat hackers who report vulnerabilities get paid depending on the severity of the problem. According to Bugcrowd, businesses has so far paid out $6 million since the start of 2017, which is already a 211 percent increase from the total 2016 figure.

Bug bounties are mostly fragmented, however. This underscores the potential of an ecosystem for ethical hacking. Beyond simply establishing a marketplace, a fair, immutable, and decentralized one might hold more promise, especially in the security community.

And what better way to do this than to run the marketplace over the blockchain?

Aptly-named, Hacken.io is a startup that seeks to establish a community and marketplace for whitehat hackers. The community centers around HKN, an Ethereum-based token that serves as the cryptocurrency for white hat hacking services.

“Our goal at Hacken is to lay down the future white hat cybersecurity community framework of Eastern Europe by creating a stable means of income and financial incentives for its members,” its founders state on the Hacken whitepaper.

While the focus is on Eastern Europe, the platform can potentially support ethical hacking communities, businesses, and consultants elsewhere across the world, as is the nature of distributed technologies like blockchain.

The founders are seeking to build an ecosystem wherein each stakeholder — businesses, ethical hackers, investors, and other community members — is incentivized whenever they share or exchange value with their cybersecurity expertise. Businesses stand to gain from faster vulnerability reports and fixes. Whitehat hackers also gain from a faster mechanism of payments. The community benefits from a more secure business environment.

A blockchain for everything?

Blockchain startups have emerged to address a wide variety of technological needs, from basic to highly-technical.

With prime examples like Hacken and Gladius, we can see how the motivation behind such startups is the same: building value for the community through a faster and more open exchange of value and services.

Thus, even as blackhat hackers grow more and more skilled at perpetrating their crimes, those who are fighting back will have better support and get better value for contributing their skills, effort, and resources, through the blockchain.

Blackhat hackers, it’s time to turn white. With blockchain and innovation in tech, you have no other way but out!

Read next: Dear WhatsApp, stop snitching so I can quit group chats in peace