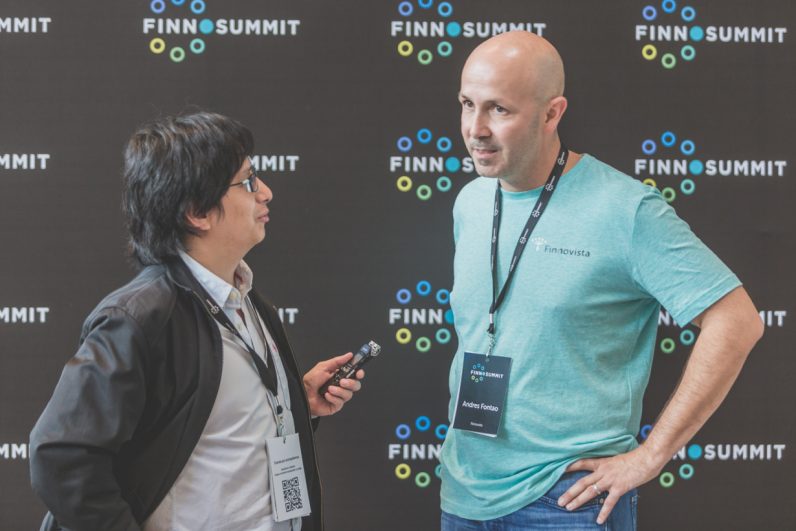 As the CEO of a media incubator, I’m proud to have publications across the world, from the U.S. to Latin America and Europe. Getting insight into these communities, and seeing just how engaged separate readerships are in different parts of the world, has become a source for learning.

As an example, one could assume — especially when dealing with startup and business publications — that people who read a Colombian-based tech and startup publication would predominantly live in Colombia, or perhaps its neighboring countries. However one thing that surprised me is that in many cases, more than half of visitors come from within the U.S.

It appears that first, second and even third generation Hispanic Americans are keeping a close eye on the social, economic and business climates in the countries south of the U.S. border, and while their respective governments might be knocking heads, there is still a large connection between Hispanic Americans and the countries their families came from many years earlier.

Here are three other facts which you might not know about the hispanic market in the United States:

A growing market that prefers both English and Spanish

According to the U.S. Census, the number of Spanish speakers living in the United States has grown steadily from an estimated 10 million in 1980 to 37 million in 2015, and it is projected to reach as high as 41 Million by 2020.

In the 2014 study Your Next Big Opportunity: The U.S. Hispanic Market, undertaken by the ‘Think with Google’ think tank, Lisa Gevelber argues that the U.S. Hispanic market has often been overlooked by leading companies and marketers.

Said Lisa Besserman, who founded Startup Buenos Aires in Argentina and has lived in both New York and Buenos Aires, “The fact that the Hispanic population growth in the U.S. has been steadily shifting from immigration-based to U.S.-born-based over the last decade has posed somewhat of a challenge for brands, in many cases because they have been unsure as whether to create content in English or Spanish.”

As outlined in a recent Forbes article, in 2016 Facebook released its “Facebook IQ” study which conducted in-depth interviews with 500 Hispanics in the U.S. from different language usage backgrounds -predominantly English, bilingual, and predominantly Spanish.

The study also showed that 79 percent of Spanish-dominant and 60 percent of English-dominant Hispanics believe that brands should communicate to consumers in both English and Spanish.

A market ahead of the digital curve

With Hispanic Americans projected to account for roughly a third of the US population by 2050, the time to start targeting this market may be now. “Hispanic consumers in the U.S. are now considered a very connected and digital first community. Effective outreach to different cultures within the hispanic market can spread like wildfire down to their home countries,” wrote Nick Kyriakides, COO at NetTALK. When it comes to marketing to this market, it is important to leverage digital channels.

The earlier ‘Think with Google’ study shows that while often overlooked, this market is ahead of other demographics when it comes to early adoption of new devices and it is above average when it comes to mobile usage and video consumption.

However for marketers, it does depend on the age group being targeted. A recent study by Pew Hispanic shows that while the vast majority of 18 to 29 year old Latinos, 94 percent, and 30 to 49 year old Latinos, 89 percent, use smartphones to access the internet, only 58 percent of Latinos ages 50 to 64 and less than half of those ages 65 and older do so.

A 2016 study published by Christina Choy, Insights Manager at Yahoo points out that in comparison to the general population of the U.S., Hispanics are spending more time watching digital video and less time watching traditional TV every year. According to a Nielsen report, the average Hispanic American spends more than eight hours watching online video each month—over 90 minutes longer than the average.

From an advertising perspective, the study highlights that 64 percent of Hispanics said they are okay with receiving video advertisements if they are receiving access to free content, however that predominantly Spanish speaking American Hispanics were more open to native ads on videos than predominantly English speaking Hispanics.

This group remains the most active on social media

In addition to an increasing population, social media usage remains above average amongst U.S. Hispanics as compared to other demographics. The earlier 2016 Nielsen Social Media report shows that more than 30 million US Hispanics use smartphones as their primary means of accessing social media, considerably higher than any other ethnic group. In terms of content consumption, Hispanic Americans spend more time on social media channels than any other channel.

Whatsapp remains the most widely used communication tool, although a recent study also claims ‘Facebook is the number 1 go-to platform for US Hispanics’ communication’.

According to the earlier Facebook IQ study, U.S. Hispanics are increasingly using social media to connect with their favorite brands and as a discovery platform for new ones. The same study shows that nearly half of Hispanic Americans surveyed view Facebook as a great place to share information about brands, brands, and promotions with family and friends. However, be aware that recent studies show that this market won’t just share any old ad within their communities. 88 percent interviewed said the advertisements which they connect with most include aspects of their culture, regardless of the language.

“Hispanic Americans are fully embracing the digital revolution and are more connected and engaged than many other groups in American society,” said Andres Fontao, organizer of FINNOSUMMIT Miami. “In part because of this, we are likely to see this group take a more vocal position in the country in terms of cultural and economic importance.”

Said entrepreneur Hamlet Batista, CEO at Ranksense, when discussing his experience in a Stanford Latino Entrepreneurship Initiative, “I was surprised to learn that combined, the alumni here alone have annual revenues north of $760 million and employ more than 12,000 employees.”

“At this stage it’s not about decoding the potential of the Hispanic market in the US, but understanding what they want and how much of it. The future growth of many US brands will depend on it, and surprisingly, they are still not talking to them as much as they should,” wrote Fernando Franco, CEO at the accelerator Puente Labs, which focuses on startups in Latin America.

That should be enough to grab the attention of media and marketers all over the world.