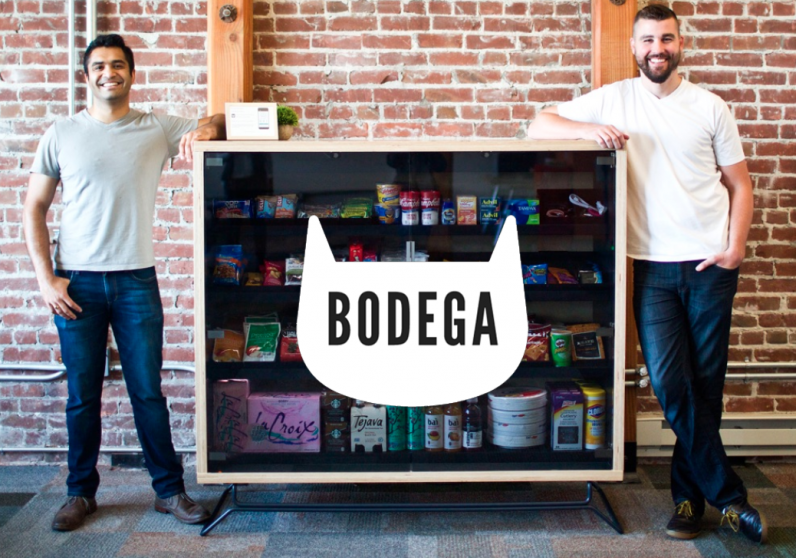 Last week, two former Google employees launched ‘Bodega’, a startup selling eight-foot square vending machines that store non-perishable items. The contents of these machines can be varied by need and location. On a college campus, for example, the box might contain stationery or textbooks, as well as food and drink. In a gym, it might sell supplements and workout gear instead.

So far, so unexceptional. Bodega sells vending machines. Why the fuss?

To my mind, Bodega’s launch points to two problems that tech startups can’t shake off: a lack of cultural sensitivity, and overconfidence in their own importance.

Bodega sells itself on disruption, the lifeblood of successful startups. If a product can disrupt a market, there’s money to be made.

‘Disruption’, like so many words, has been twisted in the parlance of finance and business. Despite its rather violent literal meaning — “the action of rending or bursting asunder; violent dissolution of continuity; forcible severance” — disruption is gold-dust to entrepreneurs. Unfortunately, those entrepreneurs tend to think exclusively in terms of the disruptive forces, rather than those being disrupted, those being “rent or burst asunder.”

The original bodegas — small, family-owned corner stores, mainly founded by Puerto Rican immigrants to New York City in the 1940s and ‘50s — were not just community hubs, but key drivers of integration. They allowed a generation of Latin migrants to settle and prosper, broadening the city’s famously diverse social fabric. 70 years on, an increasing number of the stores are owned by Arab Americans, who are experiencing the same process. At a time when Muslim in the West face a particularly hostile atmosphere, bodegas are again aiding the process of integration.

Real bodegas are truly loved. They’re icons of New York City (and other US cities), featured in innumerable songs, films and TV shows, as well as in the daily routines of millions of Americans. By appropriating the name ‘Bodega’, the company’s founders seem to be muscling in on more than a market: they’re “disrupting” the American dream, taking everyday commerce out of small business owners and concentrating it in the hands of a technocratic elite.

Most people have been particularly outraged by Bodega’s boast that, once the company expands, “centralized shopping locations won’t be necessary, because there will be 100,000 Bodegas spread out, with one always 100 ft away from you.” These mass-produced machines, benefitting from economies of scale (and a lack of staff costs) will provide products more efficiently, and more cheaply, than their traditional namesakes.

Business Insider’s Caroline Cakebread has confirmed that prices at Bodega’s units will be lower than in chain stores, let alone true bodegas. Though company co-founder Paul McDonald has somewhat walked back his mission statement, and now claims that “challenging the urban corner store is not and has never been” his company’s goal, it’s a no-brainer — if Bodega spreads as its founders intend, it will almost certainly drive traditional stores out of business.

Like so many tech companies, Bodega has a race problem

The idea that Bodega could harm community stores is unpleasant, but the racial history of the word points to a more serious problem. Like so many tech entrepreneurs, the company’s founders seem oblivious to the racial implications of their product.

I don’t know any more about Paul McDonald’s background than what I can find on his LinkedIn profile, namely that he holds degrees from the University of California, San Diego, and Berkeley. He’s clearly an intelligent man, who’s had access to certain opportunities in life. It seems fair to assume that those he’s “disrupting” have not. It’s not hard to see why people might be outraged that Bodega could divert profits from the less privileged, each taking their slice, to a privileged few.

Perhaps McDonald et al. would have done well to remember SketchFactor, an app that asked its users to map dangerous part of their city, creating a crowdsourced map of spots best avoided. Critics quickly pointed out that users ended up creating a map based on their own perceptions, perceptions shaped by years of living in a prejudiced society. Areas deemed sketchy were often perfectly safe areas that happened to have higher-than-average populations of non-white people. SketchFactor amplified people’s racist perceptions, amplifying and entrenching extant prejudices.

Now, Bodega’s function is nothing like SketchFactor’s. There’s no user input, so no risk of prejudice being entrenched and normalized by the app’s customers. But Bodega does normalize unsavory attitudes, and does so a little more directly. In both its name and function, the company is clearly at odds with the lingo of connectivity and inclusiveness so popular in startup copy.

If companies value diversity, their hiring should be diverse

Bodega isn’t the first startup to brand itself in a tone-deaf manner. Silicon Valley has a huge diversity problem. If these companies keep recruiting people with the same skill-set from the same narrow socioeconomic group, problems like Bodega’s will keep cropping up.

It has been obvious for some time that a lack of diversity in tech — already the world’s most important industry, and one becoming more all-encompassing each day — will negatively inflect the lives of people of color. The more non-white employees these companies hire, the better catered-for people of all stripes will be. If tech companies are serious about building a better, more connected, smoother world, they cannot keep neglecting social dynamics so blatantly.

Bodega isn’t the most appallingly offensive startup ever to exist. Far from it. But some of bile aimed at the company is surely down to the fact that tech companies don’t seem to be getting any better at making technology that is truly socially conscious. Until the rosters of these companies are reflective of society as a whole, that objective will be out of reach.

Read next: Immerse yourself in Coding 101 instruction, and pay what you want