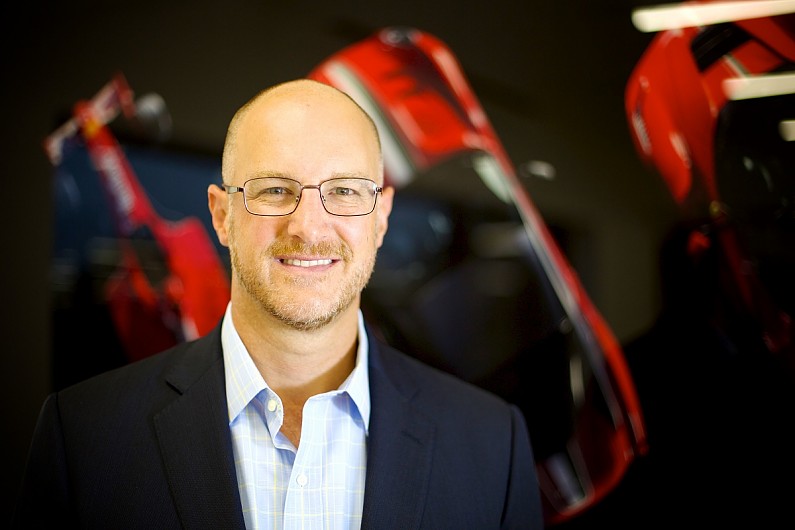 As we race towards a digital mobile-first world, we witnessed the rise of the digital transformation projects in the corporate world. As customer behavior and viewing habits continuously evolve, businesses have naturally been forced to adapt to this accelerated speed of change too. But how is this affecting the world of sport?

After already speaking with Real Madrid about how technology is disrupting football’s traditional business model, I turned my attention to the world of Formula 1. I interviewed Motorsport Network CEO Colin Smith and talked about how they are working with fans to give them more of what they want across a plethora of devices.

NH: Can you tell me about the Formula 1 global fan survey in 15 languages that received fan feedback from 194 countries?

CS: Motorsport Network has been doing these for some time but the results of the study this year certainly outstrip the last version which was done in 2015.

We worked with Nielsen Research, and it was the largest survey ever conducted in the sport. Formula 1 entered a period of great change in 2017, and the fans are encouraged by F1’s new owners. Liberty Media believe the steps taken by the FIA are moving the sport in the right direction.

Data from the 2017 survey indicates the average age of the Formula 1 fan is becoming younger and more diverse, with more female respondents than ever before. However, the declining availability of free-to-air television coverage is having an impact – fewer fans are watching the sport regularly compared to the 2015 survey.

NH: Was there anything in the survey that took you by surprise?

CS: Pleasantly surprised. The percentage of fans describing Formula 1 as ‘exciting’ nearly tripled between 2015 to 2017. We were thrilled with that.

There are some interesting outliers that emerged including Mercedes-AMG being the most popular team in the UK, but not in Mercedes’ home market of Germany. Red Bull’s young star Max Verstappen was more popular among the 45+ age group than 16-24s.

NH: How are you addressing cord-cutting trends and changes in viewing habits where users expect what they want on whatever device they have in hand?

CS: Motorsport.tv began as a traditional cable network throughout Europe, but for its global growth we are in the process of launching an OTT online network as well.

Our team is working hard on a number of new initiatives which will cater to what the fans want – watch what you want, when you want it on whatever device you have in your hand.

We have been very fortunate to secure Kevin Annison as our new President of Motorsport.tv. Kevin’s background with FOX and SPEED Channel make him ideally suited to help us develop the Motorsport.tv product in both a linear and direct-to-consumer offering.”

NH: What challenges and opportunities are you facing in embracing the rapidly changing digital marketplace to secure your future expansion?

CS: We are certainly are looking very closely at all trends in the industry, and it appears we are moving in the right direction with our monthly page views number now reaching 172 million across the Network.

One of our strengths is certainly the global nature of our business – we now cover 81 countries in 17 different languages with the best (CS) motorsport journalist talent across the globe.

We’re also mindful of the changing face of the automotive industry and need to encourage and excite young fans about cars and racing because that is who our readers of tomorrow are going to be.

NH: When approaching the digitization of F1, how do you approach growing and engaging with emerging digital audiences in both existing and new regions of the world?

CS: Our efforts with the F1 Global Fan survey confirmed what we already knew. The way content is consumed in developing markets is going to continue to slant towards mobile.

We are putting a lot of effort into how our sites appear on mobile and also continuing the development of our apps and social media content.

Our network includes high-end print production like F1 Racing and Autosport magazines in the UK. We are certainly mirroring that market leadership online as well.

NH: I recently spoke to Real Madrid football club and how they became the first sporting brand to reach 100 million likes on Facebook. The NFL went through a digital redesign a few years ago too. Are you finding that the entire sporting industry is taking digital incredibly seriously now?

CS: Some key players in motorsports haven’t been moving quickly enough in recent years, but recent changes including new ownership in Formula 1 is certainly making digital an absolute priority.

For F1, their entire business model was built on selling content to TV networks in specific markets. The internet, however, has broken down those media walls that used to divide different countries.

The challenge is: how do you make that change to the digital delivery of content but still maintain your revenues? Managing that transition is what all sports are facing now.”

NH: Do you think that removing any friction points and making things as simple as possible is the magic sauce of any digital strategy?

You obviously have to break down any barriers to entry for people to be able to find the content they want. We’re constantly developing our platform with free tiers where people can get the latest news but then also Premium levels like Motorsport.com Prime or Autosport Plus where people can get an even greater insight into the sport.

We have an interesting example with our Swiss site. Here is a country where people speak German, French and Italian – so for the Swiss edition of the site we make it available in the three separate languages. We hyper-serve the niche – this accumulates into a large overall global audience.”

Read next: Does biology explain why men outnumber women in tech?