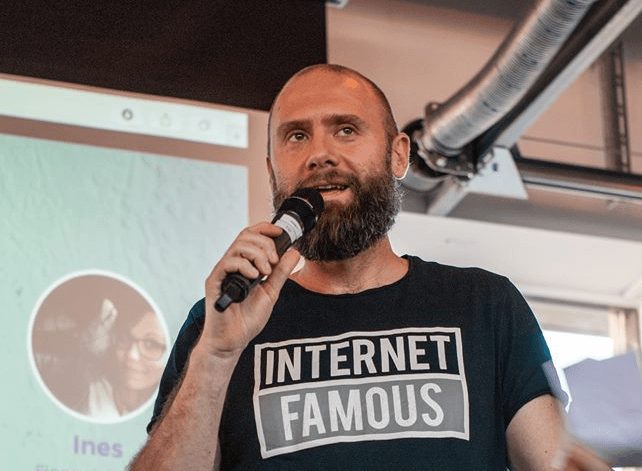 In a recent Financial Times article Valentina Romei writes, “Nowhere in the world have expectations for growth changed so rapidly and positively as in central and eastern Europe.”

Romei is referring to the forecast for general economic growth in the region, which has trumped expectations so far in 2017. But Central and Eastern Europe, CEE, is surpassing expectations in more than just its strong economy, set to become one of the forerunners in the fourth industrial revolution.

Just ten years ago, CEE was not on foreign tech investors’ maps. However, thanks to the step up offered by unicorns such as Skype, Prezi, Transferwise and Avast, newer players like AeroMobil, and the emergence of multiple, active, growing startup ecosystems across the region, CEE is drawing eyes east, and marking its territory as a serious contender in the tech world.

Here is a brief overview on three of the growing ecosystems in the CEE:

Tallinn, the capital city of Estonia — with a population of just over 400K — is considered by many to be the top startup ecosystem is CEE.

After a quick wander around the old town of Tallinn, many would assume the Unesco world heritage site was most famous for tourism, however Tallinn has marked itself as a centre of innovation and is home to two of CEE’s most notable success stories, Skype and Transferwise.

While Skype and Transferwise have both relocated their main offices — to Stockholm and London respectively — the city remains a source for development talent for their product teams.

After being left far behind Western Europe technologically and economically at the fall of the Soviet Union in 1991, Estonia today boasts one of the world’s first fully digital societies, a strong economy, and one of the best free wifi networks in the world.

The system in Estonia is designed to develop the next generation of digital workers. Estonian children are taught to code at school and the esteemed Tallinn University of Technology is partnered with some of the world’s leading universities, including Stanford, Berkeley, MIT, and Harvard, and it has offices in Silicon Valley and Shanghai.

While Estonia had its eyes set on becoming a digital powerhouse from an early stage, it was the success of Skype that played a central role in setting the foundations for the active ecosystem we find today. Skype, which was founded in Tallinn in 2003, inspired a generation of local entrepreneurs.

When Skype was bought by Microsoft in 2011 for $8.5Bn, Skype’s founding developers launched a VC fund called Ambient Sound, and much of this money was brought back into the local ecosystem. Skype’s first employee Taavet Hinrikus would also go on to co-found Transferwise, which just six years later is valued at a reported $1.1 billion.

Boosted by a supportive government — which launched an e-residency program to attract foreign entrepreneurs back in 2014 — the ecosystem continues to grow. Accelerator programs, co-working spaces and incubators are popping up around the city, and according to StartupGenome the Estonian Business Angels seed investor network now includes 10,000 members.

However, while the ecosystem is growing nicely, many suggest that Estonian startups are still having to look abroad for customers, talent, and larger rounds of funding. To really push to the next level, Tallinn will need to reduce its funding and talent gap, and to avoid startups ‘growing out’ of the region and moving to larger hubs nearby.

Budapest, Hungary has built up an extremely active ecosystem in an incredibly short period of time.

Speak to anyone about the key players in the ecosystem, and you’ll hear about Peter B. Záboji and his European Entrepreneurship Foundation (EEF). Known as the ‘father’ of the Budapest ecosystem, Zaboji, who sadly passed in 2015, invested heavily in time, energy and capital to bring startups together with his ‘First Monday’ events back in 2010.

These monthly invite only events brought founders, investors, and bright new minds together and laid the foundations for a more unified ecosystem. Steven Sudy from SparkLab said, “First Monday events were very important in growing our ecosystem. Initially there were very few startups. You always knew 99 percent of the people. It became very unified, more of a brotherhood.”

However, while there was an active undercurrent, it was homegrown unicorn Prezi, which launched in Budapest and then in San Francisco in 2009, which really placed Budapest in the limelight. The city has also produced a number of other successful companies like Ustream, CryptTalk and LogMeIn.

Around this time, local and also foreign media such as Forbes Hungary, Business HVG nand Index.hu began to pay more attention to startups in Hungary, which in turn amplified their reach outside the country as well. In all of the emerging startup hubs I’ve visited over the last decade this has been a running theme, with local ecosystems having developed hand in hand with these publications.

This is something which is very important to us, in particular since our recent acquisition of 150sec, one of the leading publications focused on the CEE region. 150sec was founded in 2015 by Adrian Pica and Agata Kukwa with the mission to provide coverage to startups in this area of the world.

There are a number of promising initiatives in Hungary. The E.U JEREMIE fund — which put up 70 percent of a funding round if a local investor provided the other 30 percent — and a small but active group of local Angel investors offer the necessary capital for a new generation of Hungarian startups to take off, however the success of homegrown companies like Prezi, Ustream and LogMeIn also help as well. The founders of these three companies have invested locally and set up Bridge Budapest, a 6 month fellowship program for promising tech talent in Hungary.

The city is now home to many innovation labs and accelerators including X labs and SparkLab, among others. Over the last 2 years there’s been a lot more cooperation between startups and established corporates in the region too with organizations such as the bank MKB launching a fintech incubator and Deutsche Telecom working closely with Kitchen Budapest. The Hungarian government also set up an accelerator scheme based entirely outside of Budapest, to try to scale smaller hubs like Gyor, Debrecen and Eger.

However, while things are growing steadily, local entrepreneurs argue that the ecosystem is lacking experienced mentors and investors, who can help companies grow, and offer networks outside of Hungary.

Prague — the capital of the Czech Republic — has been gaining a lot of attention as an up-and-coming tech hub with a lot more to offer than its world famous architecture and delicious beers. Recognized as a bohemian capital, the country’s progressive nature has opened the city up to foreign business and investment and helped it transform into a force to be reckoned with in Europe.

While Prague’s recognition as a tech hub is fairly recent, its ecosystem has actually been in development since 1988 with the founding of CEE’s oldest unicorn — cybersecurity expert Avast — while the Czech Republic was still under the rule of the Soviet bloc. Since then, the country as a whole has grown to prominence as a leader in cybersecurity, as a launchpad for companies like AVG (which was acquired by Avast last year for $1.3 billion) and TeskaLabs.

Prague has also provided fertile ground for niche technologies in the fields of gaming, SaaS, social media, and mobile applications. The city has helped build a variety of well-known startups, including Kiwi.com, Apiary.io, Gooddata, SocialBakers, JetBrains, Warhorse Studios, and ZOOM International, among others.

The success of Prague’s startup environment has grabbed the attention of local and international investors alike. While the country’s general openness to foreigners and foreign investment initially helped lay the groundwork for its startup ecosystem, it has begun to see increasing participation from locally-based funds such as Prague’s Credo Ventures, Genesis Capital, and ARX Equity Partners.

Currently, the startup ecosystem in Prague is being fostered by dedicated seed accelerators such as StartupYard, which has been helping to bolster the city’s international image, and attract talent from neighbouring countries.

Prague sits in close proximity to a large number of Europe’s renowned business centers, including Warsaw, Vienna, Dresden, and Berlin. Known as “The Heart of Europe”, the city’s success and growth as a tech hub within CEE is due to a combination of factors, including its geographic location, an abundance of affordable skilled labor, the attractive business environment, and the country’s low corporate tax rate of only 19 percent — making both living and conducting business extremely affordable.

While the outlook for Prague appears quite promising, it will need to overcome the obstacle facing many CEE countries: adequate funding opportunities. Currently, a majority of private equity is focused on mid-market deals, however to fully leverage the city’s potential it will need to attract more venture capital.

Like any newly emerging power, Central and Eastern Europe continues to face challenges. While access to world class education facilities, and essential organizations like accelerators and incubators is increasing, ecosystems still lack the developed networks of veteran tech investors, mentors and senior executive talent found in more established hubs like London or Silicon Valley. Peter Kovacs, co-founder of the The Central European Startup Awards says “What we are really missing here are more smart investments, from people with experience building a successful business within tech industries, and the contacts needed to push it to the next level.”

Said Simon Szczepankowski, CEO of Buddy, “In CEE we have brave founders who dream big and manage to deliver outstanding results, like Brainly or Estimote. What the ecosystem is missing – and this is especially true in Poland, the biggest country in the region – is the VC culture of the Silicon Valley. Unfortunately, there are very few risk takers who are willing to match the founders’ courage.”

At the same time, CEE is an increasingly important part of the world, and deserves recognition for it’s amazing growth over the last decade. Said, Matej Michalko co-founder of DECENT, which is headquartered in Bratislava, Slovakia. “Forward-thinking companies are flocking here. With so many creative minds and new approaches, it’s no wonder we’re seeing developments every day with the potential to bring huge change worldwide.”

With success stories including Skype, Transferwise, Avast, AVG and Prezi setting the pace, and thousands of newer startups following close behind, the future of Central and Eastern Europe’s tech scene looks bright.

This article was co-written by Zac Laval

Read next: Want five years of Netflix FREE? Well, we wanna give it to you