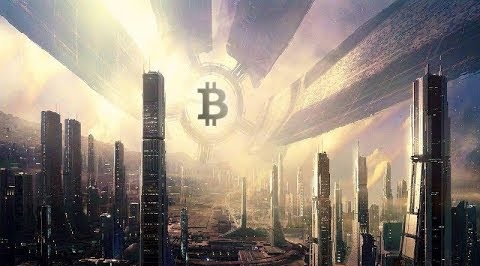 Bitcoin has recently undergone a subtle but major change.

I previously discussed here on TNW the blockchain is already falling victim to its own popularity — with limited block sizes resulting in painstakingly slow transactions.

With the recent implementation of SegWit and the planned SegWit2X, we are now seeing some potential in Bitcoin Scaling.

However, it does not end there.

Some parties aren’t satisfied with how limited the proposed changes are, and they even made a “hard fork” to Bitcoin Cash. All said, something needed to be done, and with the blockchain’s distributed consensus mechanism, applying such changes also requires the approval of the majority if not all of the stakeholders involved.

What does the future hold for Bitcoin and its blockchain, then?

I asked some of the greatest experts in the field today about Bitcoin’s future and its current transitional phase — and they had great insights to offer:

Why is it essential to increase block sizes on Bitcoin’s blockchain? Didn’t the original developers consider addressing this limitation already when the platform first launched?

Nejc Kodrič, CEO and co-founder of Bitstamp: “With the Bitcoin network now larger than ever and increasingly popular, congestion issues have arisen. But, it’s important to remember that there was actually no block size limit when Bitcoin was first released. It was only added later as a safety precaution that was presumably always meant to be changed.

Although increasing the block size can solve the congestion problems on the Bitcoin network, it also leaves the way open for other problems to arise because it changes the fundamental economics of the network itself. That’s why two different solutions have emerged: one involves the inclusion of side chain transactions and the other focuses on increasing the size of the blocks on chain transactions. They both solve the same problem, but it is ultimately the market that will decide which solution will be adopted.”

“KingsCrown”, a top crypto and blockchain influencer on Steemit: “I like the car analogy. First car created couldn’t be the best one right away. We can say all cars are forks of the original one, fixing some things. Speaking shortly about all the problems that we have now with adoption couldn’t be predicted while creating Bitcoin.”

How challenging is it to update from the original blocksize to SegWit and then to SegWit2X? Are there differences (technical, political) within the developer community that prevent the upgrade from becoming seamless?

Jeremy Epstein, CEO of Never Stop Marketing, advisor to OpenBazaar, IOTA, Zcash: “I think the question here is less about technology and more about philosophy. For Bitcoin, in particular, the issue is “is it a currency?” or “is it an asset?” If you think it’s digital gold and a store of value, you don’t care as much about block sizes, fees, or transaction times. If you think it’s a currency, you do.”

KingsCrown: “Technically it wouldn’t be really hard to update but there is politics. And politics in decentralized communities is not that easy to overcome. SegWit2X is a consensus between two camps — the one wanting SegWit and the one that wants bigger blocks.”

After SegWit and then SegWit2X, will there be a significant improvement in the blockchain, beyond speed and scalability? Meaning, will the blockchain also support added functionality, such as those found in other blockchains like Ethereum, NEO, etc?

Epstein: “Ultimately, I think there are different tokens for different use cases. IOTA, for example, could be for the internet of things/machine to machine, Zcash for privacy, Ether is the commodity akin to oil/gas, etc.”

Kodrič: “Segregated Witness (SegWit) is an upgrade that fixes transaction malleability and clears the path for off-chain solutions. An example is the Lightning Network, which allows transactions between groups of traders to be dealt with swiftly in side chains outside of the Bitcoin blockchain, with only the end result of the side chain transactions being written to the actual blockchain. This is an example of a significant improvement to blockchain itself.”

KingsCrown: “Due to SegWit and then coming Lightning Network and RSK Bitcoin make other coins almost obsolete. It will have all functions that they have but with better scaling and more secure network — since BTC network is most secure in the world due to biggest amount of miners in it.”

Bitcoin Cash forked mainly because some stakeholders did not believe that SegWit and SegWit2X will be enough to address the scaling issue. Do you think this sort of thing will happen again in the future?

Kodrič: “It might. But, if you create a fork, it’s crucial that it’s economically logical. In this case, the economic logic would be that the miners mine because it’s worthwhile to do so and the users buy because of that sense of safety. However, if that economic logic is not in place, the network will not survive.

The whole point of Bitcoin is decentralization. Therefore, if the mining of your fork stays centralized, then the economic fundamentals required for the fork to work over the long-term are not established. Ultimately, it all boils down to this: If the decentralization, robustness and economics of the system are not sufficiently established, then the fork simply will not survive.”

Epstein: “The beautiful thing about the tokenization of open source technologies is that forks are a feature, not a bug. So, innovation can flourish because the value that is created is not lost and new entrepreneurs can identify and exploit new opportunities.

Yes [this will happen again], and that’s a good thing. The wonderful part about tokenized open-source development is how entrepreneurs can see new opportunities to serve markets, fork the code, and build off of the value that was already established. For example, everyone who had Bitcoin immediately got Bitcoin Cash, so they had an initial interest it and could, if they want, participate in that network as well.

In my mind, this forking ability without losing past IP or value is a great feature, not a bug. And it’s a HUGE competitive advantage over close software.”

KingsCrown: “I believe that we will have SegWit2X fork because it seems “main chain” or called “core” doesn’t want to upgrade to 2X. I do not see problem in that, people should be allowed to do forks, and in the end markets will decide what works best and what is worth what. I wouldn’t be surprised if more forks with split-chains in the future.”

Once SegWit2X is fully implemented, what do you think are the next challenges that Bitcoin will need to overcome?

Kodrič: “It remains unclear as to what the future holds. First, let’s just see whether SegWit2X will even be implemented and then see what lies ahead.”

KingsCrown: “That we can’t predict, but I think non-technical ones, more like governance problems.”

Read next: This “airline for millennials” wants to lure passengers with complimentary VR headsets