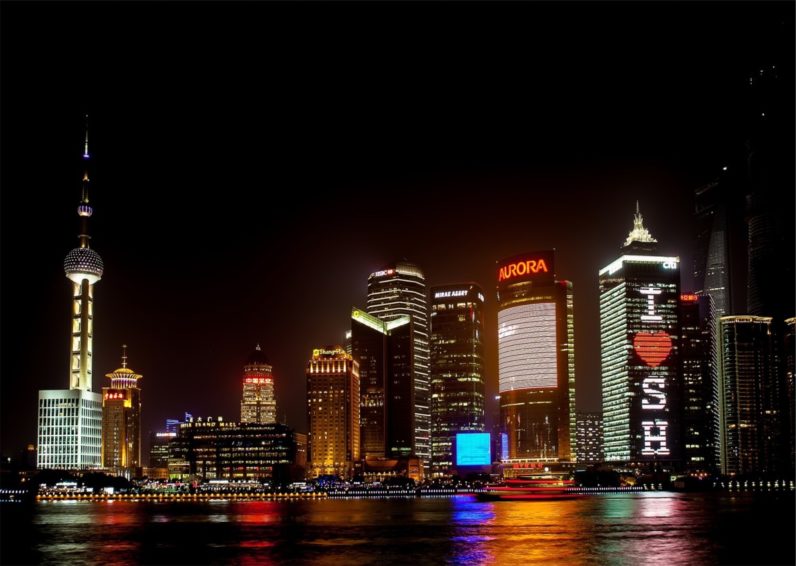 This summer, I had the opportunity to spend some time in the lively city of Shanghai, China. I gorged on juicy soup dumplings, visited historic Confucius temples, and most importantly saw China’s rapidly growing tech-scene.

Shoutout to my friend Eric for the awesome photos 📷

Don’t judge a book by its cover

As I took my first steps into Shanghai Pudong International Airport, I was not sure what to expect. My admittedly narrow-minded worldview coupled with a particular portrayal of China by the media led me to believe that this country resembled a backwards one still stuck in the past.

OH BOY, HOW I WAS WRONG!

The technology I interacted with most was smart phones. And the ubiquity of smartphones was another clear indication of China’s technological prowess. As MIT Senseable City Lab director Carlo Ratti puts in his book, The City of Tomorrow, the smartphone is the “always-on prosthetic device” transforming us into cyborgs. He predicts that the smartphone will be key to his vision of a digital/physical smart city.

In the Xuhui district, where I was staying, it seems like things were moving in that direction. Smart phones were a part of daily life. And it wasn’t just the young millennials or tech-savvy adults connected to a constant stream of data. It was the grandmas and grandpas strolling through the park. It was the street vendors selling you lo mein (stir fry) or jianbing (Chinese crepes).

It was your taxi driver, hauling you through the busy streets. Everywhere I looked, people were locked on to their phones. In the Xuhui district, the integration of smart phones into daily life seemed to definitely surpass that of metropolitan cities in the US such as New York, San Francisco, and Los Angeles.

This is what I saw everyday on the metro

What is going on the other side of the world?

When I think of a technologically advanced society, I think of Silicon Valley, home to Facebook, Google, and so many amazing Internet companies. Ironically, China has blocked usage of these companies, developing their own, copied versions of Google or Facebook. However, these imitated versions are beginning to outdo their predecessors. To get a better understanding of what I am talking about, check out the New York Times video down below.

While a smartphone may act as the physical “prosthetic,” apps are what gives that prosthetic functionality and sophistication. In China, the level of sophistication of its apps is really a gauge of how advanced the rest of its society is becoming. These apps integrated seamlessly with daily life to a larger degree than the apps in the United States. Here is an overview of some of the unique apps I used in China.

As discussed in the video, WeChat is the end all be all. Imagine all your favorite apps — Facebook, Venmo, iMessage, Instagram, Snapchat — combined into one all powerful super app. I have used a lot of apps in America, and I have never seen anything like this. What really impresses me about WeChat is its ability to transform society.

Its dominance in the Chinese market has swayed so many enterprises, large and small, to adopt mobile friendly practices. This is evident through the prevalence of WeChat QR codes or 维码 (er wei ma), which easily allow any external organization to make use of the WeChat platform.

In Shanghai, these QR codes are everywhere!

QQ is another giant social messaging platform in China. It is similar to WeChat in regards to its multiple features. It too has a very clean UI and great UX. However, I would personally say WeChat is more user-friendly for foreigners. QQ, on the other hand, is more geared towards a Chinese market. I wish the emojis in America were this cute 😭

If you want to get around in a car, Didi is your best bet since there is no Uber in China. For foreigners, one of Didi’s best perks is that it has an English version. You can also attach an international credit card to your account to pay for the rides.

Can you tell the differences between the ride-sharing apps? 💁

If you don’t want to get around by car or metro, you can easily get around with a bike. Bikes can be found everywhere, and the price to a ride a bike is fairly cheap. However, be cautious when choosing a bike as many of the bikes tend to be flat or need repairs. Each bike sharing app has its pros and cons, but I would personally recommend oBike. The bikes are affordable and ride like a breeze.

If you want a complete overview of the bike sharing apps, click this link.

Dianping is essentially the Chinese version of Yelp. Although the app is entirely in Chinese, don’t let that discourage you. With a quick glance at the pictures and rations, you can easily decipher what restaurants are good or bad.

There are so many more great Chinese apps that I was not able to cover in this story. If you want a more comprehensive list, click this link.

Why the next tech hub(s) is going to be in China?

Before coming to China, I could care less about its tech industry. I was under the preconceived notion that China, as a whole, was still years behind the US. However, after visiting Shanghai, I am convinced that big cities in China will become the epicenter of new and innovative companies. In Chinese metropolitan cities, companies are agile and innovative. There is a ton of VC funding and talent. The consumer-adoption rate is extremely high. Furthermore, with 1.38 billion people in China, they have a market that is four times bigger than that of the US.

I do not think it is a question of if the next tech hub will happen in China but a matter of when. And while Shanghai may be China’s innovative technology leader, cities like Shenzhen and Beijing are quickly advancing as well. When looking at Shenzhen, there is strong evidence that it too will become the next, if not already, hub for tech.

It is not a question of if this is going to happen but a matter of when.

In a couple years, I foresee these Chinese tech companies competing with US companies. These Chinese companies are growing like crazy, and it is only a matter of time before they enter the US market. When this does happen, there is going to be fierce competition. There will be a fight to not only develop better products, but also recruit talent and jobs. Both countries will be trying to get the smartest and brightest.

If China continues to innovate at its current rate, I think it might be wise to start learning Chinese (Mandarin, Cantonese or even Shanghainese) because our next job may very well be outside the US. While this may not hold true for everyone, tech-related jobs are rapidly becoming the future of employment. And if the tech companies start to move from Silicon Valley to China, so will the jobs.

Whether or not that we admit it, China may become the next leader in tech. Behind its “Great Firewall”, a wave of innovation is coming in from its larger cities. And we should be taking note, for there is a lot we can learn from China.

This post was originally published on Homepage Startups & Venture Capital

Read next: The parents guide to picking the right video game for your party