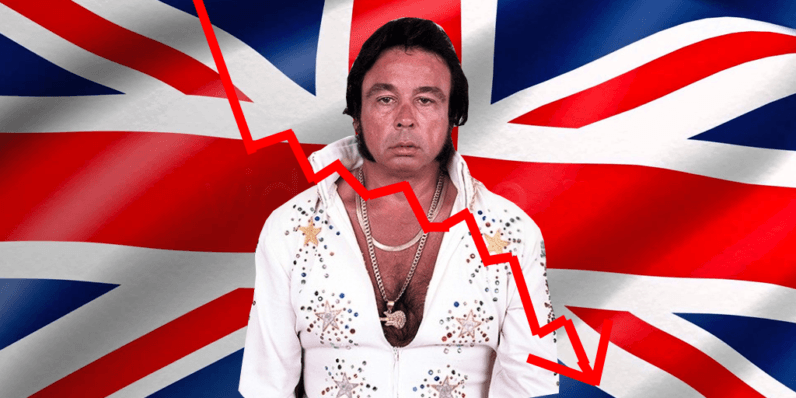 When the UK government triggered Article 50 on March 29 this year, 52 percent of Brexit voters got what they asked for: Britain began the formal process of leaving the European Union.

But fake news and post-truths have plagued this debate since it began — Vote Leave chief Dominic Cummings himself admitted they couldn’t have won it without the now-widely debunked claim of £350 million a week for the NHS they plastered on the side of a bus. Now, however, the facts are finally beginning to see the light of day.

While it’s a fact that private equity investment in London’s tech sector has hit a record high of £4.5 billion, according to recent figures from The Mayor’s Office, it’s also a fact that the number of foreign tech workers in the UK candidate pool has decreased by half since the Brexit vote, according to my team’s own research.

And while the former is certainly promising in the short term and should absolutely be celebrated, the latter is a long-term issue that could prove detrimental to this industry if allowed to go unchecked. After all, it’s the people that truly differentiate one market from another. If the UK wants to sustain these record levels of tech investment and remain a global leader in the field, it must make talent a key focus in the coming months and years.

But that focus must involve more than just words — to make Brexit work for the UK tech sector we need real, immediate action. Because despite the fact that actual legal changes on immigration have yet to happen, Brexit itself is acting as a deterrent, and it’s bringing with it some serious reputational challenges for Britain in terms of how rest of the world perceives it. That vote on June 23 last year sent a message to the world’s workers: we want fewer of you here.

Now that message may not be accurate, and it may not be how the majority of Brits really feel. But when our data shows that the rate at which foreign tech candidates are accepting UK interview offers has dropped by 20 percent since the vote last year, it’s clear this perception is having an impact.

This needn’t be a permanent fixture, however. Things can change. But if the UK wants to be perceived as ‘open for business,’ talk and speculation simply isn’t good enough.

A recent report from TechUK suggests there is a lot of work to be done to shake off these potential image problems before they begin to stick. Global Tech Talent Powering Global Britain recommends three specific actions that could make the UK’s migration policy the envy of tech markets the world over — recommendations I fully endorse.

Firstly we must ensure European tech talent keeps coming to the UK. This would avoid the UK walking off a ‘tech talent cliff-edge’ should no deal be reached by the end of the Brexit negotiations — a situation that would be detrimental to the industry.

This means confirming that EEA nationals residing in the UK after June 23 2016 have the unequivocal right to remain, and clarifying the situation for EEA hires made during the two-year Article 50 period. The government should also consider a visa-free system for EEA nationals looking to come to the UK for business on a short-term basis.

Second, we should look to reform to non-EEA migration to alleviate existing tech talent shortages, increasing the monthly cap on the Tier 2 skilled worker route, excluding international students from any net migration targets and potentially reopening the post-study work visa to make sure Britain benefits from UK-trained international tech grads.

Finally, we should harness digital technologies that will allow a smooth transition to a new ‘smart’ migration system. The government faces an enormous task in processing right to remain applications, and it should look at how to better collect and share information across different departments to get things moving quickly.

These actions are bold but achievable. While they are by no means a collective cure-all solution in themselves, they are a solid step towards ensuring the UK continues to benefit from much-needed international tech talent, no matter how the Brexit negotiations go.

Protecting one of the UK’s most valuable sectors

I’m not suggesting only doom and gloom awaits the UK tech industry if the government doesn’t take these actions — nobody can truly know what’s ahead. But we cannot escape the fact that this sector’s growth and general prosperity relies heavily on foreign workers. Some skills are in such short supply that UK-based companies are offering foreign candidates an average of 28 percent more than local candidates to attract the talent they need.

When this sector is growing twice as fast as the wider economy, and when digital jobs are being created twice as fast as non-digital ones, it seems logical to do absolutely everything possible to ensure that success continues. And that means keeping the flow of tech talent moving into Britain. Businesses are already struggling to find the skills they need, according to a survey we carried out last year. Stifle one of the key sources of tech talent to the UK, and that skills gap is only going to widen.

In the long run the UK may well be able to meet more of the tech industry’s needs with homegrown employees. But it’s nowhere near there yet. And if Britain wants to compete amongst the best global tech markets in future, it’s not just the government that needs to act. This needs everyone — government, private sector and academia alike — to stop talking about potential good or bad outcomes, instead taking the initiative to ensure the UK keeps it title as a global tech hub and preserves its future prosperity.

Let’s all pledge to give this sector the future it deserves, whatever Brexit brings.

Read next: Everything there is to know about coding for the web — in one package