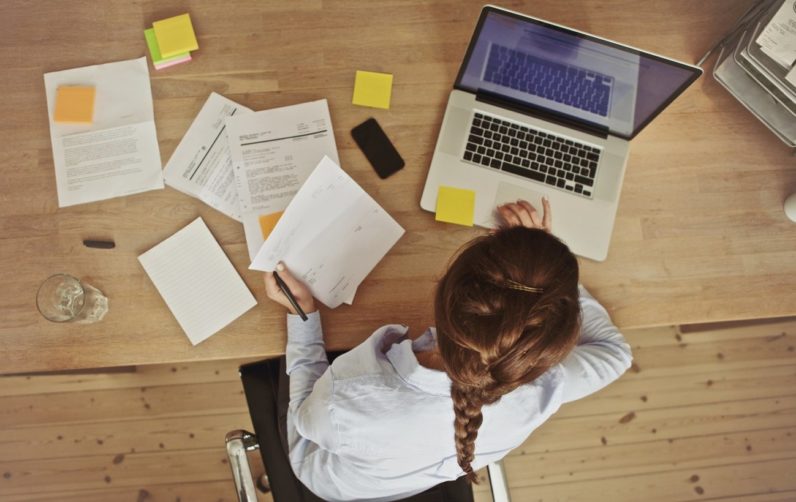 It used to be that people made their living according to the old model of work: specialize in a skill or trade, get a full time job, do it for your entire working life, and then retire. However, there’s a new model of work that’s been emerging over the past decade or so, and that’s the freelance model.

Chances are, you’ve worked as a freelancer or you know someone who has. It’s a popular approach; according to the 2016 Freelancing in America survey, which was commissioned by the Freelancers Union and Upwork, there are 55 million freelancers in the US, making up about 35% of the American workforce.

It’s easy to see why freelancing is so appealing. You can be your own boss, work only on the jobs you want, and work when you want.

It’s totally flexibility with a paycheck. You can do it full time, or you can do it as a side hustle, either as a way to make some extra money or to do fulfilling work that’s different from your 9 to 5. Freelancing is also a viable way to bridge the time between full time jobs, as you can still earn some money and keep your skills up.

What’s driving the expansion of the freelance economy? There are a few factors.

More people than ever these days are starting their own company, working on their own idea, and following their own dreams. According to a 2015 report from the Global Entrepreneurship Monitor, there are over 27 million entrepreneurs starting or running new businesses in the US.

And while some of these businesses are smaller side jobs, many are not, and it’s hard to be a full time entrepreneur if you’re working 40 or more hours per week for someone else. Still, the entrepreneurship factor is only part of the equation.

The traditional types of freelance jobs are still quite popular: there’s copywriting, graphic design, photography, marketing, and proofreading, just to name a few. In the past decade, more tech-related jobs have also entered the freelance realm: programming, web design, and especially app creation. But in the new freelance economy, the jobs are evolving, and the apps are there to support them.

Many of these new freelance jobs are simple tasks that anyone can do and don’t require any special skill. The difference is that many people just don’t have time to do them, and they’re willing to pay others to do them in their place.

Uber, for example, facilitates rides, and anyone with a decent car can make a pretty good living giving rides to people who need them. The same goes with TaskRabbit, an app that allows anyone to hire a vetted Tasker to pick up dry cleaning, run errands, put together IKEA furniture, or anything else.

In fact, thanks to Placer, you can even have people stand in line for you for tickets, a seat at a restaurant, or any other place where you need to queue up to get what you want. And it’s catching on, according to Daniel Filmer, CEO and Co-Founder of Placer Systems, who explained, “Population density and the culture of busy has contributed to an increased demand in outsourcing time-consuming tasks, such as line sitting.”

He continued, “While the convenience of technology fuels the rise of this gig economy, dual income families are finding time to be their most precious commodity and are happy to part with cash for the sake of retaining their sanity and avoiding hours wasted in lines.”

In countries with universal healthcare, the decision to become a freelancer is a less stressful one. However, in the US, healthcare has traditionally been an employee benefit tied to a full time job; give up that type of employment, and you either had to buy an expensive plan or go without insurance and hope for the best.

The passage of the US Affordable Care Act in 2010 is a key factor in the expansion of the freelance economy, as it made getting health coverage more affordable for individuals who didn’t have health insurance as part of their employee benefits.

Freelancers no longer had to choose between doing the type of work they wanted and staying in a job they didn’t like to keep their healthcare. With ACA, they could have both, and the freelance economy began to swell.

Looking to the Future

And while the freelance economy will probably ebb and flow as a result of the shifting successes of entrepreneurs, the types of jobs people want to do on a freelance basis, and the state of healthcare in the US, it is clearly here to stay.

Read next: Apple’s new facial scanning feature could put iPhone 8 in a class of its own