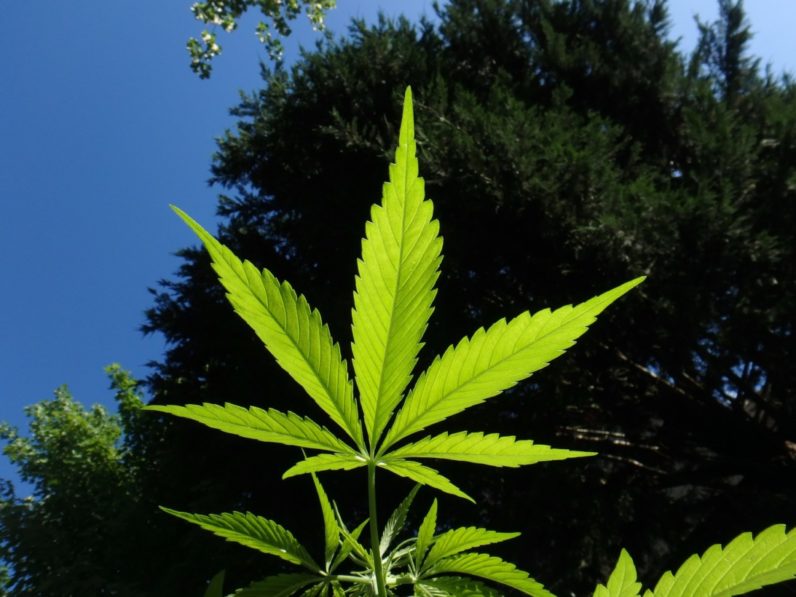 When Colorado and Washington became the first states to legalize recreational marijuana in 2012, few could have predicted the scale of the growth which would bloom across the industry. Legal marijuana sales in the US and Canada are now expected to pass $20.2 billion by 2021 at a predicted annual growth rate of 25 percent, accounting for larger and faster industry growth than witnessed during the dot-com era.

The growth is not just being facilitated by sale of pre-rolled joints in dispensaries. Entrepreneurs, innovators and investors have jumped headfirst across a range of industries. A recent report estimated that by 2020 the marijuana industry will provide more jobs than each of the manufacturing, utilities or government sectors.

But while hundreds of thousands of Americans may be dreaming of long, lucrative careers as ‘greenfingers’, we are witnessing an unforeseen level of automation in the industry. The process of growing, packaging, selling and monitoring the sale of the plant is increasingly leaning on fully automated, ‘high’ technologies utilizing big data, the IoT, AI-powered robots, and drones, which could well limit humans’ roles in the future:

Marijuana growers tend to farm on a large scale, with crops taking between three to five months to reach the stage where they are ready to be harvested. To help farmers grow the strains which are selling and cut out those which are not, big data technology is coming to the rescue. Headset.io, a forerunner in big data marijuana industry intelligence from the team behind Leafly, allows growers and dispensaries to make data-driven decisions based on actionable data published in real-time.

Cannabis is a sensitive crop that needs a precise balance of light, moisture and water to bloom, and due to wide profit margins available, forward thinking growers are investing in Internet of Things (IoT) powered agriculture tools to automate and control farms remotely to reduce the risk of human error.

Startups like Edyn have created sensors for large scale farms which utilize wi-fi connected sensors to stream real time temperature, light, humidity, and soil acidity data to the central cloud, which are then used to to optimize, regulate, and automate the entire harvest cycle using data from thousands of different sources.

To keep the valuable plants safe, farms are using robots to guard their crops with hi-tech security services like Hardcar Security. The company states that the robots aren’t designed to entirely replace human security teams, but instead to offer early detection of intruders, so guards can respond or call the authorities.

Hardcar CEO Todd Kleperis told Forbes that while the units are not armed, there are plans to add pepper spray function in the future.

Startups like Bloom automation have developed robots that’ll be ready for market in late 2017, which use cameras and computer vision to discern smokeable buds from unwanted leaves. The company claims a prototype robot can trim a typical marijuana branch in as little as four minutes, much faster, and more accurately than a human worker.

To reduce human error, and improve speed and weight accuracy, many farms have automated the packaging process. Companies such as Meridian Merchandising have created machines which can package marijuana with scientific accuracy much faster than human teams.

To comply with strict government regulations, IoT connected radio frequency identification technology (RFID) is being used to also digitally tag and track individual marijuana flowers from seed to sale. The goal is to tackle illegal sales and ensure only the best quality products are being sold in dispensaries. Using unique 24-digit ID number RFID tags which are connected to an official government digital database, individual measures can be tracked, and dispensaries can check the exact chemical compounds of each plant pre-purchase.

With telemedicine companies allowing users to apply for their medical marijuana cards via the comfort of their own homes, the increasing use of weed vending machines, and delivery company Eaze claiming drone deliveries will soon be a reality, the need for human workers over the course of the process from seed to sale is already quite limited. But hey, at least it looks like people will have plenty of ways to alleviate their stress, if their dreams to work in the weed industry don’t work out.

Read next: The best online calendars for groups, families, and households