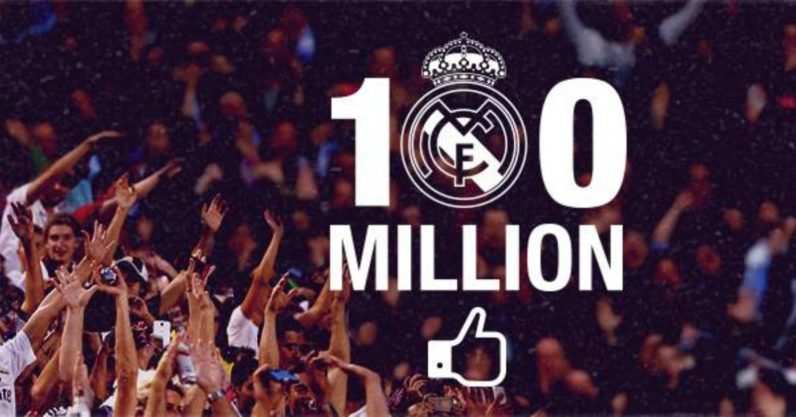 As the football season is now well and truly underway, many are wondering if Real Madrid will successfully defend their champions league crown. Meanwhile, their fierce rivals Barcelona appear to be enduring a chaotic time since the departure of Neymar to Paris Saint-Germain for a record-breaking $263 million transfer fee.

The rivalry between these two football clubs is legendary, but the biggest talking point is still Real Madrid’s off-field victory from last season. Forget league titles and silverware, the new currency in football is increasing a global fan base as the digital transformation of football gathers pace.

Anyone that is disinterested in sport or are suspicious about the tangible benefits that the right digital strategy can deliver, only need to look at the figures. Real Madrid reached 1.6 billion video views earlier this year and also celebrated a digital El Clasico win after beating Barcelona to become the first football club in the world to reach 100 million likes on Facebook.

As a result, digital marketing is increasingly being seen as one of the most valuable players at any football club. Earlier this year, Madrid’s social team enlisted the help of leading sports digital strategy organization called Rebel Ventures.

On my podcast, Craig Howe, Rebel Ventures CEO and Rafael de los Santos – Global head of digital at Real Madrid told me how the creation of a digital and video platforms are crucial in securing future revenue.

Although Barcelona was edging Madrid in the race to 100 million likes on Facebook, it was a virtual team effort secured the victory against all the odds.

A global campaign across San Francisco, New York, and Tel Aviv to keep the momentum running. Meanwhile, influential players of past and present such as Sergio Ramos, Cristiano Ronaldo, Gareth Bale and David Beckham helped Madrid become the first sporting brand in the world to reach the milestone.

Pipping their rivals to the post by securing a phenomenal 4M new Facebook fans in only 48 hours is a masterclass in digital marketing. With Barca officially defeated, Real Madrid is not the kind of team to sit back and celebrate how they masterminded the victory over their rivals to secure the digital El Clásico crown.

Real Madrid is now a media as well as a sporting organization. A great example is Madrid’s recent summer tour of the U.S. which was more about edging closer to a 500 million-strong global fan base than adding the International Champions Cup to their trophy cabinet.

The beautiful game is evolving and after years failing to grasp the value that a digital strategy can provide a football club, it seems football is being revolutionized by the digital transformation.

Ironically what was seen as a waste of time and money a few years ago is now regarded as a significant revenue generator for sport. Who would have thought that engaging with their fans could be so lucrative?

The reality is that the overwhelming majority of fans cannot get to the Santiago Bernabeu Stadium on a matchday. So why not create a virtual stadium that is available across a plethora of devices? A few years ago you might have been laughed out of the boardroom for suggesting such a radical idea. How times have changed.

Real Madrid currently engages with their fans forging digital relationships across 15 channels. The club has also recently teamed up with Microsoft to continue their unprecedented digital growth and ideally reach, retain, and monetize engagement.

There is much more to this story than two of the biggest football clubs in the world trying to secure 100M fans. Recent news that Cristiano Ronaldo became the first man to achieve 100 million Instagram followers highlights how football stars are equally as important off the pitch as influencers for their clubs.

As consumers, we lock ourselves away from any from the white noise and marketing messages. Pop up blockers and add free subscription models are slowly changing the game and paving the way for influencer marketing.

Football fans will have to wait until 20th December for the next El Clásico fixture. But as the digital transformation gathers pace, maybe there will be more than a few goals scored and victories secured off the pitch too.

Read next: India has won the battle for a right to privacy - now for the war on Aadhaar