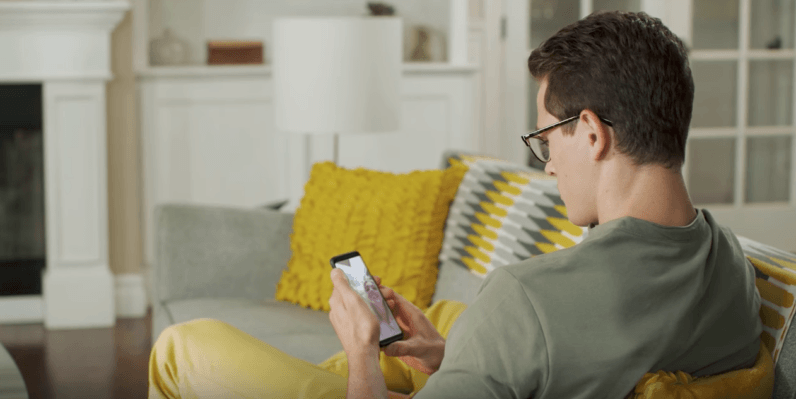 For a while Sprint sat as one of the other players in the telecom industry while Verizon and AT&T duked it out for the lion share of a massive market.

Typically, these brands competed over best cell coverage, fastest data, cheapest plans, and other metrics that often seemed hard to decipher. Eventually, there began to be faces tied to the companies and their campaigns. Yet through all of this, none of the companies leveraged the modern opportunities present with updated marketing techniques.

Sprint launched their #LiveUnlimited campaign and a slew of marketing approaches to better target young consumers and help build a strong and youthful brand.

The birth of Candybar

Sprint acknowledged its slowing growth and the flaws present in its marketing. Especially, the company had been struggling with youth adoption in recent years.

In order to stop this trend and reassert itself as a powerful brand and beneficial service provider, Sprint formed Candybar. Candybar is a team of some of the best Generation Z and Millennial experts that now run Sprint’s youth marketing.

Composed of expert marketers Javier Quinonez, Jason Neubauer, Connor Blakey and Tracy Palmer with the support of CEO Marcelo Claure, this team has focused on rebuilding the Sprint brand to empower youth and engage with them on a more intimate level.

The idea is that young people, particularly Generation Z, love consuming and sharing content that aligns with their lifestyles. With this new marketing push, Sprint launched their #LiveUnlimited campaign and changed the marketing rules for the telecommunications industry. For the first time, we are seeing one of the big cell providers leverage coolness and relevancy to build a relationship with their consumer base.

This campaign has integrated a number of major components of youth culture and built a brilliant network of content for peak engagement.

One of the major pieces of the #LiveUnlimited Sprint campaign that has been different than previous marketing tactics has been its use of influencers instead of actor portrayals.

Young people enjoy seeing influencers and consuming content from influencers, so this marketing approach offers a better and more natural communication pattern for Gen Z than previous marketing tactics. Furthermore, Sprint has leveraged a unique group of influencers to develop a well-rounded team to drive brand awareness and brand loyalty.

For their most recent video, they integrated Lele Pons, Prince Royce, Bradley Martyn, Rachel Cook, and Gerard Adams. In previous videos and campaigns, they worked with influencers ranging from Jake Paul to Jay-Z.

With this diverse set of talent, they cover content categories including, lifestyle, stunts, music, entrepreneurship, fitness, and inspiration. No matter what demographic someone is in or what content they enjoy, Sprint has worked to ensure they have something for everyone.

Gen Z is well-known for its incredibly diverse demographics and understanding of many cultures. Understanding this facet of youth, Sprint worked with their Latin marketing teams as well to integrate both American and Latin cultures into a diverse and powerful campaign.

Lele Pons and Prince Royce both represent strong Hispanic heritages and help channel that in the content they create. Through this cross-cultural campaign, Sprint both appeals to a wider audience and channels a world view that captures the attention of the youth.

Frequently, marketing departments have either ignored a worldview when developing their marketing campaigns or expressed this cultural viewpoint in a way that was offensive and not inclusive. Sprint’s work to expand their reach and truly offer a “limitless” campaign demonstrates a strong understanding of the youth and how to curate authentic content for mass appreciation.

Behind every great marketing campaign is a strong product. Not only did Sprint redefine its service to provide unlimited data and texting, which are two of the features young people crave the most, but also they changed the “product” of their marketing efforts.

Instead of focusing on dollars spent converting into a return on investment, as most marketing teams do, Sprint approached young people as people. Offered them free subscriptions to Tidal so they could listen to the new Jay-Z album, sponsored crazy YouTube videos from young people’s favorite influencers, and develop a brand more focused on creating and giving than on promoting and taking.

Changing the manner of the brand in this way has helped hone out authenticity and trust that are crucial for strong Generation Z brands. Even more so Sprint has outpaced the likes of Verizon and AT&T who still rely on actors to play out comical interactions in fake stores.

Sprint made every component of their company, brand, and marketing appeal to the youth and this is what has helped the campaign be so successful. Brand engagement and relationship building are the new norms for marketing and without these pieces, campaigns will suffer to gain interest from young consumers.

Read next: Review: Amazon's Fire HD8 is the best tablet you can get for $80