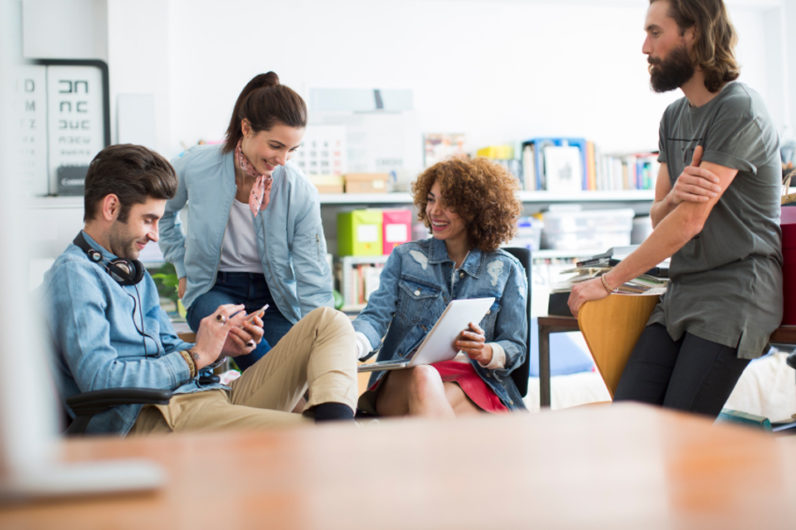 Social media has become the new American pastime. Members of Generation Z spend 8 hours on screens every day, with a large chunk of that time on social media, interacting with friends, family and influencers.

Because they spend such a massive amount of time spent online, many young people fall under the influence of “social conditioning” and make decisions and judgments based on what they see other people doing. Viral challenges, such as the Running Man Challenge and Ice Bucket Challenge, are perfect examples of people allowing social media to affect their real-world activities.

Unfortunately, too many social media influencers focus on displaying signs of success. This often involves posting pictures of expensive dinners, luxury goods and other materialistic displays that set society on a track for caring about things and money.

This has led some of the largest influencers to come together on social media for a bigger purpose. Celebrities such as Jake and Logan Paul, Steven Spence, Brent Rivera, Scooter and Yael Braun, Bryant Wood, Victoria Justice and her sister Madison Reed and Twan Kuyper have all committed to The Santa Claus Affect. This mass movement hopes to be a major source of innovation for social media, and will likely be a prime opportunity for the Facebook Original Content program.

Imagine if we lived in a world where we all operated off of kindness vs self interest… It's time to #AffectChange.

Ultimately, these influencers know they have the ability to shape the interests and habits of their followers, so they have decided to work on using this influence to foster social good. Jason Neubauer, a serial entrepreneur and one of the leading influencer marketers, pulled together these huge influencers in order to create an unstoppable social movement.

The Santa Claus Affect works with the world’s largest influencers to do random acts of kindness, teach people how to use social media to better their future and ultimately make society more focused on helping others than looking out for themselves.

While this movement has largely taken place on social media thus far, the power of these influencers has attracted the attention of producer James Burnett and Emmy Award–winning creative director Allen J. West.

Together with Neubauer, they are producing a television show for The Santa Claus Affect that will offer an in-depth look at the work of the influencers to help people. The show will include actionable takeaways, allowing viewers to learn more about how to use social media to grow or launch a business, or simply build an audience.

The Santa Claus Affect is thus leveraging both traditional media and social media to connect with people and channel the message that everyone can succeed together if we operate out of kindness rather than self-interest on a daily basis.

Another major development in this movement will be the 2018 launch of a book about The Santa Claus Affect. Neubauer is working with Heidi Krupp, literary agent for over 90 New York Times bestsellers, to put together a book on leveraging social media for social impact.

The book will include a wide range of actionable insights, sections from some of the major influencers involved and a wealth of information for those who want to learn more about how to become successful, using specific proven strategies from some of the world’s top influencers.

Furthermore, Affect Change, the general community for The Santa Claus Affect, utilizes a mobile app with blockchain technology to help facilitate awareness, education and sponsorship of causes. A special status genesis token allows users to donate directly to any cause or influencer project they are interested in and know that 100% of the proceeds are benefiting the cause.

This technology offers a new future for nonprofits and social good, since the emerging blockchain world can help increase transparency and remove the go-betweens that have typically connected people with social impact projects. The application is set for release before the end of 2017.

Finally, via a partnership with the viral clothing company RageOn, community merchandise sales will help fund $1,000 grants for anyone who applies. Applications can be submitted via social media.

All people need to do is make a post on social media telling their story and why they need help with #SantaClausAffect or #AffectChange and they will be eligible for consideration for one of the grants. Furthermore, a portion of all revenue will be donated to Deedly, a nonprofit founded by Andrew Resnick and Serinda Swan. Neubauer sits on Deedly’s board.

The Santa Claus Affect is an intensive movement supported by some of the most influential members of society and aiming to cause real change in the world. Tackling every form of media and connecting with individuals via a number of different platforms, technologies and business models, this movement is poised for record-breaking social penetration and virality.

Social media and modern technology are changing the way people interact in the world and offer a plethora of new opportunities for all those who seek to make their lives better.

Read next: Game of Thrones S07E04 leak can't be blamed on HBO hackers