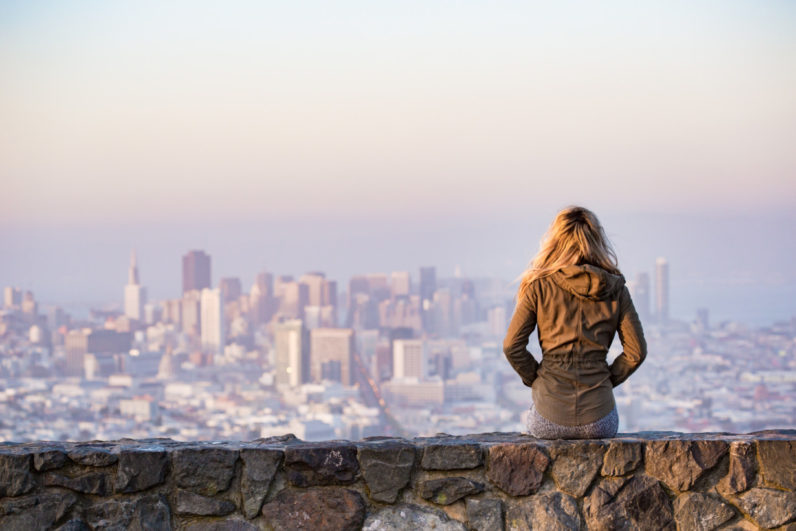 During the seven years I’ve lived in Latin America, I’ve encountered countless examples of misogyny. I originally came to Buenos Aires as part of a fellowship through Princeton in Latin America. My task was to set up a SAT prep course, but I had never done business in the region, never even set up my own business, barely spoke Spanish, so I failed miserably. That endeavor aside, I decided to stay in Buenos Aires.

I ended up working with technology startups in Buenos Aires and growing a business in the region. I remained in Buenos Aires for six years and eventually moved to Medellin, Colombia, where I’ve lived for a year. When all of the astounding, but believable, claims came out from Silicon Valley about male VCs and influencers sexual harassing women, I started to think about my experiences and the experiences of influential women in technology around me.

Before getting into what happens here, it’s important to note a strong cultural difference between the United States and Latin America. Here, there is a strong ‘machista’ (male pride) culture. My initiation into this culture came in the form of catcalling. Especially since I look different, I endured grotesque shouts in the street, stares in the subway, and aggression in bars. And the statistics back up my experiences.

For example, a Brazilian research institute conducted a survey that found 26 percent of people agree that “women who wear clothes that show off their body deserve to be attacked” and more than half also agreed that “if women knew how to behave, there would be fewer rapes.” The top three most dangerous public transportation systems in the world for women are in Latin America: Bogota, Mexico City, and Lima. Four out of the top 10 more dangerous places for women to travel are in Latin America: Venezuela, Mexico, Colombia, and Brazil. The Economic Commission for Latin America and the Caribbean (ECLAC) estimates that up to 40 percent of women in the region have been victims of violence at some point during their lives.

Working as a woman in tech in Latin America

It started out subtly. At networking events, men would note that my all female team and I had “beauty and brains.” We would shove off those comments and try to push the conversation back to business. At these same events, I’d be pulled aside and asked if a female member of my team was single and interested or if I really loved my boyfriend at the time (husband now). Again, I shook off those advances and left.

I then created strategies for any networking event I attended. I would go early, try to meet as many people as possible in a one-to-two hour span and then leave. These events, often sponsored by active startup groups, would then sometimes take a flirtatious turn, leaving my female team and me as sitting ducks — because most of the attendees were men.

What really shook me was while attending a startup pitch night hosted by a renowned accelerator, a member of my team was forcibly kissed by a male attendee. When told the story, many note that since she looks different (she is from the United States), she should get used to the attention. No one found the story outrageous in the least. But my story isn’t uncommon.

Latin American society is a machista society,” says Joanna Prieto, Co-Founder of Geek Girls Latam. “Women experience bias in many areas of life: political, social, economic, and technology is no exception.” The attitude of male dominance leaks into the working world, which is why so many women in Latin America have experienced uncomfortable situations.

I worked with Marcela Gutiérrez, who is currently Founder of LaMarch Co. We had a fantastic working relationship, and I loved finally working with a woman. While she has been able to climb the ranks in a male-dominated society, it wasn’t without some setbacks. “At one point I had a machista boss who only hired male directors,” Gutiérrez says. “I was downgraded when he took charge of the division. The guy did not like dealing with women. At one point, a colleague asked him for an appointment, and he sent his wife (who did not work for the organization) to attend the meeting.”

Alejandra Jimenez, freelance writer, translator, and Global Facilitator of Startup Weekend, also had some negative experiences. “My negative experience so far has been reporting a member who did something inappropriate and not having (in that moment) the support or reaction according to it.” Alejandra’s story, which was taken off Medium, can be found here.

I do have to note not all of my experience here is bad. Obviously I stayed, and I have plenty of extremely professional male clients and friends, who would never think to behave this way. But it does happen.

So where do we go from here? Does the machista culture mean women in Latin America have to suffer through awkward meetings, professional setbacks, and overt flirtation in the workplace?

The future of women in technology in Latin America

Marian Villa Roldán, CEO of Eversocial, explains change comes when we start “educating more women, and empowering them to become leaders in initiatives of global impact.” Her company supports initiatives such as PionerasDev, an organization that helps women learn to code.

Gutiérrez echoes this sentiment, “women need to unite and support each other. We need to coordinate better. There are already several efforts and organizations, but there is a long way to go. Recognition and empowerment between us is key. And we must set the example for the new generations without fear. Organizations such as Crea, Mujer Emprende, Epic Queen, Geek Girls, etc. do a great job bringing tools that help fulfill the potential of women. We also need to create communication mechanisms that facilitate education and reporting in terms of sexual harassment/abuse.”

I can see that Latin America is somewhat behind the US in terms of developing a strong startup ecosystem, so it has time to reflect and avoid mistakes that happened in the US startup ecosystem. Right now in the US, 61 percent of founders say their boards are all-male in the US, and the boards of later-stage startups are almost three times less likely to have a woman on their board.

If Latin American stakeholders look at what is happening in the US, then maybe it’s not too late to make the right changes now in order to avoid repeating those mistakes. As it is right now, Latin American women at least are ready to take more control of the startup ecosystem and empower other women to change the current situation.

Read next: Bored programmers on Reddit are competing to tell the nerdiest coder joke