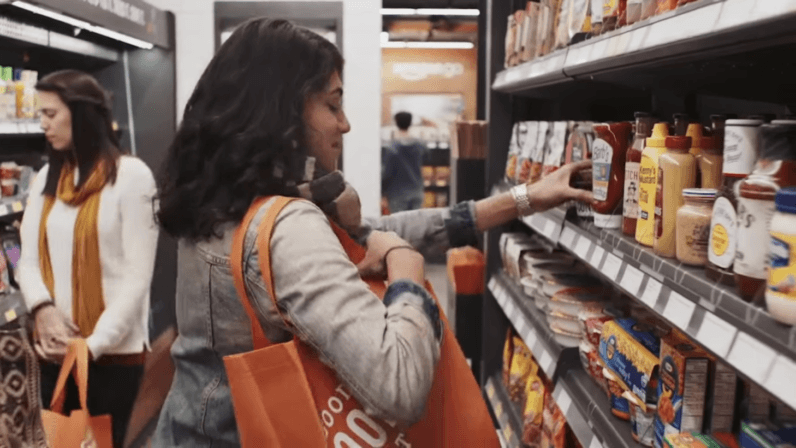 Artificial intelligence now permeates every aspect of ecommerce platforms, especially where customer interactions are involved. Smart product suggestions, AI-powered search, cognitive customer service agents are just some of the innovations that have helped make online shopping more personalized and enjoyable for the customer—and more profitable for the retailer of course.

Meanwhile, AI advances in brick-and-mortar retail have mostly remained in inventory management and back store operations. The few innovations that have happened in the customer-facing aspects of in-person retail have little or no AI involved, and have failed to make tangible positive impact in the shopping experience and gain wide adoption.

Fortunately, this is something that is fast changing as technological developments enable retailers to gather in-store data and deploy AI-powered solutions. Artificial intelligence can help fix old problems in retail tech as well as introduce new possibilities that were previously inconceivable. Here are some of the trends that are worth watching.

A few years ago, in-store beacons were supposed to be the biggest thing that happened to brick-and-mortar retail, but didn’t live up to its hype. Part of the problem with beacons is that they introduce new complexities without solving the real problems customers are facing. Beacons require customers to install an app that does little more than pop up annoying promotions that in no way rivals the personalized suggestions of online shopping platforms.

Now, retailers are experimenting with a new generation of apps powered by machine learning algorithms, whose value go beyond displaying prices and coupons. IBM Watson, a leader in cognitive computing and natural language processing, has partnered with several large retailers to help them better understand and serve the needs of their customers.

An example is Macy’s On Call, a mobile web application that uses the Watson’s cognitive computing power and location-based software to help shoppers get information while they’re navigating the company’s stores. The application is able to parse and understand natural language queries about such things as the location of products, departments and services in a particular store, and it responds in a relevant way. As is with all machine learning–based platforms, every customer interaction makes On Call smarter.

Sears Automotive is using the same technology for its Digital Tire Journey in-store web app, which helps shoppers navigate their way through the store’s wide assortment of tires using a conversational interface and find what’s best for their needs.

While providing value to customers, these apps are enabling retailers to gather a wealth of customter-related data that can in turn be used to fuel other AI-powered solutions.

Retailers annually lose a collective $45 billion to shrinkage, due to non-scans and other errors occurring at the point of sale. This is an especially serious problem at self-checkouts, the technology that was supposed reduce friction and streamline the customer experience but ended up opening a Pandora’s box of new problems.

A handful of companies are working toward addressing this problem in real time through artificial intelligence. Everseen, a software company founded in Cork, Ireland, uses computer vision and AI algorithms to analyze video feeds from retailers’ staffed registers and self-checkout feeds and automatically detect when a product is left unscanned. Whenever Everseen detects unusual activity, it sends a notification to store management via smartwatch, tablet or other mobile device. This will help prevent theft, but it will also help provide assistance at self-checkouts, which are the source of much customer frustration. The company’s current AI technology is in use by five of the world’s 10 largest retailers.

StopLift is another company that offers a similar technology. StopLift uses computer vision and video analytics to detect a number of common scams and errors at checkouts. The system compares the items it detects on video to actual POS data to track items that have not been scanned.

Both solutions become better over time as they gather more data and tune themselves to the specifics of each store.

Many believe that in the future, retail will be fully automated by AI, eliminating long lines and obviating the need for checkouts altogether. This means customers can enter a store, grab the items they need and exit—without getting arrested for shoplifting.

Though the concept is far from mature, a number of companies are making headways in this direction. Last year, Amazon announced Go, a checkout-free retail store that is still in the experimental stages. Go uses computer vision, machine learning algorithms and IoT sensors to understand customers interactions across the store. The technology automatically updates the shopping cart in an associated mobile app whenever a customer picks up or returns an item from a store shelf.

Amazon’s plan to open its store to the public in 2017 has hit some hurdles. But the complexities have done nothing to deter the online retail giant’s resolve in creating the store of the future, and its $13.7 billion acquisition of the Whole Foods might have something to do with it.

Neither has Amazon’s difficulties prevented other companies from making similar moves, including Walmart, the largest retailer in the U.S., which is taking serious strides to incorporate AI in its retail stores.

Everseen, which has been working on a similar concept since 2012, plans to introduce its own checkout-free technology soon. Called 0Line, the solution will provide retailers with an AI-powered network of video cameras, sensors and biometric data to recognize customers. All of this will interact with inventory, POS and a mobile-based payment solution that will enable instant transactions. By the time customers leave the store, their accounts will have been charged and an itemized virtual receipt will be made available to them.

Thanks to a number of developments, AI’s reach is fast expanding into every domain of the physical world. These examples show that brick-and-mortar retail is bound for some major transformations. In a few years the in-store shopping experience may look much different from what we’re used to, maybe even smarter than its online counterpart.

Read next: From Uber to Postmates: A tipping guide for the sharing economy